Seeing the conditions that some stray dogs have the live in can break your heart, especially if you?re an animal lover. When I saw what this two-legged stray had to do on the streets in China, it brought tears to my eyes. The stray was named Si Bao by a owner who later abandoned her. Then, after being left by her owner to fend for herself on the streets, she faced tragedy. 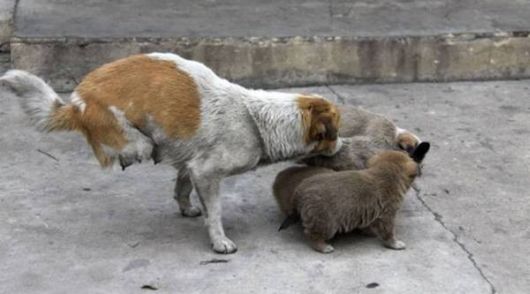 Si Bao, after becoming a stray, was hit by a speeding train. Her injuries were so severe, she lost her two back legs. 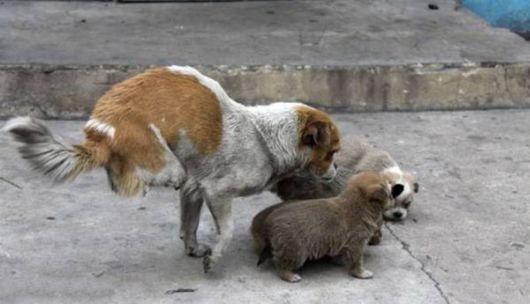 Then, she became pregnant and gave birth to a litter of puppies? who were all healthy, thankfully. 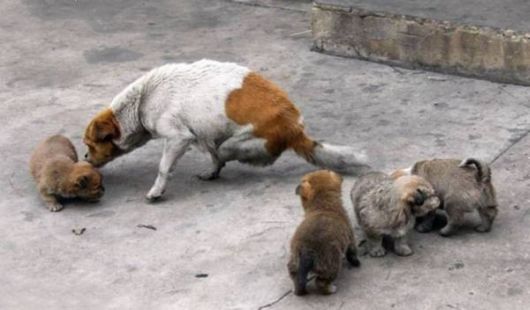 Even though she doesn?t have her back legs, it didn?t make her weak. 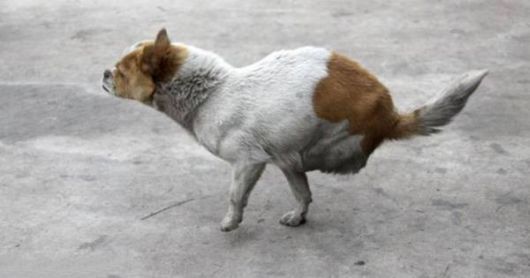 Si Bao lovingly nuzzles and protects her pups, all while balancing on her front legs. 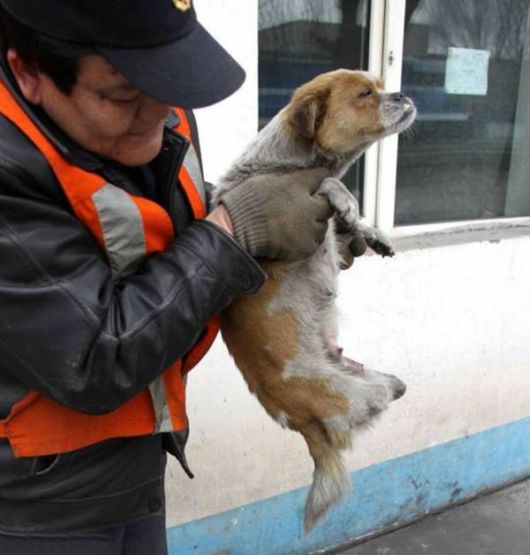 She?s a tough mommy, and a survivor.
There are over 130 million stray dogs living on the streets in China, with Si Bao and her puppies just being a tiny part of that population. The number of strays has been growing because of China?s urbanization. Families are moving deeper into cities and high-rise apartments that have little room for pets. So, much like this girl?s owner did, they leave their pets behind.

We hope this unique momma dog and her puppies find a good home, safe from speeding trains and with plenty of love.