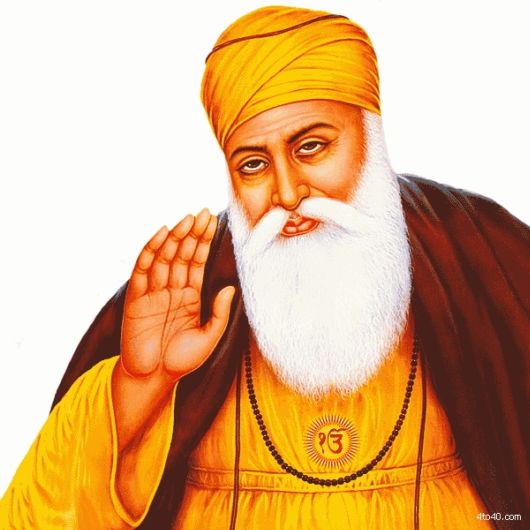 Guru Nanak Jayanti festival commemorates the birthday of Guru Nanak Dev the founder of the Sikh faith.Guru Nanak is the founder of Sikhism. Sikhism is still based on his teachings and those of the nine Sikh Gurus who followed him. 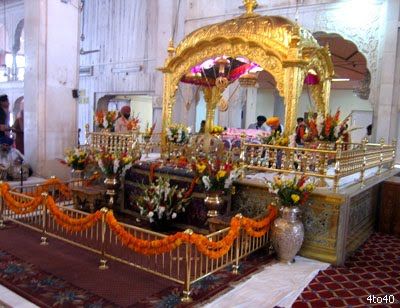 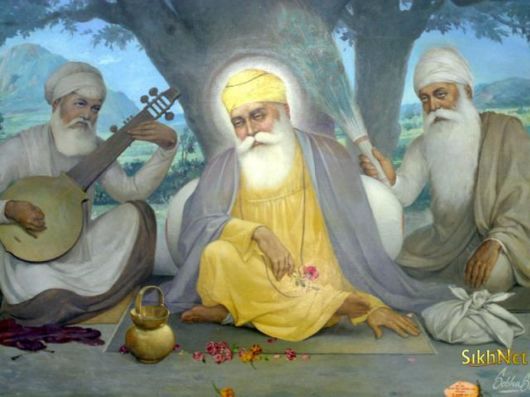 "There is one God, Eternal Truth is His Name; Maker of all things, fearing nothing and at enmity with nothing; Timeless is His Image; Not begotten, being of His own being; By the grace of the Guru made known to men. As he was in the beginning, the Truth; So throughout the ages He ever has been, the Truth; So even now he is the Truth Immanent; So for ever and ever, He shall be Truth Eternal." These words express the basic belief of Sikhs. 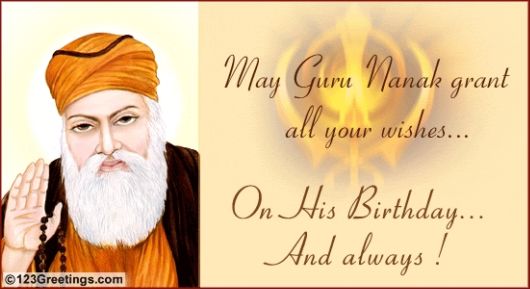 Guru Nanak Dev was born in the Hindu Month of Kartik (October-November) in 1469 AD at Talvandi, almost 30 miles from Lahore.

Guru Nanak was born into a Kshatriya family and was a son of an accountant. Even as a child, Nanak had a mystic disposition and had a contemplative mind.

He was of a pious nature and started meditation and spiritual practices very early in life. As a seven year old boy, he questioned his Hindi teacher about knowledge and how will it help to attain freedom. 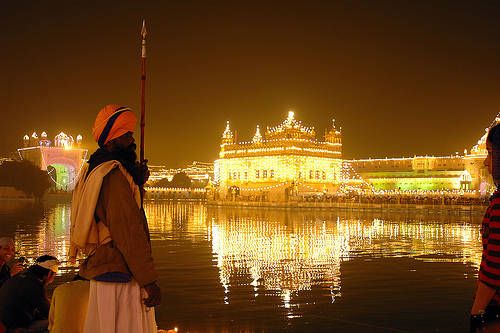 His father then tried to divert his mind to worldly affairs and asked him to cultivate land and tend the cattle. He also put him in charge of a shop but all his efforts failed as his only work was meditation and praying to God. Guru Nanak eventually married and had two sons but he left his family life and became an ascetic. 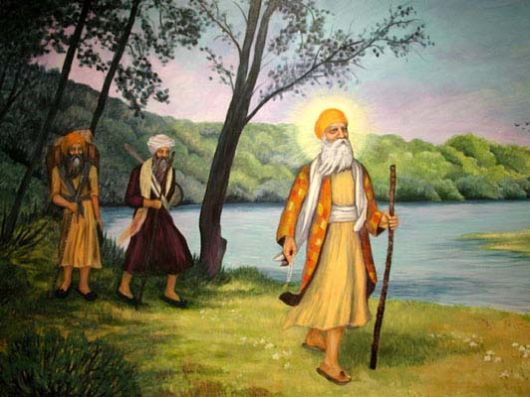 The festivities in the Sikh religion revolve around the anniversaries of the 10 Sikh Gurus. These Gurus were responsible for shaping the beliefs of the Sikhs. Their birthdays, known as Gurupurabs. 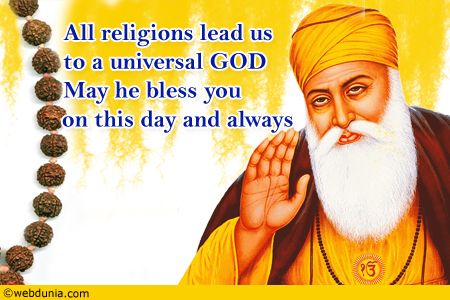 God is one, but he has innumerable forms. He is the creator of all and He himself takes the human form

The word is the Guru, The Guru is the Word, For all nectar is enshrined in the world Blessed is the word which reveal the Lord’s name But more is the one who knows by the Guru’s grace 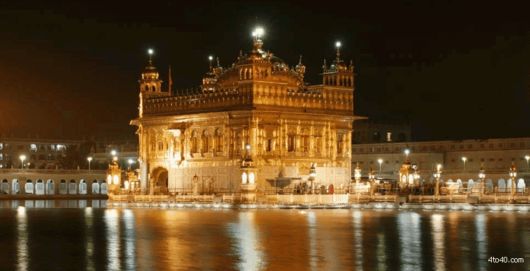