The festival is celebrated on the eighth day (Ashtami) of the Krishna Paksha (dark fortnight) of the month of Bhadrapada (August?September; However, in both traditions it is the same day. So, we have works like Vishnudharmottara Purana saying Krishna Ashtami is in the Bhadrapada month and Skanda Purana stating that it falls in the month of Shravana) in the Hindu calendar. Rasa lila, dramatic enactments of the life of Krishna, are a special feature in regions of Mathura and Vrindavan, and regions following Vaishnavism in Manipur.[2] While the Rasa lila re-creates the flirtatious aspects of Krishna’s youthful days, the Dahi Handi celebrate God’s playful and mischievous side, where teams of young men form human towers to reach a high-hanging pot of butter and break it. This tradition, also known as uriadi, is a major event in Tamil Nadu on Gokulashtami. 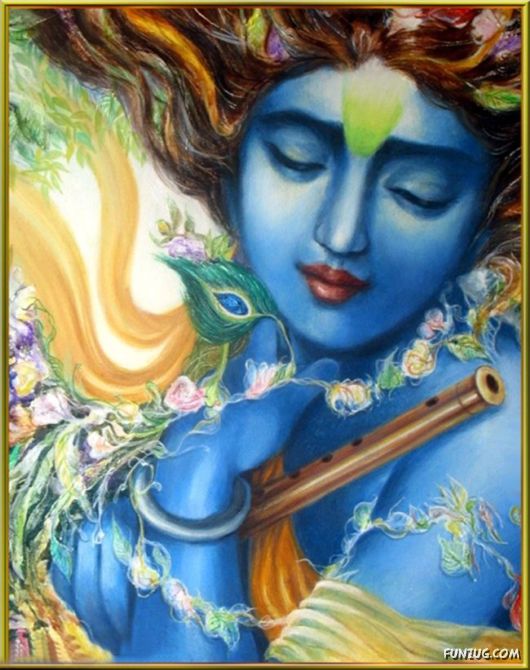 Krishna was the 8th son of Devaki and Vasudeva. Based on scriptural details and astrological calculations the date of Krishna’s birth, known as Janmashtami, is 19 July 3228 BCE and departed on 3102 BCE. Krishna belonged to the Vrishni clan of Yadavas from Mathura, and was the eighth son born to the princess Devaki, and her husband Vasudeva.

Mathura (in present day Mathura district, Uttar Pradesh) was the capital of the Yadavas, to which Krishna’s parents Vasudeva and Devaki belonged. King Kansa, Devaki’s brother, had ascended the throne by imprisoning his father, King Ugrasena. Afraid of a prophecy that predicted his death at the hands of Devaki’s eighth son, Kansa had the couple locked into a prison cell. After Kansa killed the first six children, and Devaki’s apparent miscarriage of the seventh (which was actually a secret transfer of the infant to Rohini as Balarama), Krishna was born.

After his birth Vishnu ordered Vasudeva to take Krishna to Gokul to Nanda and Yashoda where he can live safely,away from his evil Uncle Kansa.So Vasudeva took Krishna with him and crossed Yamuna to reach Gokul .There everyone was asleep,so he quietly kept him there and returned with Yashoda’s daughter.Kansa,thinking her to be Devki’s eight child,threw her on a stone.But she rose in air and transformed into Yogmaya(who is Vishnu’s helper)and warned Kansa about his death.Then she disappeared.Krishna grew up in Gokul with his brother Balram.Then he returned to Mathura and killed Kansa with the help of his brother,Balram. 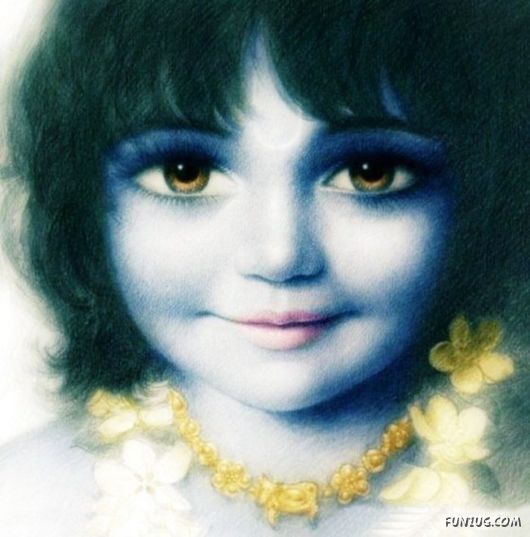 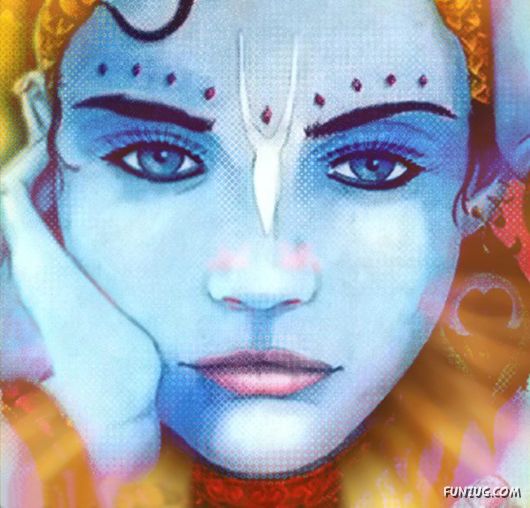 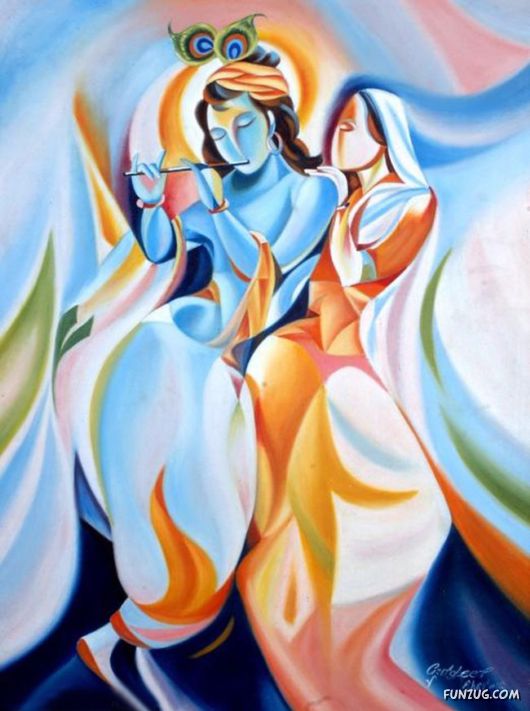 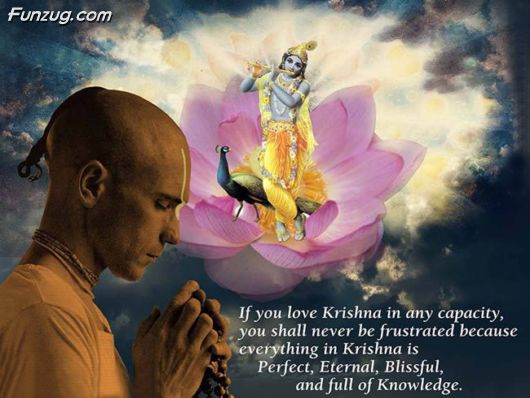 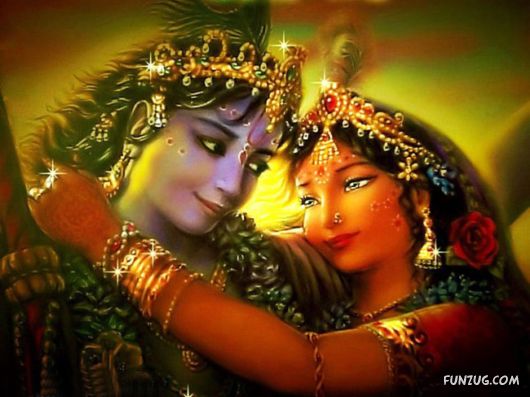 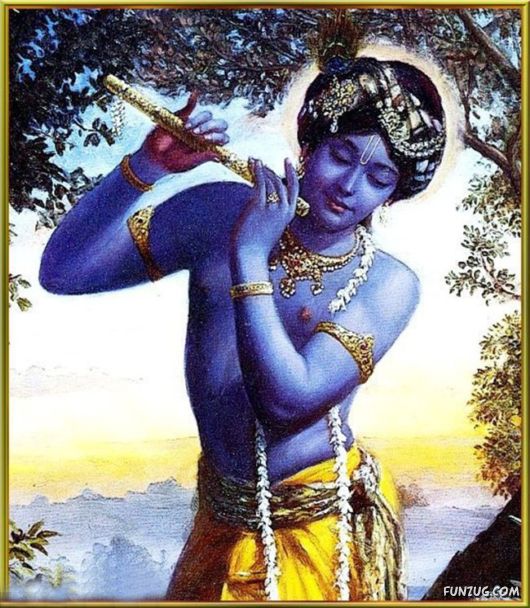 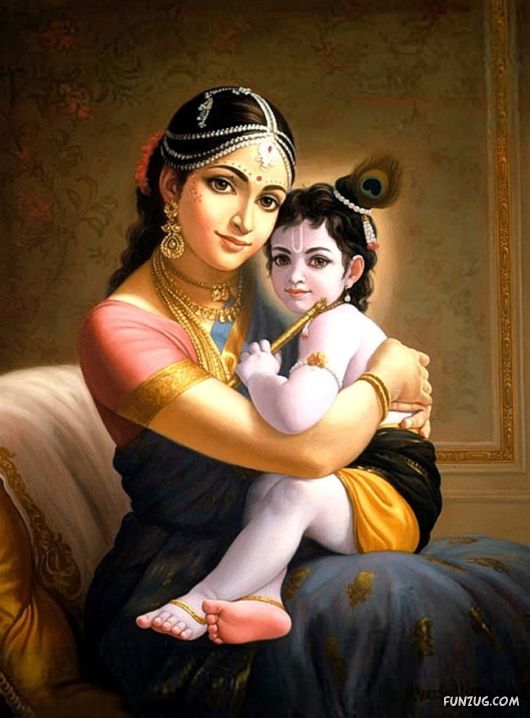 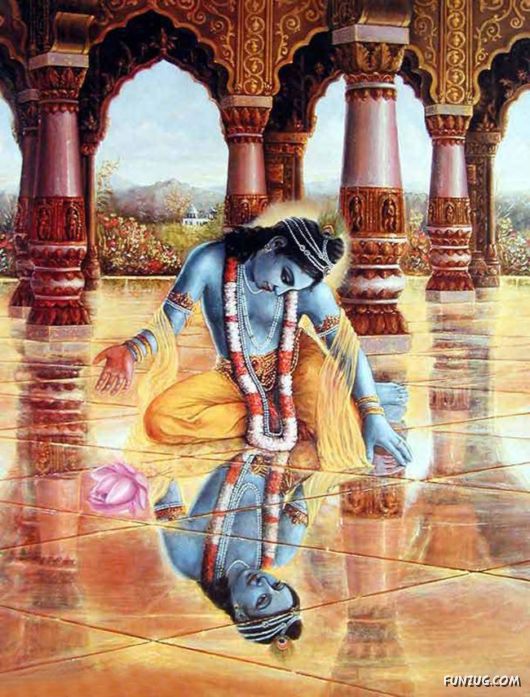 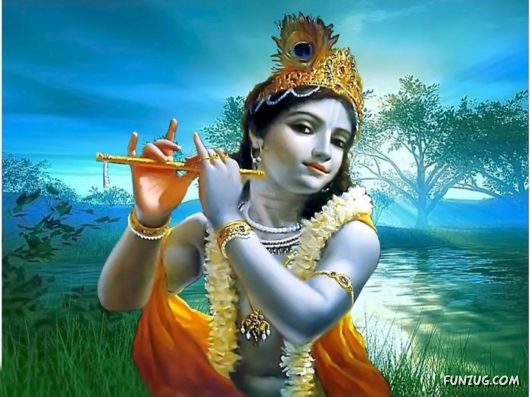 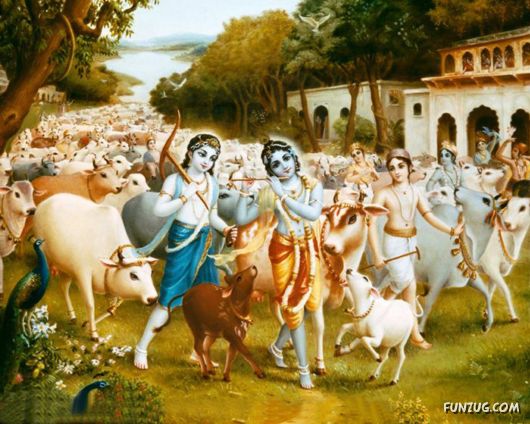 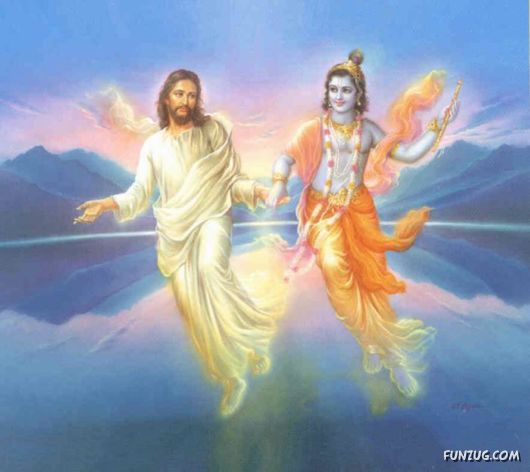 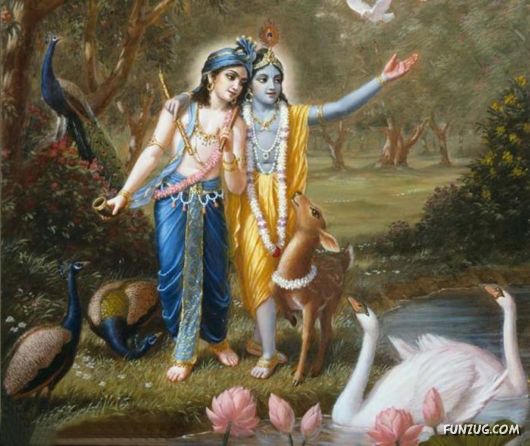 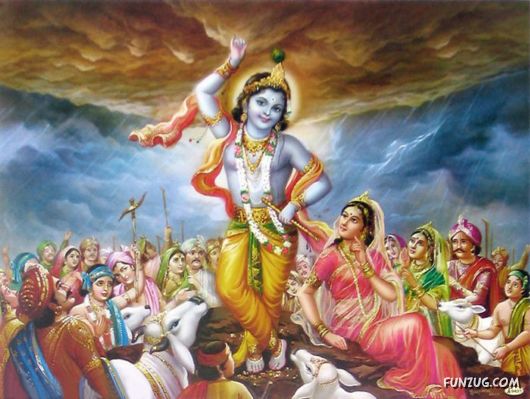 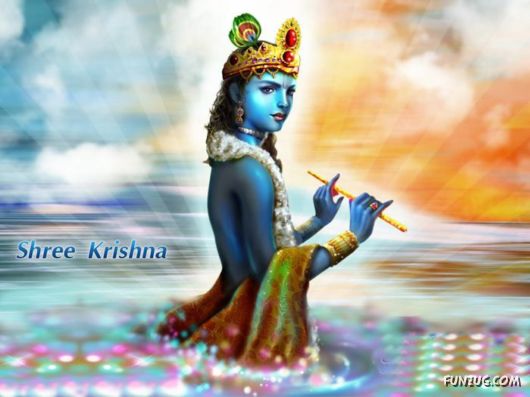 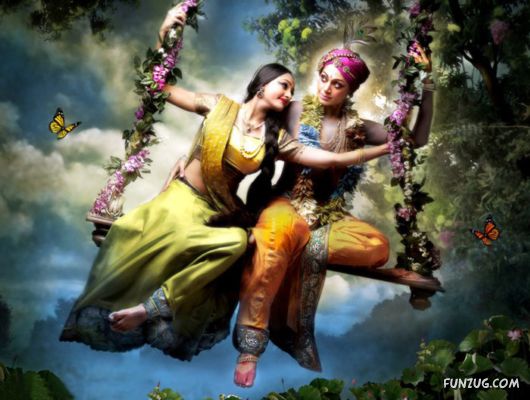 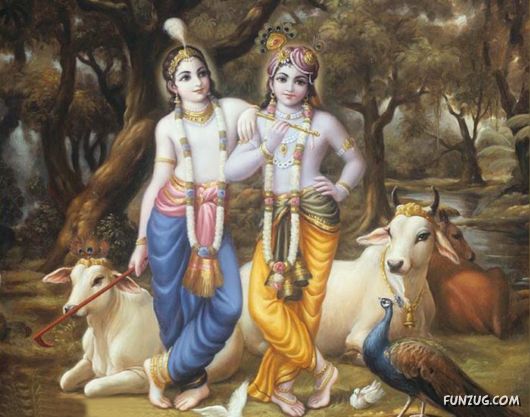