Our body does curious things, like yawn or hiccup just to name a few. But why does this happen? After doing some research, I’ve compiled a list of 10 of the most common-yet-odd things our body does with simple scientific explanation of the “how” and “why”. These are the questions you’ve always asked yourselves but have never gotten answers to. 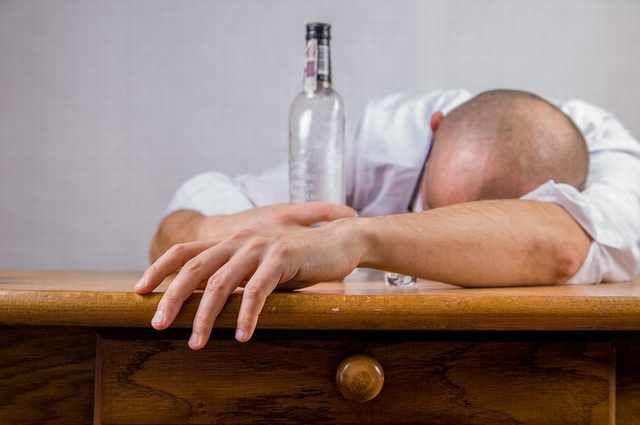 If you ever indulged and consumed large amounts of alcohol, there’s a good chance that you cannot recall some of the time while you were intoxicated. Studies show that alcohol can prevent the brain from transferring data from short-term to long-term memory. It interferes with your brain’s receptors that transmit glutamate, a compound that carries signals between neurons. They are in-charge of sending signals between parts of the brain. This causes some neurons to work, while others are blocked, effectively preventing different parts of your brain from communicating with each-other and you from remembering events that occurred during that time.

For years, doctors treated the appendix as a vestigial organ that is more harmful than useful. Appendixes can become inflamed and rupture, posing a serious threat to our life. Doctors would perform unnecessary appendectomies on healthy appendixes for years, as a preventative measure. After years of research, however, researchers finally discovered the reason we still have the appendix – it provides a safe haven for the good bacteria that live in our guts in times of severe sickness, keeping them safe while the body fights the infection allowing them to return to the digestive system, boosting our immunity.

A Lump in your Throat:

Have you ever felt like there’s something in your throat when you know full well that there isn’t anything there? This is most common when we get bad news or when we’re on the verge of crying. This reaction is part of the “Fight or Flight” mechanism in humans when they are under severe stress or are in danger. Part of the response includes hastened breathing. This is aided by your vocal chords expanding to allow more air intake. When you then try to swallow, your muscles effectively work against each-other, causing the lumpy sensation.

That shiver down your spine

That shiver in the base of your spine, often accompanied by goosebumps, can happen in different situations. It often occurs while you’re experiencing a stressful situation, when your brain releases large amounts of adrenaline into your system, increasing your alertness and reaction time. Adrenaline also causes hair to stand on end and your muscles to contract. This can also happen when experiencing other intense emotions, such as love or when you hear music you really like, as they too can cause the release of adrenaline.

You probably noticed that after spending a prolonged time in a bath or a pool, your fingers and toes become wrinkled. Scientists now believe they’ve solved this mystery; Experiments have shown that people with wrinkled fingers/toes have a better grip of wet surfaces. It is believed that this has helped our ancestors use tools better in watery conditions. Their enhanced abilities improved their survival rate, leading to the gene that causes finger-wrinkling to become as wide-spread as it is today.