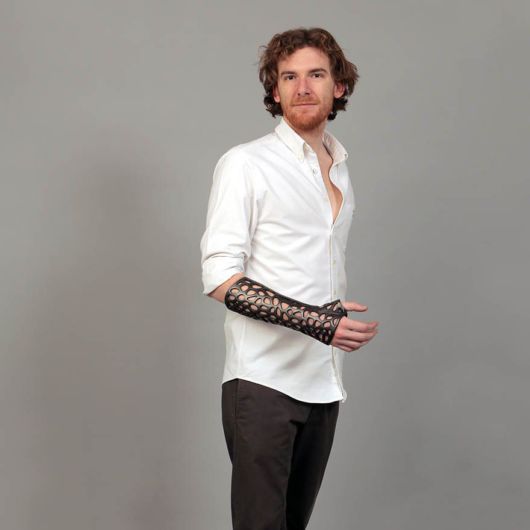 Designer Deniz Karasahin has created a prototype for a new kind of cast called ?Osteoid? that will hopefully help revolutionize the treatment of broken bones. His 3D-printed cast is stylish and more effective than the currently ubiquitous plaster casts we all know and dread.

The cast?s slick look isn?t just eye candy ? the holes prevent the cast from becoming excessively stinky or itchy, which is a common problem with big, heavy and non-breathable plaster casts. Its plastic construction means that it itself is waterproof but that it will also allow the patient?s skin to breathe.

The cast?s production process seems like it?s right out of a sci-fi movie. First, a 3D scan is done of the patient?s arm. Then, modeling software generates a cast and creates holes. All of this is transferred to a program that finally allows a 3D printer to create the cast.

The cast also has an ultrasound system called LIPUS (Low-Intensity Pulsed Ultrasound System), which greatly increases the healing speed of broken bones. This system couldn?t be used in plaster casts because of their composition, but it can be freely incorporated into these 3D-printed casts.

Perhaps most important of all, however, is that the cast can come in any color that plastic can be printed in. So while you won?t be able to get your cast signed anymore, you may actually end up looking stylish when wearing it. 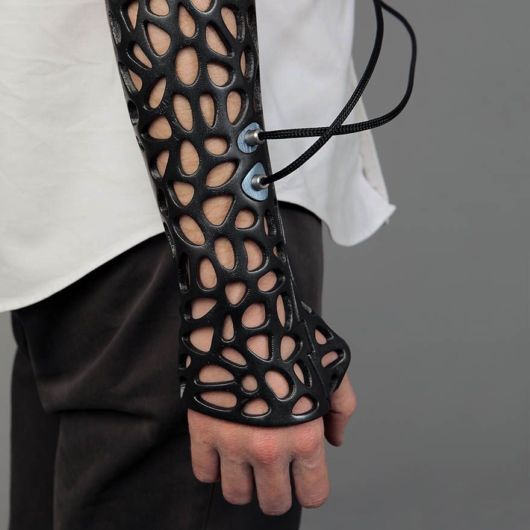 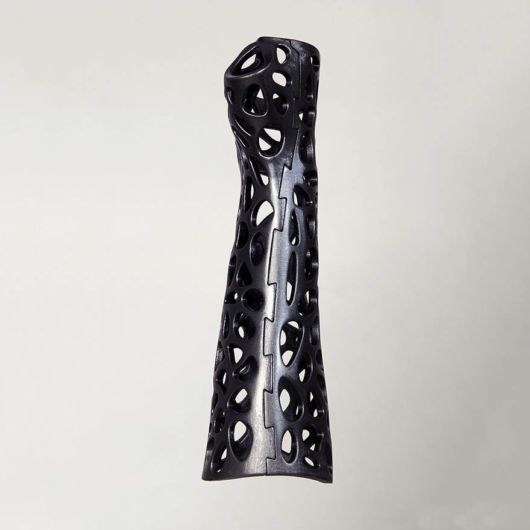 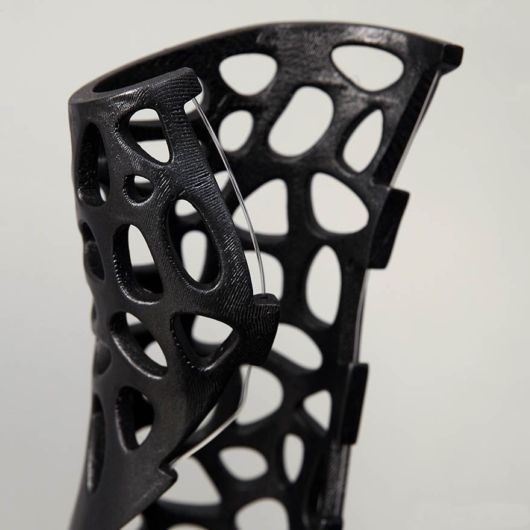 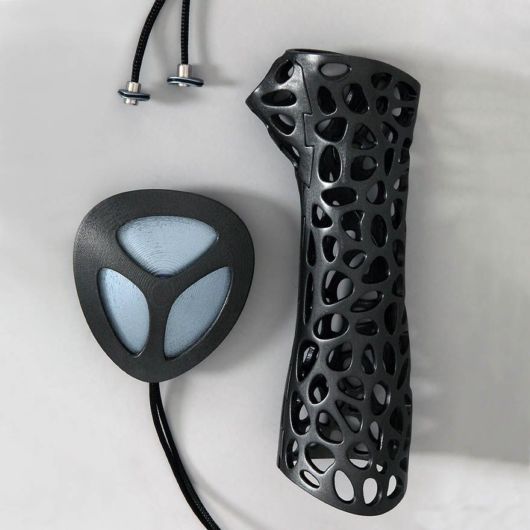