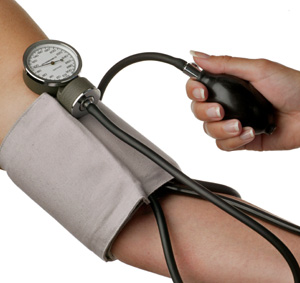 Are you eating enough of these 5 amazing foods that help reduce high blood pressure?

Did you know that stroke and coronary heart disease still remain to be on the list of the top three main causes of death in the USA and the world over ? It’s time to take your health seriously so you don’t fall victim to these!

What is High Blood Pressure and how does this come into play?

According to the National Institute for Health, blood pressure levels of 140/90 mmHg or more can be classified ashypertension.

The worst part about having high blood pressure is that the condition can sometimes be present without any symptoms and before we know it, the damage is already extensive. Serious problems that have been associated with high blood pressure include kidney failure, heart attack, heart failure and stroke.

What are the Risk Factors Associated with High Blood Pressure?

Blood pressure can be influenced by a lot of factors ? age, race, family history, tobacco use, sedentary lifestyle, diet, binge drinking, and stress levels. Chronic conditions such as sleep apnea, diabetes and high cholesterol levels can also precipitate the development of hypertension.

What can You Do to Lower Blood Pressure?

You don’t need potentially dangerous drugs to control and reduce your blood pressure. Controlling blood pressure levels could be as simple as doing lifestyle modifications and eating healthier.

If you are a smoker, quit. If you drink heavily, try to practice self-control. At work, take the stairs instead of the elevator. And if you have been obsessed with sweet, sugary foods as well as processed fast-food meals, then modify your eating habits as well. Learn to eat the right kinds of food before it’s too late.

Below are 5 of my top picks for powerful foods that could help you lower your blood pressure levels:

The use of artichokes has been implicated in the lowering of cholesterol levels in the blood. Since hypercholesterolemia is one of the risk factors for high blood pressure, this information is actually good news. Three clinical trials conducted separately by Dr. Barbara Wider supports this fact. In Cochrane Database of Systemic Reviews? October 2009 issue, where the result of the study was published, it was shown that patients who were diagnosed with hypercholesterolemia and given Artichoke leaf extract exhibited a decrease in their blood cholesterol levels.

Artichokes taste amazing steamed (generally steam for about 1 hour) and then dip each piece into a mixture of olive oil, grass-fed butter, and garlic. Delicious!

A study published in The New England Journal of Medicine says that incorporating bananas in your day-to-day meals can actually cut stroke-related deaths by as much as 40 percent. A 1997 study at Johns Hopkins University recommended eating at least five bananas daily to achieve the desired effect, and that is to lower elevated blood pressure levels. However, a study conducted by Indian researchers at the Kasturba medical college revealed that people who eat two bananas a day, for one whole week, can lower their blood pressure levels by 10 percent.

Bananas are rich in potassium, which is responsible for the proper functioning of the heart. It works with sodium to maintain balance of the body?s fluids, which is an important factor in the regulation of blood pressure.

A research study conducted by scientists from Barts and The London School Medicine revealed that simply drinking one 500 ml glass of beetroot juice each day can produce astounding health benefits, especially to the heart.

Beetroot juice has been found to lower high blood pressure levels. Professors Amrita Ahluwalia and Ben Benjamin, from the William Harvey Research Institute and Peninsula Medical Center, respectively, led the research efforts, which revealed that the consumption of dietary nitrate that is found in beetroot has BP-lowering effects in as fast as 1 hour after ingestion, with the effect lasting for up to 24 hours. The result of the study was published in the March 2008 issue of Hypertension.

You can try beetroot juice, or also try baked beets sliced on salads or as a side dish to dinner.

A study conducted by researchers from Germany?s University Hospital of Cologne revealed that cocoa can significantly lower high blood pressure levels. Study results were published in the Archives of Internal Medicine. The beneficial heart effects of cocoa are attributed to its flavonoid content, specifically procyanids.

Because cocoa is most commonly found in chocolate, people falsely assume that eating a lot of chocolate could be good for the health. Keep in mind that cocoa in chocolates have undergone a lot of processing, and it has been mixed with loads of sugar, so this is not totally healthy. The best way to take advantage of the health benefits offered by cocoa is to choose raw cacao ? it is good for the heart, the brain and the liver. Raw cacao nibs go great in smoothies! Also use organic cocoa powder in smoothies or homemade hot cocoa sweetened with stevia instead of sugar.

Researchers from South Australia?s University of Adelaide have conducted studies, which provide solid proof that the consumption of garlic can indeed help lower elevated blood pressure levels. Garlic supplements in powder form were given and results revealed that it produced a reduction in systolic blood pressure. Garlic has been known all over the world as a very important herb, especially with its heart-protecting capabilities. It helps lower blood cholesterol levels and prevents blood from forming clots (which could lead to heart attack and stroke).

Furthermore, the Proceedings of the National Academy of Sciences journal has published the results of a laboratory test showing how garlic juice can lead to a decrease in blood pressure levels. Eating the equivalent of 2 cloves of garlic each day can significantly contribute to the health of the heart.