Heartburn and acid reflux is painful and uncomfortable but also, unfortunately, terribly common. In fact, studies show that one in every five Americans suffers from acid reflux, and many more have experienced the condition at least once in their lifetime. For many, the burning feeling in the throat and chest is all too familiar and oh so difficult to banish.

In the past few years especially, more and more people have also started opting out of heartburn and acid reflux medication, ever since some of these drugs have been found to increase mortality rates. At the same time, suffering silently and trying to cope with the symptoms doesn’t sound like the best strategy either. So, what should acid reflux sufferers do? Well, it turns out that there are many medically-approved home remedies and small but beneficial habits to consider. Below, we list 7 of such excellent tricks and remedies, give them a shot!

What is acid reflux? 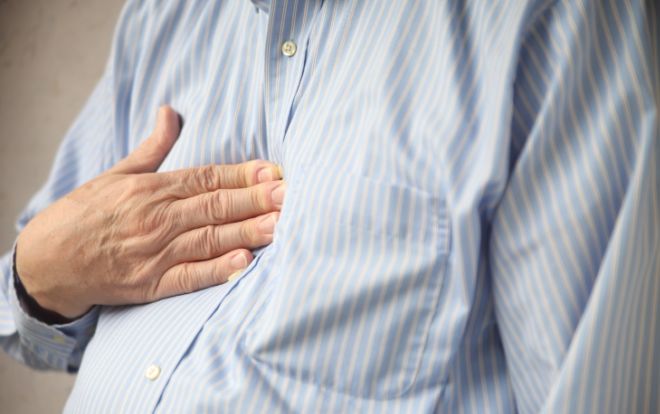 Before we discuss the remedies for acid reflux, let’s try to understand why this symptom occurs in the first place, as this will help you manage the condition much better. Acid reflux occurs when stomach acids spill out upwards into the esophagus, which is the pipe that leads food from your throat to the stomach. Between the esophagus and the stomach, there is a “valve” called the lower esophageal sphincter, which tightens and relaxes at the right time to let food into the stomach but not let the acid splash out.

When this sphincter doesn’t work as it’s supposed to, you get acid reflux. Unlike the stomach, the esophagus doesn’t have the membrane protecting it from stomach acid, and the lining of the esophagus becomes damaged, causing burning pain in the chest and throat. Home remedies go a long way in managing this painful symptom. They intend to position the body in a way that will not allow the stomach acids to leak into the esophagus and will make the stomach less likely to do so in the first place.

1. Licorice and other herbs 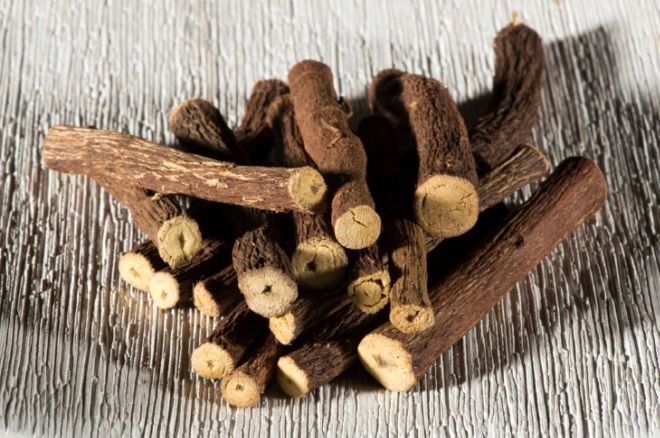 People have been taking licorice to aid digestion and deal with digestive issues for millennia, and the herb has a pretty amazing soothing and anti-inflammatory effect on the entire digestive system. However, when it comes to ordinary licorice root, it can only be enjoyed in limited quantities as drinking too much licorice tea or even eating too much licorice candy can affect the cardiovascular system, so you shouldn’t take traditional licorice every day if you’re suffering from vascular issues or heart problems.

A safer alternative is deglycyrrhizinated licorice (DGL), in which the glycyrrhizin compound that raises blood pressure has been removed. It usually comes in tablets with no taste which you should take 20-30 minutes before a meal.

Other herbs, such as ginger and chamomile likewise have soothing properties for the digestive tract and may help you with acid reflux symptoms as well, if you’re not a fan of licorice. All of these herbs can be enjoyed through an herbal tea taken 15-20 minutes before or after a meal.

2. Avoid sleeping on the right side 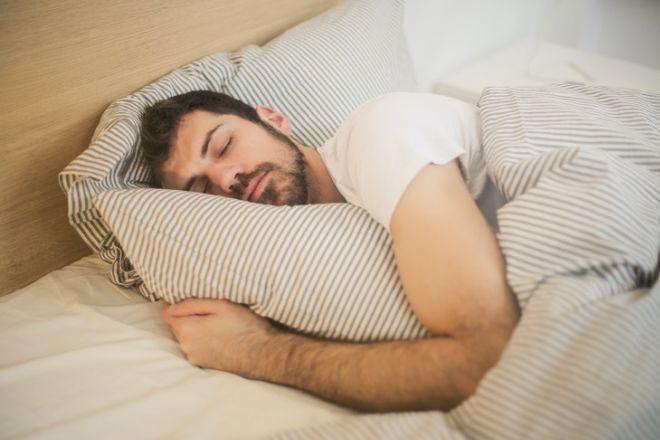 Do you prefer to sleep on your right side? Switching things up may be worth a shot if you’re suffering from acid reflux, as studies have shown that sleeping on the right side significantly worsens the symptoms of the condition. Though scientists aren’t entirely sure why it happens as of now, it’s most likely due to human anatomy.

This is because the esophagus actually enters the stomach not from the center, but the right side in most people. Therefore, when you lay on your right side, the acid is more likely to reach the esophageal sphincter and leak out. Try switching sides and start sleeping on the left side, if you can. 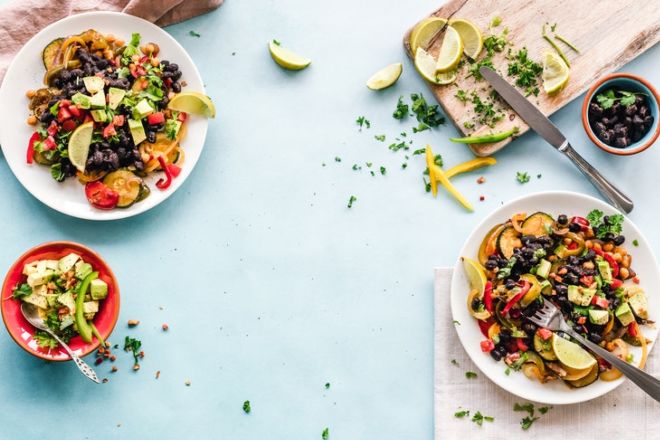 One of the main reasons why acid reflux occurs, in the first place, is because the stomach is stuffed with food to the brim and pressure builds up inside, making the esophageal sphincter more likely to stretch out and let acid spill into the esophagus. Hence, managing portion size can go a long way and reduce the likelihood of heartburn and acid reflux.

4. Limit how much coffee you drink 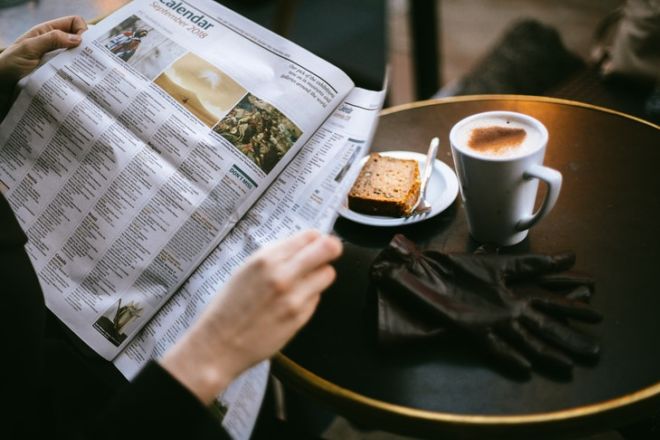 Dear fellow coffee drinkers, we have bad news for you – drinking too much coffee has been found time and time again in studies to worsen or trigger acid reflux. Coffee does so in a few different ways. Firstly, coffee has been found to be capable of temporarily weakening the esophageal sphincter. Secondly, the acid damage to the esophagus among coffee drinkers was greater in one study compared to those who don’t drink coffee and still have acid reflux.

And lastly, one research article even showed that coffee increased the duration of acid reflux episodes between meals. Thus, even if the coffee itself does not cause acid reflux, it may make it worse, so cut down on the amount you drink to 1-2 cups a day, or try eliminating it altogether and see if it helps with your symptoms.