The road to a body that’s in good shape doesn’t only pass through the gym, and a sharp mind requires more than just crosswords to continue helping you overcome those daily challenges. This is exactly what the following training system is meant for, giving you a plan for each day of the week. Each day will have a different activity for you that will help you burn calories, keep your body strong and your mind active.

In order to follow the plan you don’t need a gym membership or to buy expensive equipment, only a little willpower and 30-60 available minutes every day that will do you a world of good. Keep reading, and by the end of this article, you’ll realize how easy it is to live a healthy life and train your body and mind every day.

How does it work?

Physical exercise is an excellent way of keeping a mind healthy, so tells us the head of the Center for Brain Studies in Seattle, Dr. John Medina. The effort and the act of working the muscles both increase the blood flow throughout the body, which leads to a quick oxygen exchange and a rise in the creation of various chemicals that help us focus, solve problems and remember things for longer periods of time. The center conducted a study with adults who were not in the habit of performing physical exercise, and were asked to perform a light run for 30 minutes, 2-3 times a week. When they were tested again after a few weeks, there was a 30% rise in the participants’ ability to focus, remember and handle multitasking.

It’s important to note that this improvement isn’t permanent. In a follow-up study performed some time later, it was found that the participants who went back to their former lifestyle of low physical activity, lost the 30% improvement they previously gained. Now imagine what would happen if those participants, instead of just training 2-3 times a week, would train 7 days a week.

Even better, instead of imagining it, you can just try this training program and experience the change for yourselves.

You may be surprised to hear this, but walking through the park, the woods, or any other natural environment is a lot more beneficial for the body than walking along the city streets. A study conducted by the University of Michigan found that spending time in a natural environment improves concentration and memory much better than an urban environment.

A natural environment calms the brain and allows it to deal more efficiently with information processing and memory processes we’re not even aware of most of the time. The air is cleaner, we are less disturbed by distractions and the very fact that you’re leaving your regular environment will encourage you to invest more time and effort into training. Also, although it is very common, try to avoid walking with earphones and listening to music. Though it helps to pass the time, music decreases the ability of the brain to concentrate.

Activities like yoga, meditation and Tai Chi have been known for quite some time to help keep our body flexible and steady. However, a study conducted in 2005 showed they also have a positive influence on the brain’s sensory perception. Professor Kathryn Kerer headed the study and tested people who meditated every day. She found that their sensory perception (touch, accuracy and reflexes) was abnormally high for their age group.

The movements of the yoga and tai chi exercises strengthen the muscles in our body and the nerves in the end of our extremities, so it’s much easier to keep our balance even as we get older. 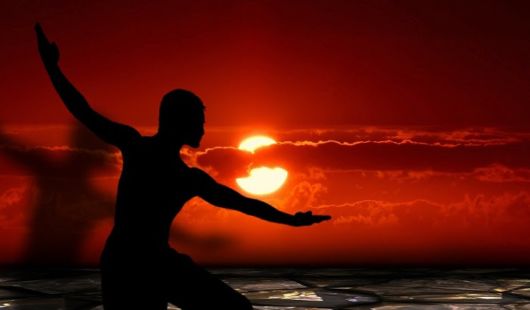 After resting a little on the second day, it’s time to put on your sports shoes again and go on a light run. Why does this strengthen the brain? While the body is performing an activity such as a quick run for several minutes, the accelerated blood flow encourages the development of an area in the brain called the hippocampus. This part is located on both sides of our temporal lobes and has a major role in creating new memories, as well as helping us navigate.

"Complex movements that require us to operate the brain in a conscious way so it in turn can operate muscles in a special way strengthens many parts of the brain", so says John Martin, a brain researcher working at the University of Colombia. Most of the time we use these exercises to challenge kids and friends, but they can actually be an important and very meaningful part of our training program. It could be standing on one leg, parallel lifts of limbs on opposite sides of the body or making circular motions in different directions with your hands or legs. You just need 30 minutes to perform these exercises in the comfort of your living room or do them as part of a more complex workout. 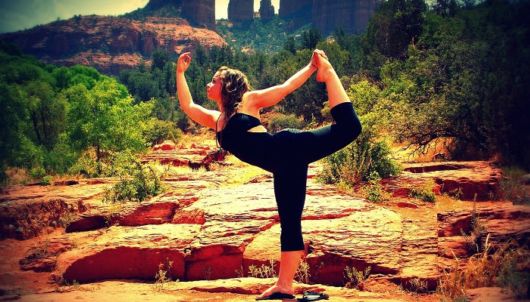 What does a tennis ball have to do with strengthening the mind? Coordination of course! The computations and precision the brain needs to operate when you’re passing a ball from hand to hand or launching it into the air and catching it are much more complex than we tend to think. If you combine these actions while walking, you won’t only make things more challenging for the brain, they’ll also help you pass the time more quickly and increase your enjoyment. Even if you’re not on a walk but sitting at home watching tv, you can still enjoy the benefits of this activity and how it helps your concentration and dexterity with just 10 minutes of passing a tennis ball quickly from hand to hand.

In addition to physical activity, social interaction has been proven by many studies to improve brain processes, contribute to memory preservation and even help prevent the onset of Alzheimer’s. Also, by adding others to your workout routine, you increase your commitment to the program, and the mutual motivation you give each other increases the chances of you being able to handle the hardest day of this weekly workout together. If you haven’t found a partner for walking activities that combine a bit of running (similar to day 3), try activities like riding a bicycle or swimming. 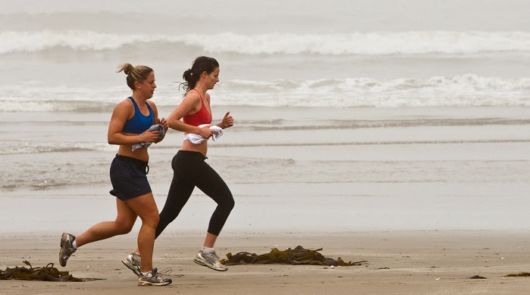 Day 7: Repeat day 4, but with a blindfold

If you take eyesight out of the equation, your brain will have to work much harder to keep its balance and perform exercises that demand awareness and concentration. As time passes, our brain loses its flexibility, and the variety of efforts it takes to perform balancing exercises (or any other activity) without the use of our eyes help us retain this important ability. Of course you should be VERY careful when doing this, so try exercises that do not require standing but can be done while sitting or lying down. John Martin adds that "because our sense of sight is such a large part of our perception of our surroundings, neutralizing it is the best way to get our brain out of its "comfort zone" and challenge it as well as our body."

Physical activity has a powerful influence on memory, our cognitive processes and our brain in general. At the same time, our brain has a powerful influence on our body, so remember to eat right and feed them both! And please remember – even if you can’t commit to an exercise every day of the week, keeping to this program with a day or two between the exercises will still do wonders for your body and mind.