You may love spicy foods for their punch of tantalizing, peppery flavor, but those jalapenos, red chili peppers and cayenne pepper are packing more than just a party for your taste buds. Researchers have found spicy foods contain a number of ingredients that have been found to promote a healthy heart, protect against cancer and improve overall longevity. 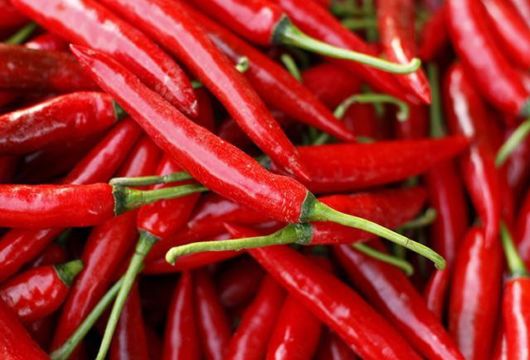 Fewer deaths among spicy food lovers
Researchers at Harvard T.H. Chan School of Public Health and Channing Division of Network Medicine, Brigham and Women?s Hospital, gathered health and diet data from 487,375 subjects, ages 30 through 79. Those with a past diagnosis of cancer, heart disease, or stroke were excluded from the investigation. At a median follow-up 7.2 years later, there had been 11,820 deaths among men and 8,404 deaths among women.

Interesting to note: Those enjoying spicy foods frequently were also less likely to have died from specific diseases like cancer, heart disease and respiratory complications. These conclusions were drawn only after researchers made adjustments for other known factors.

Spice up your health by protecting your heart

Other studies have supported the link between spicy foods and disease prevention, including heart disease. According to results of one such study presented in the American Chemical Society, the ingredient capsaicin ? a shared component of jalapenos, cayenne pepper and red chili peppers ? may actually lower the risk of cholesterol buildup, which can help you avoid unwanted heart problems.
The team also found that capsaicin has the ability to increase flow in the vessels because it is known to block a gene that narrows the arteries. In addition to promoting a healthy heart, here are just a few of the other benefits you can expect from regularly incorporating spicy foods into your daily diet:

Cancer prevention: Some spices, such as turmeric, a peppery-flavored spice from India, contain powerful antioxidants. These antioxidants reduce the opportunity for cancer to ever get a foothold, while also warding off other diseases.

Ulcer: It isn?t true that hot peppers can burn a hole in your insides or even cause ulcers. It may come as a surprise, but hot peppers actually have the opposite effect. Bacteria called H. pylori cause most ulcers, and capsaicin from hot peppers may play a role in killing those bacteria. One Asian study found people who ate the greatest amounts of Chinese food, which contains less capsaicin, had three times the frequency of ulcers when compared to those who mostly ate much-spicier Indian or Malayan food.

Weight loss: Capsaicin, the same spicy ingredient that is linked to improved heart health, has also been linked to increased calorie burn. According to findings of a Canadian study, men who had an appetizer with hot sauce consumed 200 fewer calories than their peers. Eating a spicy food is believed to temporarily boost metabolism by as much as 8 percent.
Improved nutrition: By adding just a few fresh chilies to your meals, you can help raise your daily recommended intake of several important vitamins and minerals. According to the USDA National Nutrient Database, green and red peppers contain a number of essential minerals as well as high levels of vitamin C. And, as we all know, vitamin C has been linked to cancer prevention and heart health, among other health benefits.

To say the obvious: Good food does have the power to heal. But, if you?re suffering with a serious health condition ? seek the advice of an experienced physician. (well-trained in natural medicine)