How Negative Thoughts Damage Your Brain.? Fascinating Information about the Human Brain

The human brain is the single most complex thing in the known universe. Even in this time of medical wonders, we still have not been able to uncover the full secrets of this incredible organ. However, we do know some things about the most important organ in the body, and here are some interesting ones you should definitely know about: 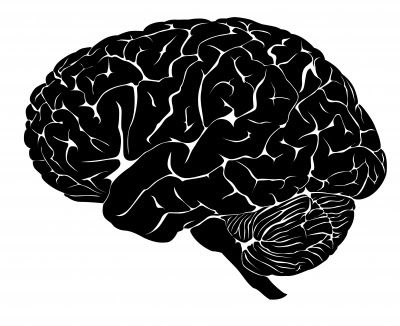 1. The belief that humans only use 10% of their brains is incorrect. Each part of the brain has a specific function and the average person uses all the various parts of the brain.

2. Have you ever had such a headache it felt like your brain is going to explode? That’s not actually your brain hurting, because the brain has no pain receptors at all. Mother nature assumes you don’t need it because it’s never exposed (thankfully) and is usually protected by our thick skull.

3.You must think that your buttocks are the fattiest part of the body, but it is in fact the brain with the most fat % in the body, about 60% of it is fat.

4. The brain has a texture similar to tofu, and enough liquid to fill a 2 liter (half a gallon) tank.

5. Thought creates ‘pathways’ that connect different parts of the brain. The more we repeat a thought, the more that pathway will become more central, wide and stable. That is why it is important not to think over and over about negative things, because they become permanent, and strong, pathways in your mind, and the chances are will force themselves on you more and more.

6. We think about 70,000 thoughts a day. A large part of these are ‘automatic’ thoughts that we repeat a lot, using our most ‘established’ thought pathways.

7. Most people dream about 4-7 dreams a night. 50% of those dreams are forgotten in the first minutes after waking. And the one we remember is usually one we were either just dreaming or a mix of all the dreams we had put together. No wonder they always seem so confusing.

8. Sleep is usually the time the brain uses to organize and put together the memories is accumulated throughout the day. And so, in many cases, before making big decisions it’s better to ‘sleep on it’.

9. The messages between the various brain cells (neurons) are passed in the form of weak electrical pulses. The brain creates 23 watt of electricity while awake, enough to light a lightbulb. 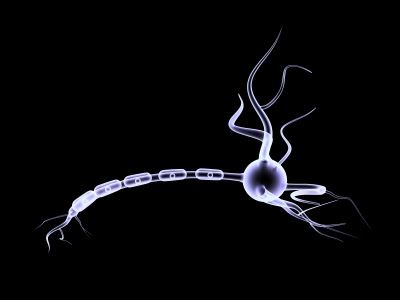 An image of a neuron

10. While we laugh, about 5 areas lit up in the brain simultaneously. So it’s no laughing matter, laughing.

11. The reason tickling makes us laugh is that the brain becomes ‘surprised’ by this kind of touch, which is first interpreted as a threat. The uncontrollable laughter is actually a panic response by the body. That is why it’s not possible to tickle ourselves.

12. The human brain has more ‘wrinkles’ and crevices than those of other animals. In this way, the brain gets more surface space, while staying at around the same size, and it is part of the reason for our increased intelligence.

13. Brain cells, or neurons, are not only found in the brain, but exist everywhere in the body the brain needs to send orders to, and all of them are connected to the brain.

14. Some archaeological findings think that our cranium has gotten smaller over the ages, but that doesn’t mean our brain has become less powerful, only more efficient (see #12). 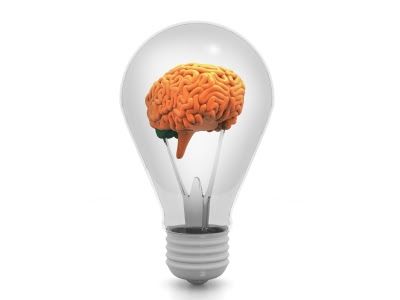 15. The brain alone uses 20% of all the oxygen we breathe and over 25% of the sugar we consume. Meaning, deep thoughts might cost the body resources just like sports can. Who said chess players are not athletes too?

16. The female and male sexual hormones cause a different brain to develop. Studies have found siginificant difference in the brain functions of male and female during social situations, decision making, pressure situations and more.

17. The brain isn’t fully developed until the teen years are over. Multitasking, showing empathy and good decision making are some of the skills that develop a little later. This, we’re sure you’ll agree – explains A LOT.

18. The brain is constantly changing. Damage to one part of it may cause that part to change to a different location in the brain, especially if you are a baby or a child. Beyond that, every thought, experience or skill we encounter and learn changes the structure of our brain.

19. Memories aren’t built in a linear progression. We only remember ‘pictures’ or moments, and we put together a story from them ourselves. That is why it’s tricky to trust your memory, because you may have done some ‘editing’ without knowing it.