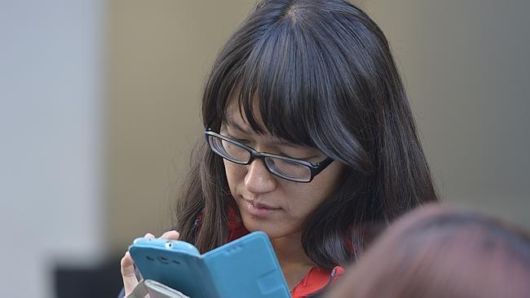 For the sake of your spine, think about how you?re looking at your phone.

HOW long do you think you could last with an eight-year old sitting on your head?

According to a new study by spine surgeon Dr Kenneth Hansraj looking down at our phones is the equivalent of having around 27 kgs worth of weight on your neck.

On average, our heads weigh 4-5kgs, but when we are looking down scrolling through Facebook, the gravitational pull is massively increased. 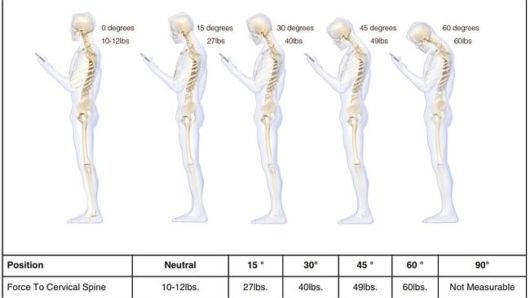 The further you look down, the more weight your neck feels. Source: Supplied

Having this sort of pressure on our necks, is of course not a good thing for our health, especially when the average person spends between two to four hours a day in this position.

In the paper, Dr Hansraj cited that good posture when looking at your phone is having your ears aligned with your shoulders and your shoulder blades back.

This will lower body stress, in comparison to poor posture which will stress the spine and possibly lead to early degradation.

It?s not just staring down at your phone that is bad for you.

Studies have suggested that radiation from your phone can even cook your eyes.

By cooking, we mean that if your eyes are exposed to the kind of heat and radiation given off by phones for long enough, tiny bubbles can start to form in your eyes. This is a precursor to cataracts.
This happens due to your eyes inability to dissipate the heat into the rest of your body, essentially because it?s mostly operating on its own up there. 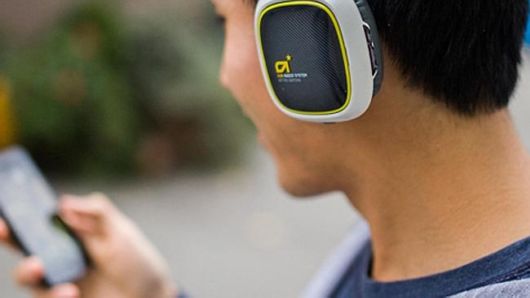 Studies show that radiatis can damage a person?s eyes.on from phone

Let?s not forget how technology can ruin your sleep as well. This is mostly due to the type of ?blue? light that the screen on your phone, tablet or computer emits.

The light reduces the production of melatonin, our natural sleeping hormone which increases sleeping difficulties and causes more daytime sleepiness. To combate this, scientists recommend turning off all devices at least an hour before you go to sleep. 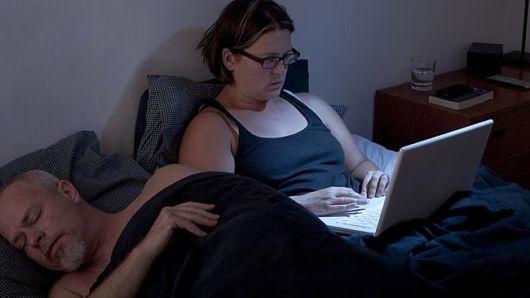 Using your computer all day could also be a big contributer to why your hands and body are aching. Any repetitive movement can result in Repetive Strain Syndrome and it can affect any part of the body.
But with all that typing, tapping and clicking, it?s usually our hands and arms that suffer problems, with millions of people worldwide now developing RSI.

Symptoms include pain, muscle weakness, swelling, numbness and restricted mobility of the joint. It will typically increase after a long session of computer or device use, according to the health department.
The best cure is rest, continued use will make the problem worse. 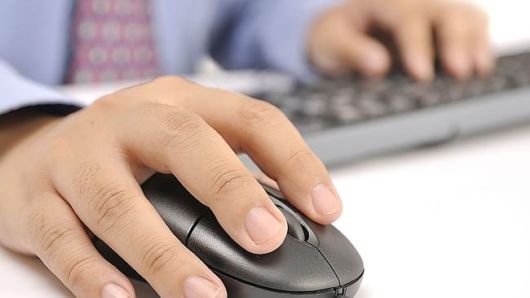 Using a computer all day can cause Repetitive Strain Syndrome.

And finally, let?s not forget those who listen to their music too loud.
About 37 per cent of hearing loss in Australia is caused by preventable noise exposure, acocording to HearNet.

And one in five teenagers today has some form of hearing loss – around 30 per cent more than in the 1990s.

Our exposure to dangerous noise levels through our headphones is on the increase, with Australians losing their hearing much earlier than previous generations.

The maximum acceptable exposure to noise over a day is 85 decibels – the equivalent of listening to the sound of traffic on the street from the footpath.

Our devices can reach up to 120dB. Osteopaths say that as a rule of thumb, you should only use devices at levels up to 60 per cent of maximum volume for a total of 60 minutes a day. If you can?t hear what?s going on around you, it?s too loud.

Put down your phone!

iPhones, Androids and smartphones are everywhere but it’s the holiday season, a time to spend with family and friends and take a break from ever-present screens. Unless, of course, you’re one of the millions of phone addicts out there. In his latest song for the Guardian, Joe Stilgoe urges you to put down your phone and reconnect with the outside world.