But, with all these benefits (and more), should we be selective about who we hug? According to research conducted at the University of Vienna, giving a polite embrace to someone we may not know well can have the opposite effect. In fact, when we receive unwanted hugs – be it from strangers, or people we know, the hormone oxytocin is not released – rather, anxiety levels rise and the stress hormone, cortisol is released.
So prior to hugging someone, just ensure that it will be reciprocated. Other than that, here are 10 reasons why we should hug our loved ones more often.

A hug a day can keep stress-related infections and the common cold at bay. This notion has been confirmed by studies conducted by Carneige Mellon University. It was found that hugging was effective in protecting people from stress-induced vulnerability to infection, such as a viral infection.

Aside from uplifting your spirits and making you feel good, the oxytocin hormone released while hugging also increases the presence of other hormones that fight infection. The combined effect of feeling good and healthy, in turn, helps boost your immune system.

While hugs have the ability to boost your immune system, the oxytocin hormone that is released also decreases pain levels. Usually, when we feel pain, our natural response is to rub and massage the affected area. In fact, it has been found that such a simple touch releases enough oxytocin to make us feel better. 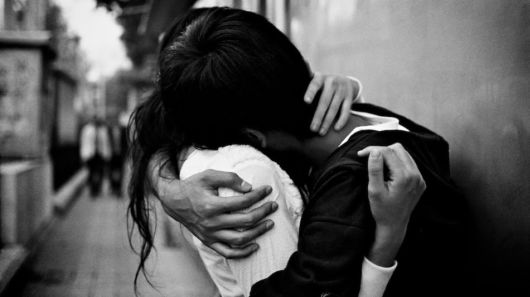 Once again, the hormone oxytocin plays an important role here, as it reduces cortisol in the body, thereby lowering blood pressure levels. Furthermore, when you hug another person, a type of pressure receptor on the skin, known as a Pacinian Corpuscle, is activated and sends signals to the brain that lowers blood pressure.

5. Hugging relaxes tension in the muscles

The oxytocin hormone is truly beneficial for our bodies. When this hormone is released through hugging, it boosts our memory power. It also stimulates the parasympathetic nervous system, helping to strike a balance between activeness and calmness.

Though it may be hard to believe, hugging burns around 12 calories – it may not be much, but it’s a fact worth noting.

As you may have suspected – all thanks to the oxytocin hormone! As this hormone plays such a vital role in keeping your stress levels, anxiety and blood pressure low, it also contributes to a lower risk of heart disease.

According to a study published in the journal of Psychological Science, hugging has the ability to keep fears of mortality at bay. The study also looked into hugging an inanimate object a teddy bear – which they found, was enough to soothe an individual’s existential fears. It was also discovered that simply imagining hugging a person you love can release serotonin, dopamine and endorphine levels in the brain, triggering feelings of happiness and joy. Consequently, this will negate any worries related to mortality, as these hormones contribute to lower levels of stress.

When your serotonin levels are low, you are more ly to experience feelings related to depression and loneliness. But hugging can increase the production of serotonin in the brain, helping to boost your mood as well as your self-esteem. So, if you are feeling blue – give someone you love a big hug!