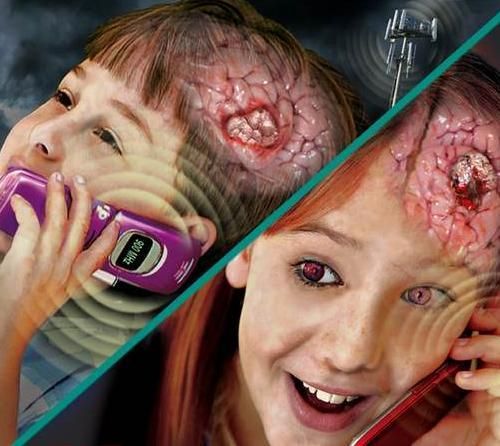 The speculative fears of mobile phones being a danger to health in the long run, seem to be coming true. A latest government study talks about the harmful effects of not just using mobile phones but also the radiation from mobile phone towers.

A Times of India report states that –
Radiation from mobile phones and towers poses serious health risks, including loss of memory, lack of concentration, disturbance in the digestive system and sleep disturbances, according to an inter-ministerial committee formed by the ministry of communications and information technology to study the hazards posed by mobile phones.

One India also reported that the damages may not be lethal for humans, but they worse for birds and insects as well. The committee has attributed the radiation effects to the disappearance of butterflies, bees, insects and sparrows.

The government report also says that mobile towers should not be installed near high density residential areas, schools, playgrounds and hospitals. "The localized SAR value as per the Indian guidelines standard is 2 watt per kg, averaged over a six minute period and using a 10 gram average mass. With higher SAR values of mobile handsets the public could potentially receive much higher radiofrequency exposure. We have recommended that SAR levels to be lowered down to 1.6 watt/kg, as prescribed by the Federal Communication Commission of US," said a member.

The eight-member committee, which included representatives from the health ministry, department of biotechnology and member secretary, DoT, has recommended that mobile phones not adhering to standard levels of specific absorption rate (SAR) – a measure of the amount of radiofrequency energy absorbed by the body while using a phone — should be barred.

Member scientist, ICMR R S Sharma said that compared to Europeans, Indian cellphone users are more at risk for adverse affect of radiation due the country’s hot tropical climate, low body mass index, and low fat content. "We have recommended amendment in the Indian Telegraph Act 1885 and rules so that only mobile handsets satisfying radiation standards should be permitted in the country," he said.

In another report, citizens are scared of the radiation from mobile tower in Andheri.
In the past five years, more than 15 housewives living in Sher-e-Punjab colony in Andheri (East) have suffered from various forms of cancer. Although there is no proof of a direct link, residents are drawing parallels between the appearance of the first cancer case and the installation of the first mobile phone tower in the society nearly seven years ago.
Based on a Hindustan Times report.

Neha Kumar, who has been studying the biological effects of mobile phone towers, said, All these women dont have any family history of cancer. Plus, all of them are within a certain radius of those mobile towers. All this is not a coincidence.

So how do we minimise the damage in view of such grave consequences.
The report adds –
While talking on mobile, keep calls short or send a text message (SMS). This advice should be especially relevant keeping in mind the children, adolescents and pregnant women said the report. The advice should be printed in the user manual by handset manufacturers.
Whenever possible, use cellphone when the signal quality is good. People having active medical implants should keep their cellphone at least 30 cm away from the implant said the report.

Many a times we find ourselves complaining of bad network in certain areas. Mobile companies raise towers at every nook and corner to beat each other at network coverage. Are we compromising our health for better mobile connections?