Keeping the heart healthy is a primary concern for us all, but it isn’t always an easy thing to do. Despite increased, widespread understanding of its dangers and causes, heart disease remains the biggest killer in the western world, accounting for 1 in 4 adult deaths in the USA every year. For this reason, scientists continue to search for new ways to treat and prevent the problem. Some of these studies find that the key to prevention can be found in the kitchen, not the medicine cabinet. And now recent research has suggested that one super fruit could prevent and even help reverse the rate that fatty acids build up in the arteries, which is a common cause of heart attacks and strokes.
Here’s how the pomegranate could be your new best defense against heart disease 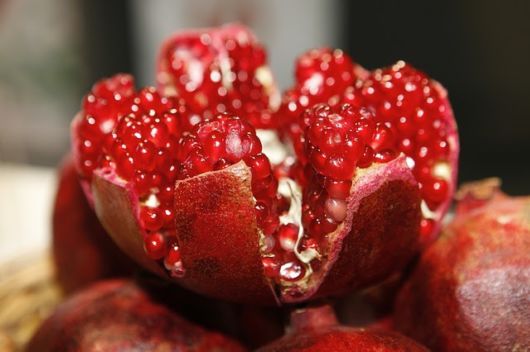 The arteries are blood vessels that carry blood away from the heart to other parts of the body as part of the circulatory system. They are vital for sustaining life and the human body cannot function unless they are in good health. However, over time, our arteries can become clogged with cholesterol, fat and other materials which begin to line the vessel walls.
As this layer of material becomes thicker, it also begins to harden. This combination forces the arteries to become more narrow, meaning blood cannot pass through as easily, putting more stress on the heart which has to pump harder to force more blood through. If left untreated, the blockages can close the arteries altogether, causing a heart attack.

How Can Pomegranates Help?

Recent studies have suggested that pomegranates could have a remarkable ability to reduce the progressive thickening of the coronary arteries by these fatty acids. Here we will have a look at the findings, as well as some other benefits of this super fruit. 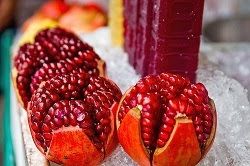 Pomegranates are one of the oldest known fruits in the world and feature in ancient literary works of many cultures and religions. It’s a red fruit, with a hard outer skin housing a series of red seeds which can be eaten or juiced. They have a long shelf life and can last for up to two months in the fridge as long as they are covered but most importantly of all, they are absolutely packed with nutrients. Pomegranates have been revered by many cultures as a symbol of health, fertility and life; and now modern research suggests that this reputation is deserved.

Mice who were genetically prone to sudden artery blockages were provided with pomegranate juice via their drinking water over a period of two weeks. Although the treatment was found to increase cholesterol levels associated with artery blockage initially, it noticeably reduced the size of the harmful build ups in the aortic sinus, an opening above the aortic valve which lets blood exit the heart. It was also shown to reduce the number of coronary arteries that had accumulated the plaques and blockages that cause heart problems.

Further research suggests that Punicalagin, a compound found in pomegranates, can not only lower both cholesterol and blood pressure levels, but also help increase the speed at which blockages of the arteries melt away. Blockages can therefore be removed before they harden and grow.

In another study, patients with severe carotid artery blockages drank pomegranate juice every day for a year. The results were remarkable – showing a 12% average reduction in blood pressure across the study’s participants, along with a 30% reduction in plaque build up in the arteries. Patients who did not participate in the test saw their plaque levels rise by 9% over the same period. 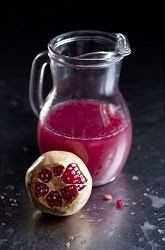 There is a growing body of evidence to suggest that pomegranates really can have a significant impact upon blockages in your arteries and in doing so reduce your susceptibility to a heart attack. Experts recommend that you add them to your regular diet to strengthen your body’s own defenses against heart disease. Their benefits are not confined to their ability to help clear your arteries. Evidence based research has suggested that their value to heart health is broad:

They can help lower blood pressure.

They are strong anti-inflammatories.

They are one of the most potent anti-oxidants found among fruit, helping protect the body against cell damage.