Save Yourself Calories With These Food Swaps!

You have your diet and you stick to it, but a substitute here and there could help you lose up to a pound a month! Here are some great suggestions for food substitutes that will save you up to 100 calories per meal.

1. Try English Muffins Instead of Bagels 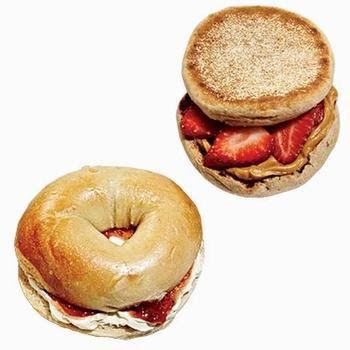 The average bagel measures nearly 3 1/2 inches, which is a whole lot of carbohydrates that you don’t need first thing in the morning (or really any time of the day). Instead, use one tablespoon of peanut butter and some fresh sliced strawberries in a whole-wheat English muffin. 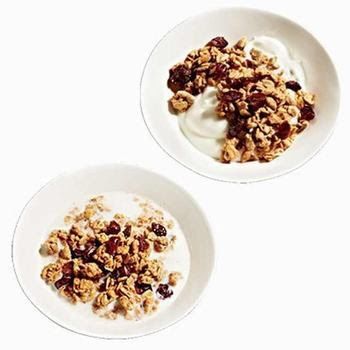 Instead of pouring 1/2 a cup of low-fat milk into your 2/3 cup of cereal or granola, pour a 1/4 cup of granola or cereal over 6 ounces of non-fat Greek yogurt. Try using low-fat granola, which has about 75 percent less fat than the regular one. 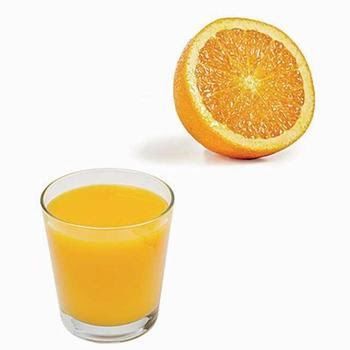 Orange juice usually contains a lot of sugar, unless it is very freshly squeezed. Instead, eat an orange that you know is completely natural. In fact, one cup of orange juice has 24 grams of sugar, while one whole orange has just 12 grams! Eating an orange will also give you 3 extra grams of fiber that drinking orange juice won’t.
4. Wrap Your Sandwich Instead of Using Bread 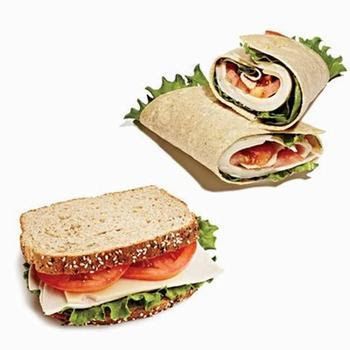 Find 100-calorie whole-wheat wraps (or really any kind of wrap you can find besides white flour ones) that usually measure about 8 inches. These delicious wraps will save you on calories and carbs while still leaving you feeling full. 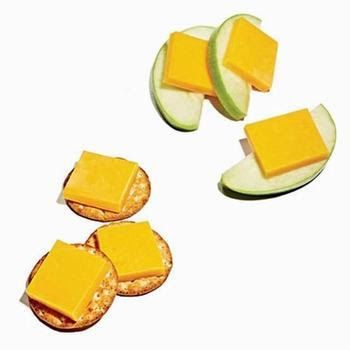 When you are craving for a snack, try using fresh apple slices as the vehicle for your cheese instead of greasy and fatty crackers. Substituting with apples will also help you up your daily fruit count and will leave you feeling lighter come dinner time. Apples don’t have the sodium that crackers do – another point in their favor. Five wheat crackers have about 200mg of sodium in them, while apples have none.

6. Corn Tortillas Instead of Flour Ones 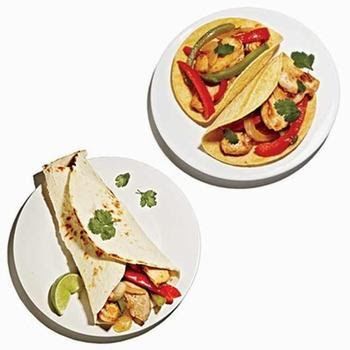 So long to fattening and heavy burrito night. Introduce your family to a new and healthier option – corn tortillas. They have more or less the same texture as flour tortillas, but differ slightly in taste. Stuff the tortillas with the meat, veggies and fajita mix you’ve cooked, and people will thank you later for saving them over 100 calories and nearly 450mg of sodium. 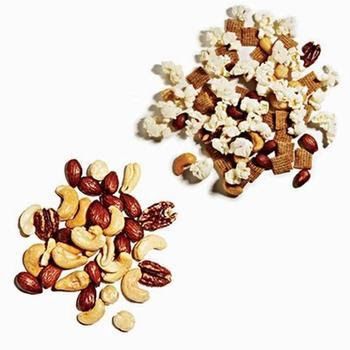 This one may be surprising, as nuts are so healthy for you, but if you are looking for an in-between-meals snack, it’s better to go for trail mix, which is lower in calories. Instead of eating 2 handfuls of mixed nuts, make it one and add in a bit of air-popped popcorn and wholegrain cereal like Chex (not trail mix). 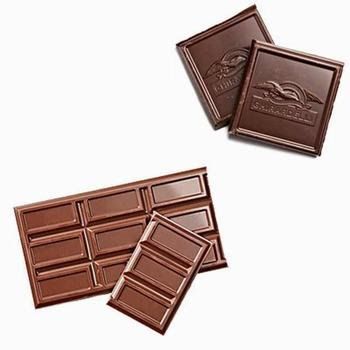 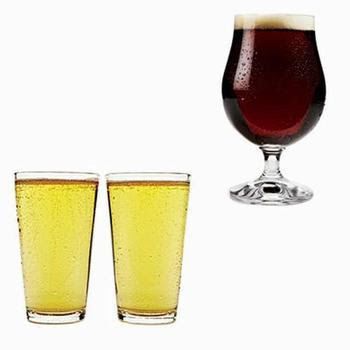 A recent fad among avid beer drinkers that want to watch their weight has been to reach for ultra light beers instead of regular, full fat beers. However, if you are only looking to have a light drink, it is better to go for the full-flavor and superiority of the locally crafted beer. But be careful: some craft beers can have up to 10 percent alcohol, much more than wine or regular beers.
10. Try Radishes Instead of Corn Chips on Your Chili 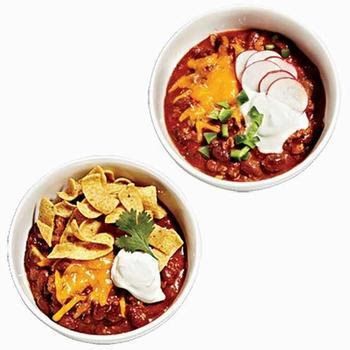 Instead of corn chips that are full of carbs, oil and – of course – fat, try sliced fresh radishes for a nice crunch with your chili. You can also add jalapenos if you like extra heat and, instead of sour cream, a dollop of nonfat Greek yogurt. With all these subsitutions there’s even room for a bit of cheese.

11. Have a Bowl of Bran Cereal Instead of a Bran Muffin 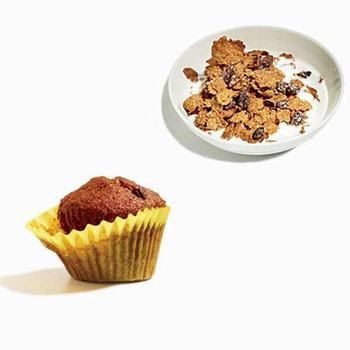 The average coffee shop muffin has upwards of 400 calories, which means that you should probably stick to healthy bran cereal instead. Have your cereal with 2/3 cup of low-fat milk and you’ll be getting 2 more grams of fiber and 200 mg more of calcium than you would with the muffin.

12. Try a Veggie and Cheese Filling Instead of Ham and Cheddar 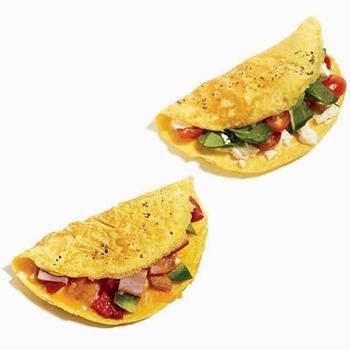 Some of us love a good melted ham and cheese sandwich or omelet, but try using vegetables and goat cheese instead. How about spinach. tomatoes and about an ounce of goat cheese, along with peppers? You’ll be saving yourself over 300mg of sodium by substituting the ham.

13. Make Your Own Parfaits Instead of Purchasing Pre-Made 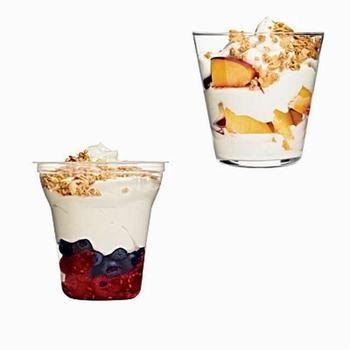 Most of the parfaits that you get when you are on the go have lots of extra sugar and fat that you just don’t need. They are actually more of a dessert than they are breakfast. Instead, make your own parafait using about 6 ounces of fat-free yogurt, a fresh fruit of your choosing and about 2 tablespoons of low-fat granola. If your sweet tooth still isn’t satisfied, drizzle a teaspoon of honey over the parfait and you’ve got yourself a sweet and healthy breakfast treat!
14. Have Two Slices of Raisin Bread Instead of a Cinnamon Roll 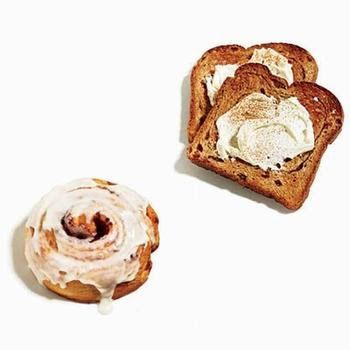 The average cinnamon roll contains so many calories that you’ll be working it off for weeks. Instead, pick up 2 slices of sweet raisin bread, toast them and spread low-fat cream cheese on them. Then sweeten the cream cheese with about 1 tablespoon of powdered sugar and a sprinkle of cinnamon for a spicy finish.

15. Try Pecans and Yogurt Instead of Butter and Syrup on Pancakes 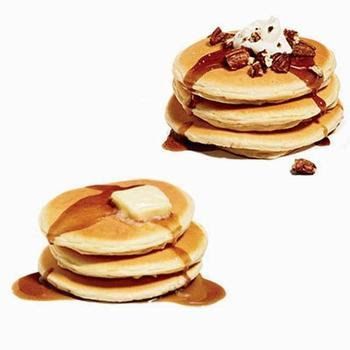 When you are eating pancakes for breakfast, it’s best to leave the butter out at all costs (if possible). You can substitute calorie-filled butter and syrup with 1 tablespoon of chopped pecans and a dollop of non-fat Greek yogurt. You can also cut a lot of calories by making a shorter stack of pancakes…

16. Try a Bubbly Mimosa Instead of a Bloody Mary 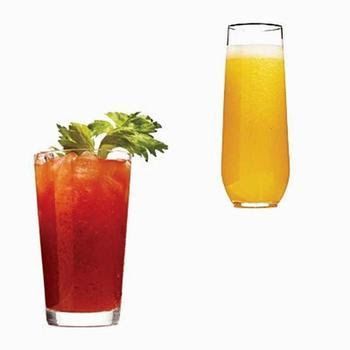 A 12-ounce Bloody Mary contains about 2 shots of vodka, the main source of calories in the cocktail, and it has about 1000 grams of sodium (way more than you need). Instead, try a lower-calorie mimosa – a champagne and orange juice combo – and if you can, use freshly squeezed orange juice that contains less sugar.

17. Top Your Oatmeal with Apples and Honey, not Brown Sugar 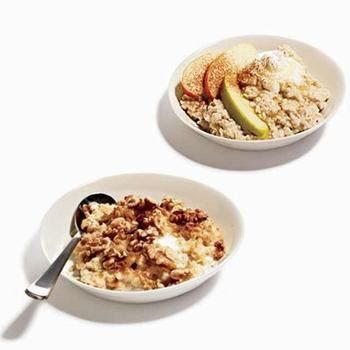 If you’re used to topping your morning oatmeal with nuts, brown sugar and cream, you should try adding just apples, honey and cinnamon instead. While the high-calorie toppings do taste good, they weigh down the entire dish with their high fat and sugar content, which is hard to digest. However, apples, cinnamon and honey are all very easy to digest and healthy at that. They will also save you a good deal of fat and calories. If you miss the creamy taste, try adding a bit of non-fat Greek yogurt.

18. Have Center-Cut Bacon Instead of Sausage Patties 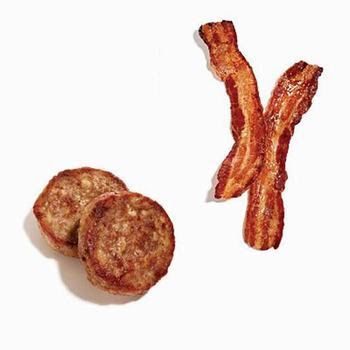 Sausage patties were probably the morning staples when you were a child, but nowadays you’ve got to watch your cholesterol and fat intake. Thus, you should try two pieces of center-cut bacon, which has only 25 calories per slice. That’s much less when compared to two sausage patties. Bacon is rather high in sodium, however, so use moderation when indulging in this greasy treat.
19. Have Whole Grain Trail Mix Instead of The Traditional One 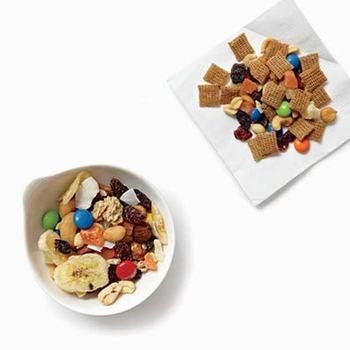 For all you snackers out there, listen up. Instead of regular, full-fat trail mix, try the whole-grain variety that contains whole-grain cereal and a lot less sugar and oil. Indeed, the regular cup of trail mix has over 600 calories, which is great for those who exercise a lot, but when you are sedentary like most of us, those calories can pile on the pounds.

20. Try an Ice Cream Sandwich Instead of Full-Fat Ice Cream 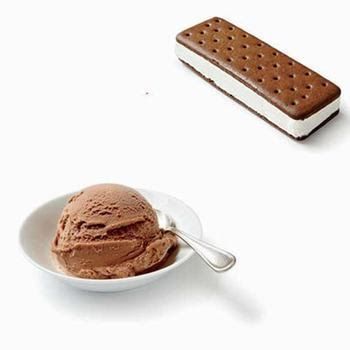 Some of you may enjoy hearing this next fact: The average ice cream sandwich has 100 calories less than one scoop of full-fat ice cream, and it is 8 grams lower in dangerous saturated fats. So, next time you see the ice cream truck pass down the block, make sure to pick up your ice cream sandwich treat.

21. Have a Chocolate Graham Instead of Chocolate Almonds 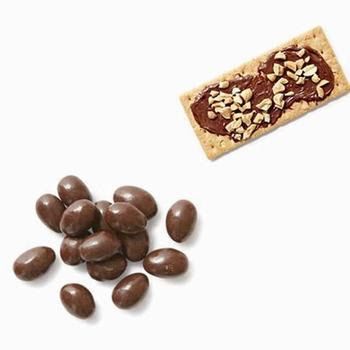 When you’re in a fix for some chocolate, don’t reach for those chocolate almonds that may seem like a healthier alternative, but which really have over 240 calories in just 2 handfuls. Instead, smear some chocolate hazelnut spread, like Nutella, on a graham cracker. Top the cracker with 1 teaspoon of chopped nuts and you’ll be saving yourself 100 calories and over 16 grams of sugar.

Note: Make sure not to over do it with the Nutella. Aim for about 2 teaspoons per graham.

22. Drink a Lemon Sparkler and Not Lemon-Lime Soda 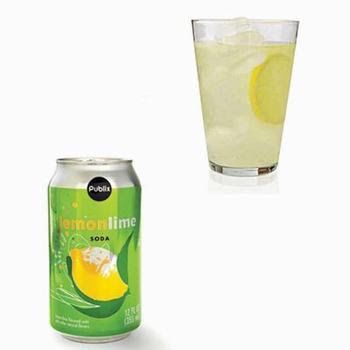 It is important to always remember that soft drinks have calories too. A 12-oz. can of lemon-lime soda contains over 36 grams of sugar, which is nearly 3 tablespoons! Instead, mix about 4 ounces of lemonade with 8 ounces of sparkling water and garnish with a lemon slice. You won’t be able to tell the difference, and you surely won’t get a sugar spike afterwards.

23. Have Cream Cheese and Honey Crackers Instead of Cheesy Snacks 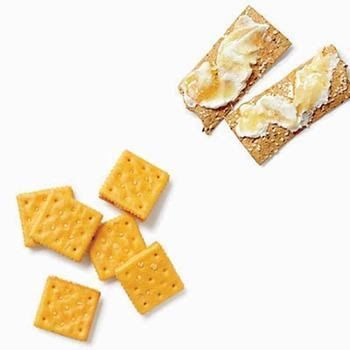 If you are a fan of cheesy cracker snacks, try this delicious sweet and salty combination. Spread about 1 tablespoon of part-skim ricotta or low-fat cream cheese on two thin multigrain flatbreads. Then drizzle both with a teaspoon of honey for that delectable sweet kick.

24. Try Edamame Instead of Peanuts For a Salty Snack 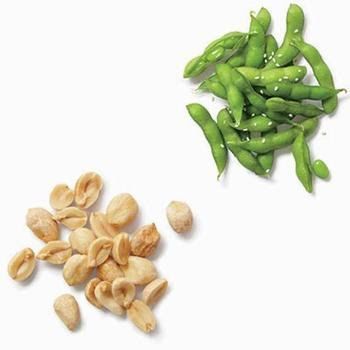 If you are looking for a salty snack that’s full of protein, try some Japanese soy beans called ‘edamame’, instead of your regular roasted peanuts. Peanuts can contain over 200 calories in just 1/2 a cup and are usually full of oil. Pick up some frozen edamame in the frozen food isle, heat it up in the microwave or oven and sprinkle with 1 teaspoon of sesame seeds or sea salt to save yourself 100 calories and gain 4 more grams of protein too.