Diet and nutrition may play an influential part when it comes to the health of your brain. New research suggests what you eat can affect your thinking skills and slow down or speed up the onset of dementia and Alzheimer?s. Researchers believe that nutrition can play a role in preventing the brain from shrinking as people age. Recent studies observed that older adults who followed a Mediterranean diet showed higher brain volume than their peers who followed other diets. 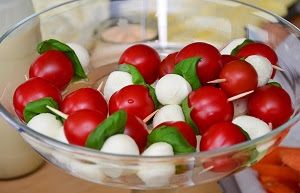 The Mind diet, developed by Martha C Morris at the Rush Medical Center in Chicago, is a combination of the Mediterranean diet and the DASH diet (dietary approaches to stop hypertension). This progressive diet merges the healthy practices of both eating plans to help benefit the brain.

This new super-diet recommends plenty of fruits, vegetables, nuts, and legumes. It advises whole grains over refined ones, moderate amounts of wine (a glass or two per day) and emphasizes fish, poultry and seeds. The diet discourages saturated fats, added sugars and salt. There is little dairy, eggs and red meat included, and plenty of olive oil.

This eating style can reduce inflammation and plaque buildup in the brain. Inflammation has been linked to Alzheimer?s and other chronic diseases. A typical Western diet lacks diversity and is high in sugar, salt, saturated fats and processed food, which all lead to inflammation. The nutrients in this diet may block pathways to Alzheimer?s. Foods such as olive oil, grapes, berries, plums, apricots, leafy green vegetables and walnuts have been observed to reduce plaque buildup in the brain.

The Mind diet also favors anti-inflammatory foods and cuts out inflammatory foods. For example, omega-3 fatty acids found in fish, seeds, nuts, and olive oil are anti-inflammatory. A study of 1,200 adults over the age of 65, who closely followed a Mediterranean diet for 4 years, were observed to have lowered their risk of developing Alzheimer?s by 34%, compared to their peers.

Alzheimer?s has also been called ?type 3 diabetes? by some researchers. Diets high in sugar increase the risk of developing diabetes, which in turn increases the risk for Alzheimer?s. Insulin resistance caused by type 2 diabetes results in tissue damage, mental decline and other early signs of Alzheimer?s. The Mind diet recommends cutting out added sugars altogether.

An additional contributor to developing Alzheimer?s is oxidative stress. This is when the immune system can?t stop the damaging effects of toxins that enter or develop in the body. There is evidence that diets rich in antioxidant foods combat oxidative stress. The Mind diet recommends foods like blueberries and spinach, which are rich in antioxidants. 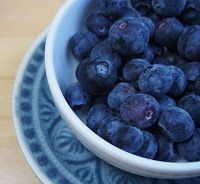 Researchers are exploring whether the results of specific diets, like the Mind diet, are a single food or nutrient or a combination of several foods and nutrients. Scientists are looking at all healthy habits that prevent a decline in thinking skills, such as the long-term effect of exercise on brain function. Many researchers believe the prevention of cognitive decline includes a combination of diet, mental and physical exercise, sleep, and social engagement.