With population numbers rising, one thing that is becoming more common is catching infections and passing them on to the people around us. One common form of infection comes from a group of bacteria that are found in many foods and animal feces, which means we have to constantly be careful and follow some basic rules to avoid. 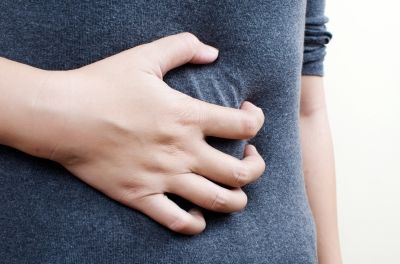 It is important to understand what these germs are and what they do, and most of all – how to avoid them!

The E. Coli germ lives in the colon of people and animals such as cows, sheep and goats. Usually, the bacteria is not harmful and is required for the routine activities of the digestive system, but when some touch occurs with feces, there is a risk of infection. The bacteria usually travels through uncooked meat, polluted water and unpasteurized dairy products.

Symptoms of infection from E Coli include severe diarrhea, stomach aches and vomiting which can last between 5 to 10 days. Also, E Coli bacteria may cause urinary infections, with women being especially susceptible.

Although the vast majority of E Coli bacteria aren’t dangerous, there are strands which can cause bloody diarreas, kidney malfunction and even death.

To avoid infection, be sure to properly cook your meat, watch fruit and vegetables thoroughly before eating or cooking them and avoid drinking unpasteurized milk and juice. Make sure to clean your hands well after going to the rest room and to thoroughly clean kitchenware and work surfaces that came in contact with uncooked meat. 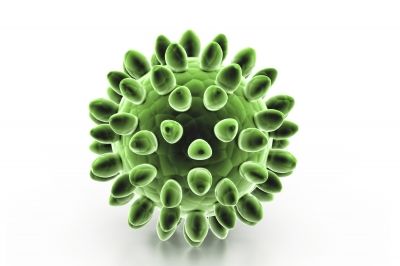 Campylobacter jejuni is a species of bacteria commonly found in animal feces. It is one of the most common causes of human gastroenteritis in the world. Food poisoning caused by Campylobacter species can be severely debilitating, but is rarely life-threatening.

C. jejuni is commonly associated with poultry, and it naturally colonizes the digestive tract of many bird species. One study found that 30% of European starlings in farm settings in Oxfordshire, United Kingdom, were carriers of C. jejuni. It is also common in cattle.

Avoid contaminated drinking water and unpasteurized milk, which provide an efficient means for distribution. Contaminated food is a major source of isolated infections, with incorrectly prepared meat and poultry as the primary source of the bacteria. 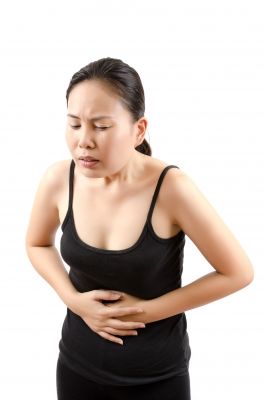 The causative agent of the relatively rare bacterial disease, listeriosis, a serious infection caused by eating food contaminated with the bacteria. The disease affects primarily pregnant women, newborns, adults with weakened immune systems, and the elderly.

Listeria germs are found in the soil and in water, and so can appear on raw foods such as fruit and vegetables, raw meat and fish as well as unpasteurized dairy products. Unlike other bacteria, this species can also grow and spread in the relatively low temperatures of the average fridge.

Most Listeria bacteria are handled by the immune system before they can cause infection, but some ‘get away’ and cause Listeriosis.

Symptoms of listeriosis include fever, shivers, headaches and vomiting. People at high risk to suffer from a listeria infection are pregnant women and their fetuses, adults over 50 and people who have a weak immune system.

Listeriosis may not affect a lot of people, research suggests that every year it affects about 1,600 people globally. However, out of those 1600, 260 die.

To avoid infection, we repeat our advice to scrubs vegetables and fruit before eating, clean any spills in the kitchen, especially raw meat juices.

The Vibrio Parahaemolyticus germs live in salt water, and are often found in uncooked seafood. They may cause food poisoning which will in turn cause watery diarrhea, stomach cramps, nausea, vomiting, fever and shivers. Severe cases will cause blood and mucus to appear in the feces.

People who eat fish and uncooked seafood may be infected within 24 hours, while the symptoms may last 3-5 days. Severe infections are rare, but people with a weak immune system are at high risk. 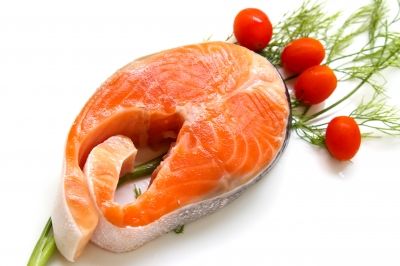 These infections can usually be avoided by thoroughly cooking fish and seafood.

According to the CDC, millions of people around the world carry the Toxoplasma gondii parasite. However, only a few of us suffer any symptoms, due to a robust immune system. That said, there are people who develop texeoplasmosis and may suffer a severe infection.

The symptoms, like those of the flu, might be weakness, fever, muscle pain and enlarged lymph nodes.

Like the ones before, the risk groups are pregnant women and people with a weak immune system. The paracite can cause more severe diseases though, which may harm the brain, eyes, liver and lungs.

The toxoplasma gondii bacteria is found in a large variety of animals, but it can only breed in the stomach of a cat. That is why cats are considered the main spreaders. Cats usually catch the parasite by eating raw meat, unwashed vegetables or by contact with other cat feces which contain the eggs of the parasite.

To prevent infection, the CDC recommends cooking your food safely and avoiding low heats, wash your hands while handeling raw food, and to avoid unclean water and cat feces.

Salmonella is a group of bacteria usually found in uncooked poultry, eggs, beef and sometimes unwashed fruit and vegetables. Touching food or animals that came in contact with the bacteria might cause an inflammation in your digestive system. This inflammation is called salmonellosis and its symptoms include fever, diarrhea, stomach and head aches which can last between 4 and 7 days.

Most people heal without treatment, but for the elderly, babies and people with chronic diseases, Salmonellosis can spread in the blood, with deadly results.

To avoid infection, avoid eating uncooked eggs, meat and poultry not fully cooked, and keep your raw meat separate from the cooked meat. Also wash everything that came into contact with uncooked foods. 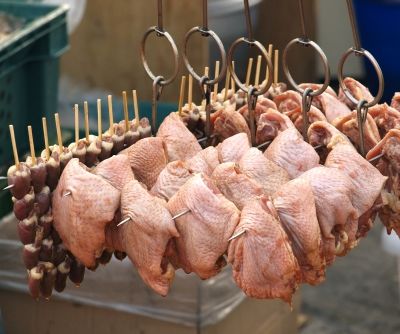 This virus can do harm to the stomach and bowels, and is often called ‘stomach flu’. The bacteria are usually found in contaminated food or beverages, but can also be passed by touching surfaces or other people carrying it.

The virus can cause an inflammation in the bowels (gastritis). The symptoms include Fatigue, headaches, nausea, stomach pain, vomiting, diarrhea and fever that tend to last a few days. Most people overcome the disease, but it’s important to drink enough fluids to replace what you lost.

To avoid infection, always clean your hands with soap after handling foods, and disinfect work surfaces in the kitchen and restroom.