We all know that old saying: "An apple a day keeps the doctor away."
But have you ever wondered why that is? How one apple a day can bring about significant health benefits? If you have, then you’ll be glad to read this article. From strengthening the immune system, through preventing cancerous growths and to losing weight, say hello to your one apple a day! 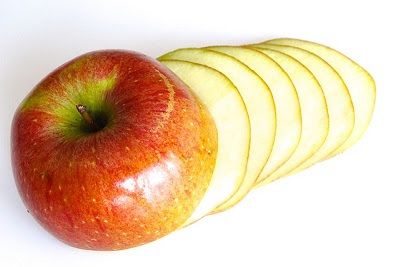 How do apples help us?
An important research published in 2008 by the German cancer research center, showed that apples offer a significant health advantage. When comparing between a group that had less than one apple per day and a group that had one or more apples a day, the latter was found to have less risk of mouth cancer, larynx cancer, breast cancer, intestinal cancer, kidney cancer and ovarian cancer.

Cancerous growths are uncontrollable growths of cells independently spreading through the body. The growths are based on three principal levels: The first stage causes mutations in cell DNA. The second, when the growth becomes malignant and grows faster, and finally when it metastases and spreads throughout the body.

In the case of a cancerous growth, apples aren’t only used as anti-oxidants, but also improve the function of the immune system, which helps clean out the growths at the early stages.

In addition to boosting the immune system and fighting cancerous growths, apples also help control the levels of cholesterol and sugars in the blood, prevent heart disease and improve mouth hygiene. The fact that they contain more than 80% water and a long line of essential vitamins, makes them one of the healthiest foods available.

The secret? The nutritional fibers

Nutritional fibers are materials found in foods that come from plants, and have a very important role in stimulating the digestive system and encouraging its function. Since they are not digested and taken apart in the body, they sate our hunger for a longer period of time. Extensive research has shown that those that do not get their daily recommended amount (at least 25 grams a day), deny themselves a host of health benefits. In addition, the researchers found that consuming these fibers is quite the effective method of losing weight.

The secret is in the chewing. Drinking apple juice will not bring about the same health benefits. We’d be happy to receive the essential sugars and vitamins, but we would not get the fibers.

A research conducted in China found that chewing can help the body regulate the amount of calories it absorbs from food.

What does this have to do with apples? 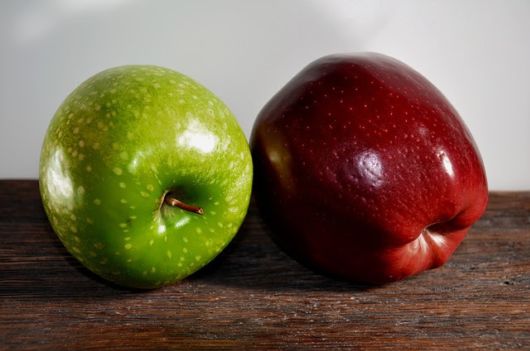 Everything. Apples are a terrific source of nutritional fibers, especially a group of fibers called Pectin. This is a group of complex carbohydrates that regulate our bowels, improve good cholesterol rates and is a powerful anti-oxidant and anti-bacterial.

Researchers from UCLA have shown that consuming pectin instead of regular fibers, doubles the time it takes the stomach to empty from one hour to two. Meaning that we don’t feel hungry for a longer time. In fact, a recent research paper entitled: "Weight Loss Associated with a Daily Intake of Three Apples or Three Pears among Overweight Women", shows that women who were overweight and were instructed to eat an apple or pear before each meal, lost significant weight, just for doing so. The women in the experiment were asked to eat regularly and just add the apple before the meal. What happened was that the apples and fibers crowded the stomach, increased the feeling of being full, and made the body absorb less calories.

So if you want to:

Strengthen your immune system, eat one apple a day.

Control the level of cholesterol, eat one apple a day.

Prevent the spread of cancerous cells, eat one apple a day.