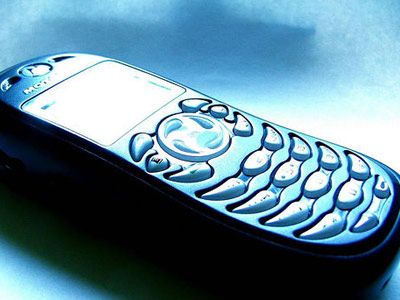 1. How Phone Numbers Were Invented

In the early days of phone service, you’d call the operator and ask to be patched through to a particular line. This system was first questioned in 1879 by Alexander Graham Bell’s friend, Dr. Moses Greeley Parker of Lowell, MA. The town was suffering from an epidemic of measles and the doctor quite sensibly suggested that if the town’s phone operators fell ill, replacement operators would struggle to run the system. Numbers instead of names was seen as a better solution which, as you all know, is the system we still use today.
2. The First U.S. Area Codes

Conceived in the late Forties, area codes were not established until the introduction of New Jersey’s 201 area code in 1951. The area codes we use today are an evolution of the original “North American Numbering Plan.”

Initially there were under 90 codes. Codes were dished out based on population. The areas with the largest populations received codes that were quick to dial on a rotary phone. New York was given 212, Los Angeles 213 and Chicago 312 while more rural areas like Texas and Kansas got 915 and 913.

3. All About Emergency Numbers

Emergency numbers differ from country to country. While 911 was eventually adopted as the standard number in the United States and Canada, in Europe you’ll need to dial 112, although 999 also works in the UK, where there’s been an emergency number system since the 1930s.

In contrast, 911 was not official until the late ’60s, when it was first known as “nine-eleven,” and then later changed to “nine-one-one” to avoid confusion with people wasting precious time looking for the “11” button.

Prior to the one-number system, you’d call the operator to summon the correct emergency service, although in the States some fire departments could be reached by dialling “3-4-7-3” — which spells “FIRE.”

4. The Most Expensive Phone Number

Legend has it that Apple cofounder Steve Wozniak (who was really into repeating digits, hence pricing the Apple I at $666.66) once owned the phone number 888-8888.

The only problem with such a cool number was that it earned over a hundred prank calls a day. Although not malicious in nature, being dialed repeatedly by mischievous children must have taken its toll.

6. Fictional Numbers Are Set Aside For Films

The “Klondike” or “KL” phone exchange was first used to generate fictional phone numbers in American TV and films. This later evolved to the current “555” prefix, some of which have been set aside purely for fictional purposes. In the UK, 01632 is the fictional area code recommended by Ofcom, although it does also provide non-working suggestions for major cities, as well as fictional cell, freephone and premium rate numbers.
7. However, Some Films Ignore the Convention

Some have bucked the 555 trend. Universal Studios owns (212) 664-7665, which has appeared in The Adjustment Bureau, Definitely Maybeand Scott Pilgrim vs. the World. If you call the number, it just rings and rings. Fight Club uses the 288 area code, which is not yet in use, andBruce Almighty caused controversy for using a real phone number supposedly belonging to God. After complaints, the original “776-2323” was changed to the more traditional 555-0123 in the DVD release.
8. Famous Phone Numbers in Music

Phone numbers famously appear in songs as well, perhaps the most memorable being Glenn Miller’s Pennsylvania 6-5000. Today the number still exists as (212) 736-5000 (“73” replaces the “PE” of the old number) and will get you through to the Hotel Pennsylvania of the song title. The hotel happily claims that it’s the “New York phone number in longest continuous use.”

Other numbers to have appeared in song (much to the annoyance of folks who own that number in various area codes) include Tommy Tutone’s 867-5309/Jenny. More recently, Alicia Keys mentioned that 489-4608 was her number in the song Diary, after which excited fans attempted to call her.

9. How to Find Your Personalized Phonewords

Thanks to services like PhoneSpell, you can find out if any of your phone numbers offer interesting “phonewords.” Enter your digits and the site will generate a list of interesting combinations. If you’ve lucked out, it may provide a better way to remember your number in future.
10. Finally, a Neat Phone Number Magic Trick

There’s a neat phone number-related trick you can impress your friends with, thanks to the magic of math.