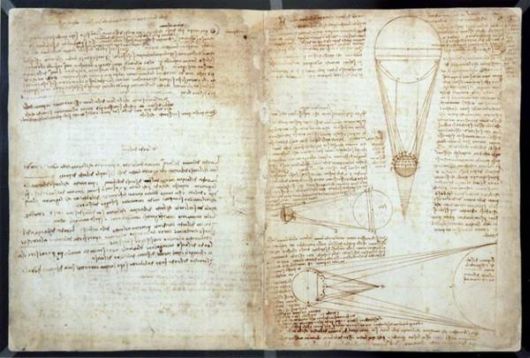 Notebook entries by Leonardo da Vinci, made during his life in Milan in 1506-1510, respectively. The manuscript consists of 18 sheets of paper covered on both sides and folded in such a way that together they formed a 72-page book. Leonardo notes written in a special way, his own "mirror" type – they can be read only by means of a mirror. Entries are devoted to various events, mused about the nature of which Leonardo: why the moon is shining, why and how the water flows in rivers, where are the fossils of which are minerals and so on. Notebook also contains a large number of mathematical calculations, diagrams and drawings. "Leicester" code was named after the Earl of Leicester, who bought the manuscript in 1717. In 1980, the book’s heirs Lester bought the famous industrialist, collector and friend of the Soviet Armand Hammer, after which he served for a short period called the "Code Hammer» (Codex Hammer). After his death in 1994 the code was put up for auction, in which was acquired by Microsoft founder Bill Gates and he regularly exhibited in museums in the picture. 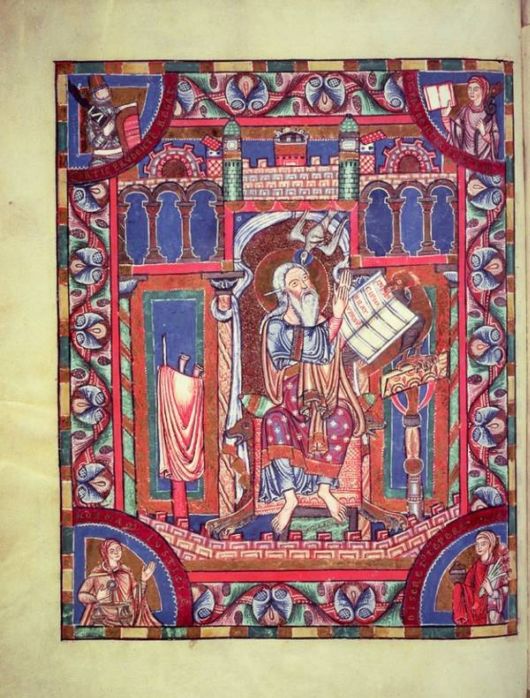 The manuscript includes the four Gospels, has 226 pages, decorated in a unique style of the monks and novices Helmarshauzen Benedictine abbey. After the death of Henry the Lion manuscript was long considered lost. In the XIX century it was discovered in Prague, in 1861 it was purchased by George V, King of Hanover, which is considered the founder of Henry the Lion. Five years later, George V was deposed and fled to Austria, and among other things, took with him the manuscript. Next, trace the relics was again lost, but in 1983 an unknown seller put "The Gospel of Henry the Lion," at auction house Sothebys. During the auction, its owner has become Germany – participated in the financing of the purchase federal government, the governments of Bavaria and Lower Saxony, as well as fund "Prussian Cultural Heritage." In the present manuscript in the library named after the Duke August in Wolfenbüttel (Germany). 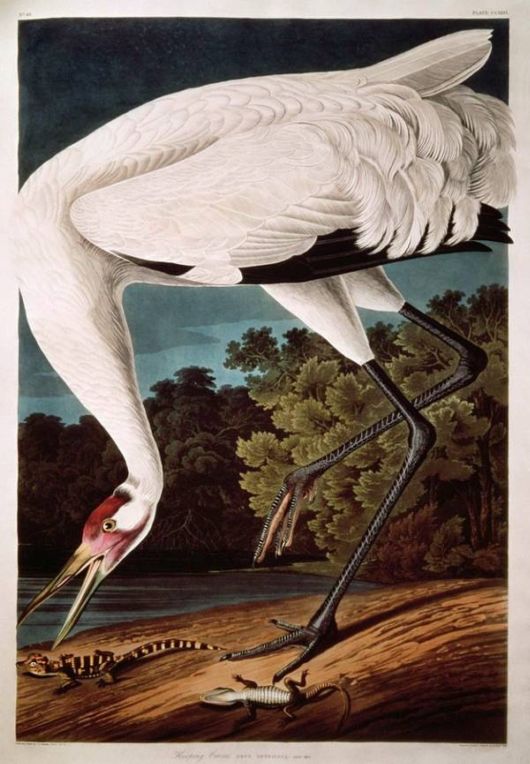 Its first edition was printed in the United States in 1827-1838, respectively, during this time it was released only about 200 copies printed in giant format, which he called the Audubon «double elephant folio »- each page has 50 inches (127 cm) in height. Full copy of" Birds of America "includes 435 hand-painted prints of engravings size of 90 to 60 cm, on which birds are depicted life-size. It is now known about the existence of 119 total copies of "Birds of America", 108 of them are stored in museums around the world and only 11 – in private collections. On the market these books come very rarely, and every such case the collectors of books regard as a sensation.

Unique instance of the first edition of "Canterbury Tales" Geoffrey Chaucer, "father of English poetry," and one of the founders of English literature. The book was published in 1477 in the British pioneer printer William Caxton at Westminster Abbey. So far, only 12 survived the first edition known copies, of which only exhibited at Christies book is in a private collection. The book rich in its own story: her first appearance at auction belongs to the year 1776, when it was sold at Christies. In 1998, the book became the property of the London booksellers. 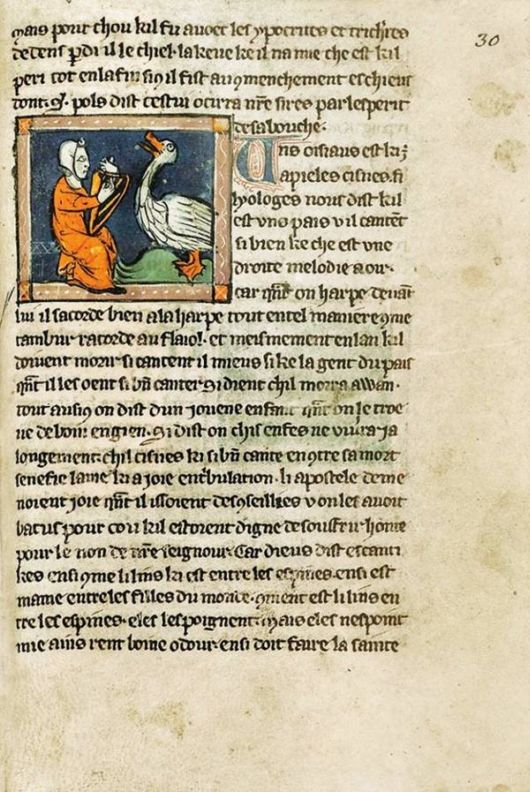 English bestiaries like the world was kept not more than 40, and they rarely come onto the market. As explained by experts at home Sothebys in 1990, before the bestiary was last auctioned in 1889. In addition, a copy of the Duke of Northumberland – the latter remained in private hands, and not in a museum collection. 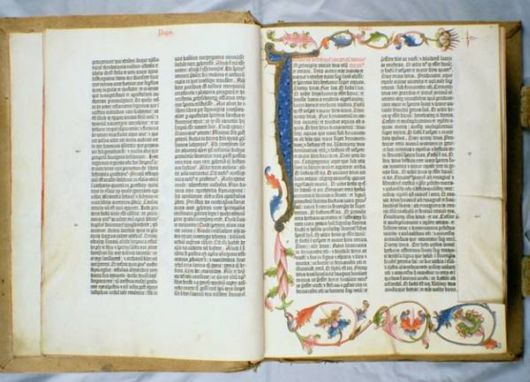 A unique copy of the Bible pioneer Johannes Gutenberg, the oldest extant book printed with movable type of the set. And it was her 42-line version of the format in folio (there is a later 36-line version, known as the Bamberg Bible). 42-line-known among bibliophiles Bible as the "Mazarin Bible", by the name of the cardinal and the first French minister Giulio Mazarin, in the securities of which in 1760 was first detected by the first copy of this Bible. According to the Museum of Gutenberg’s just the beginning of the 1450-ies were printed about 180 copies of a 42-line-the Bible, of which survived to our day 48, including 21 – complete. Sold at Christies in 1987 Bible – is incomplete, it is only the first volume. Buyer was a Japanese Maruzen Corporation. Currently, this copy is kept in the library of Keio University.

A copy of the first edition of the plays of William Shakespeare, published in 1623 by John and Henry Kondelom Hemet, participants Shakespearean troupe. "First Folio" – accepted among bibliophiles term to refer to the book, its full name – "Mr. William Shakespeare’s comedy chronicles the tragedy. Printed with accurate and authentic texts. " The "First Folio" included 36 of Shakespeare’s plays, almost all his plays, with the exception of "Pericles" and "Two notable relatives." So far, only 40 survived complete copies of the first edition of which in private hands are only two, including sold at Sothebys.

A Treatise on the fruit trees the French physicist, chemist, agronomist, a member of the Academy of Sciences, Henri Louis Duhamel du Monceau (1700-1782). Beautifully designed two-volume illustrated by a number of famous artists of the period, representing 16 species of fruit trees, their fruits, leaves, seeds and fruit. This copy of the book was once bought a personal library of King Louis XV, for which it was printed in a particularly splendid form, with a gilt cover. 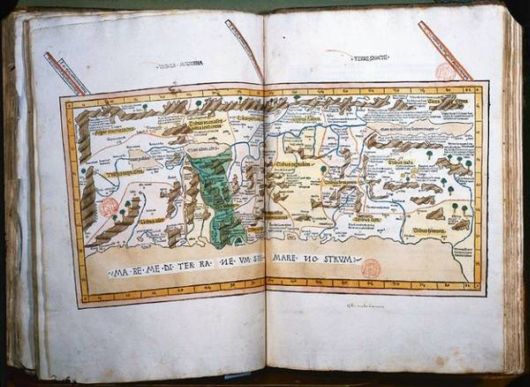 A rare instance of the world’s first printed atlas, printed in 1477 in Bologna, Italy on samples of maps of the ancient Greek astronomer, mathematician and geographer Claudius Ptolemy 150 BC. Oe. 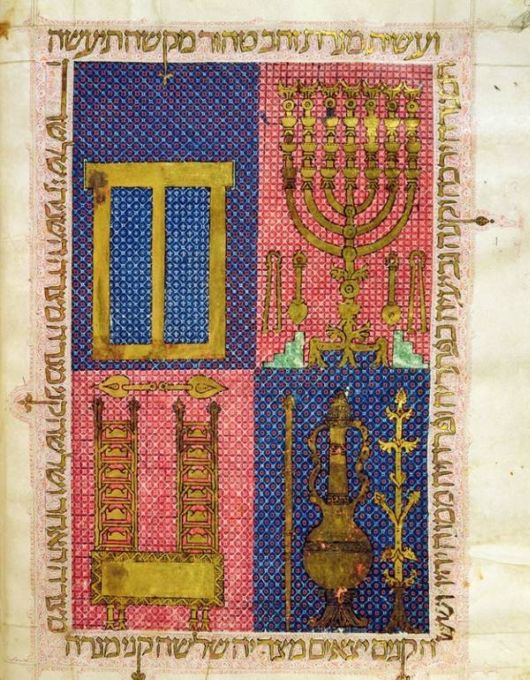 In content, almost matches the Christian Old Testament. This copy is created in Babylon in the IX-X centuries AD. Oe. It is one of the oldest and most valuable manuscript of the Hebrew language.