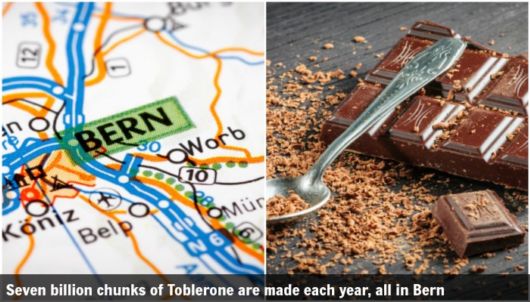 Seven billion chunks of Toblerone are made each year, all in Bern. 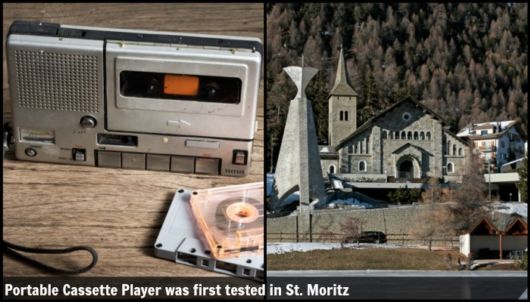 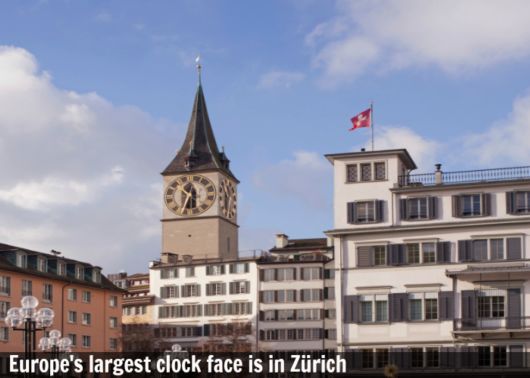 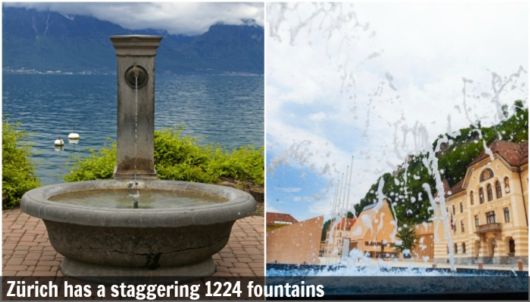 Zürich has a staggering 1224 fountains. 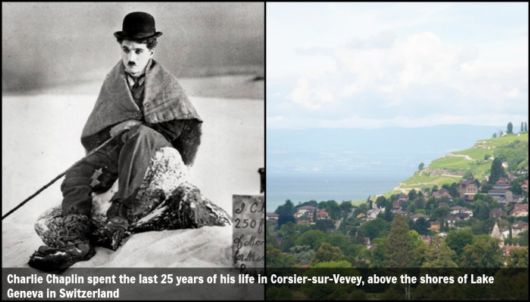 Charlie Chaplin spent the last 25 years of his life in Corsier-sur-Vevey, above the shores of Lake Geneva in Switzerland. 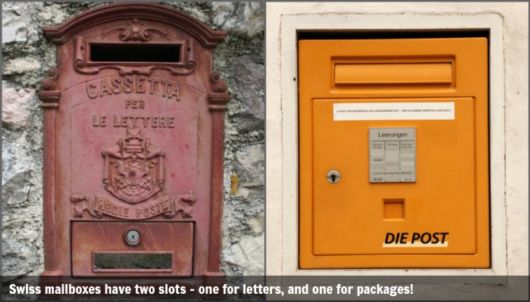 Swiss mailboxes have two slots – one for letters, and one for packages! 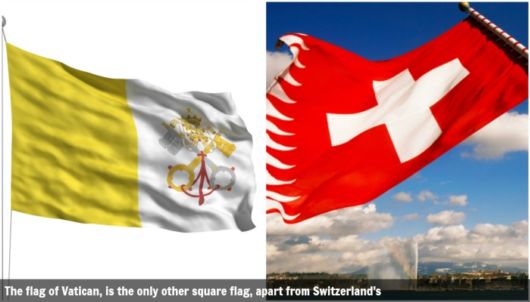 The flag of Vatican, is the only other square flag, apart from Switzerland’s. 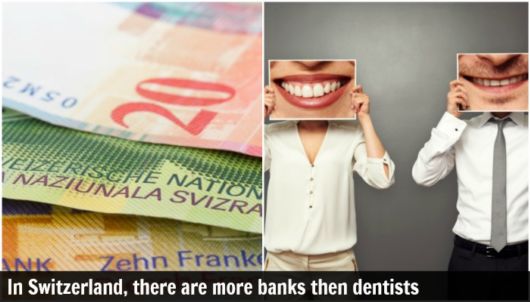 In Switzerland, there are more banks then dentists

Swiss army knives are red so they can be seen in the snow. 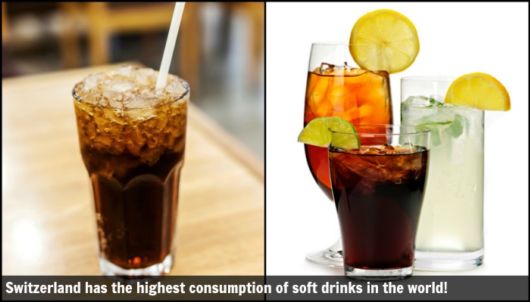 Switzerland has the highest consumption of soft drinks in the world! 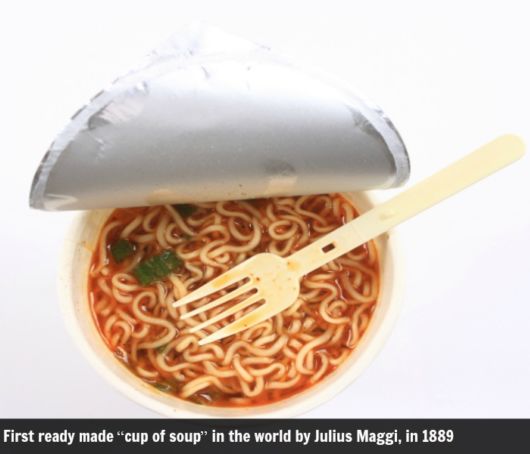 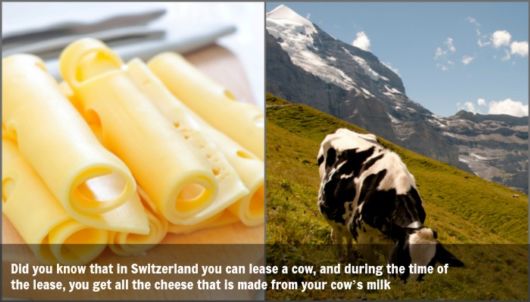 Did you know that in Switzerland you can lease a cow, and during the time of the lease, you get all the cheese that is made from your cow’s milk.