In this age of environmental pollution using more renewable sources of energy is steadily increasing and all forms of power are being studied and harnessed. Solar energy has taken over numerous states in America as well as many European countries, where residents are also switching to bicycles and forms of transportation other than gas-guzzling cars. Elon Musk made history with his electric car and made them more popular than ever. But perhaps one of the most powerful sources of fuel is nuclear energy.

Nuclear power can produce an immense amount of electricity if harnessed and channeled properly. Though there are risks to the use of this type of energy, as anything associated with nuclear reactions is likely to have, civilian nuclear power supplies nearly 10% of the electricity generated globally. That would account for a population twice that of the United States. While there are numerous pros and cons to the use of nuclear power and setting up of nuclear energy plants near residential areas, it is still a major contributor to our worldwide power supply. Here are some interesting facts that will help keep you informed on all things nuclear! 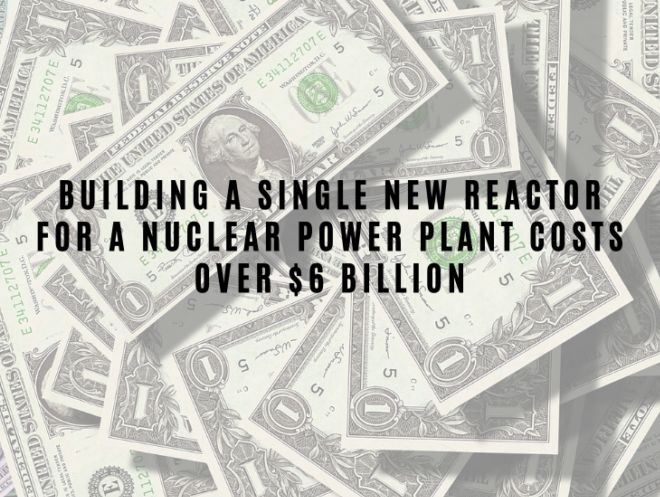 Building a single new reactor for a nuclear power plant costs over $6 billion. 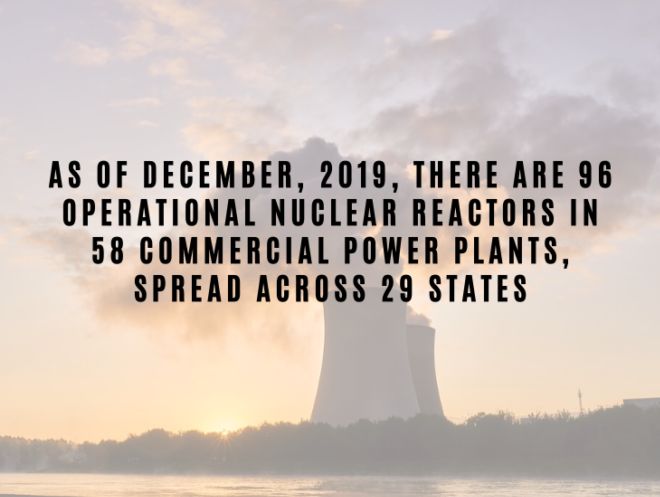 As of December 2019, there are 96 operational nuclear reactors in 58 commercial power plants, spread across 29 states. 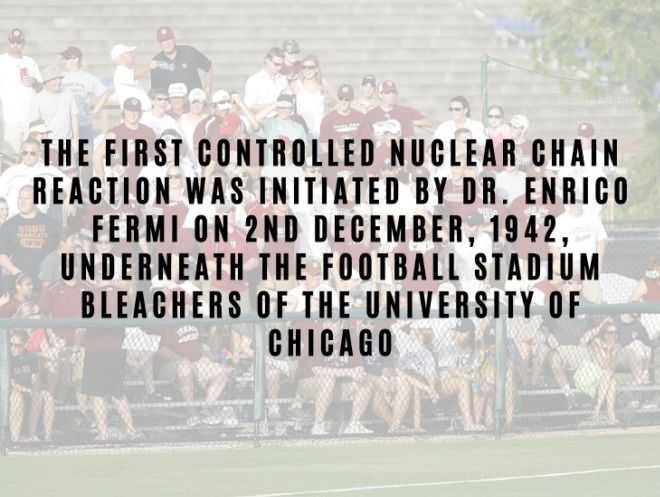 The first controlled nuclear chain reaction was initiated by Dr. Enrico Fermi on 2nd December 1942, underneath the football stadium bleachers of the University of Chicago. 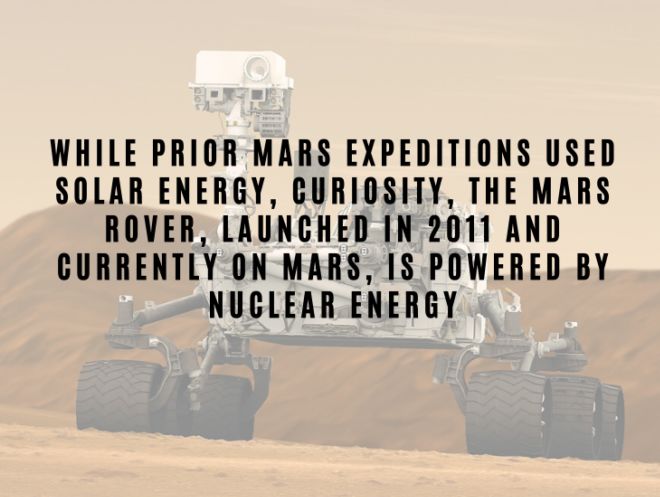 While prior Mars expeditions used solar energy, Curiosity, the Mars rover, launched in 2011 and currently on Mars, is powered by nuclear energy. 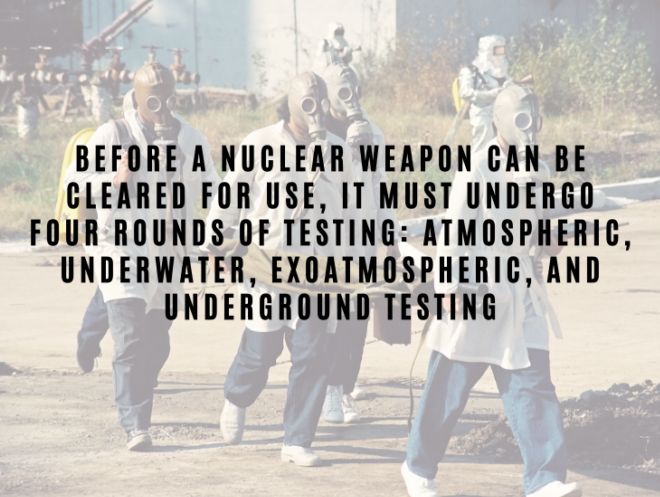 Before a nuclear weapon can be cleared for use, it must undergo four rounds of testing: atmospheric, underwater, exoatmospheric, and underground testing. 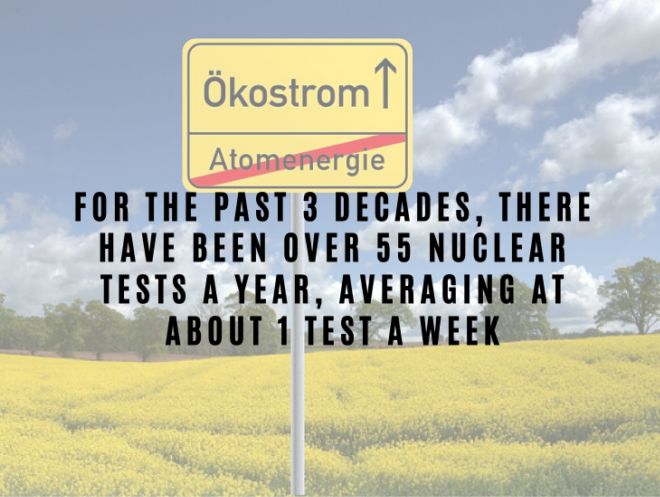 For the past 3 decades, there have been over 55 nuclear tests a year, averaging at about 1 test a week. 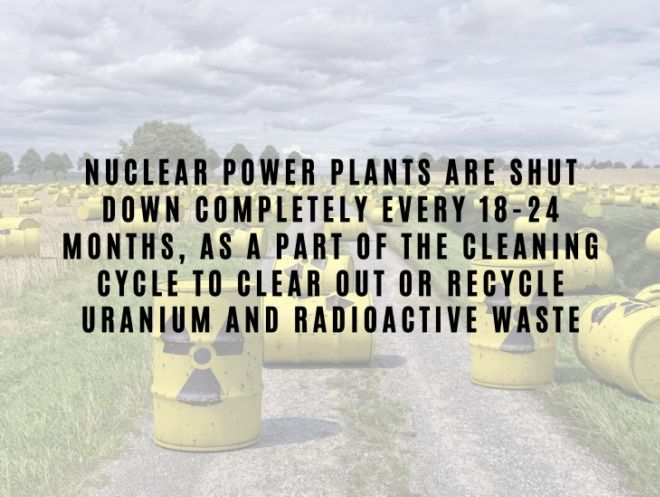 Nuclear power plants are shut down completely every 18-24 months, as a part of the cleaning cycle to clear out or recycle uranium and radioactive waste. 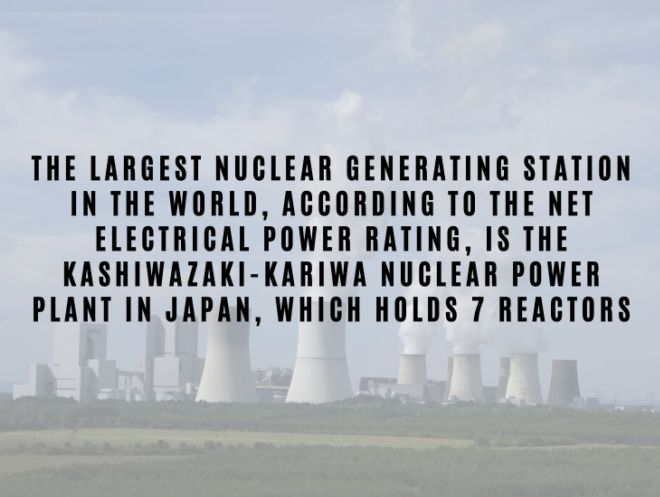 The largest nuclear generating station in the world, according to the net electrical power rating, is the Kashiwazaki-Kariwa Nuclear Power Plant in Japan, which holds 7 reactors.