Flying can make up a huge part of our lives, especially if it?s a part of your profession. The following question was asked on Reddit sometime at the end of last year: 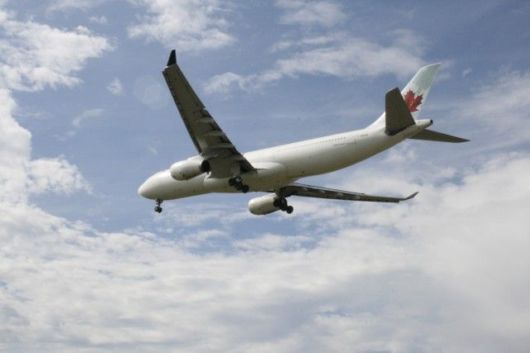 Flight Attendants, Pilots, or Engineers, what are secrets that passengers don?t know when you ride on planes or things you can get for free from the cabin or crew?

There were many responses, but the following 20 tips were the ones we found the most interesting.

1. The truth about oxygen masks. 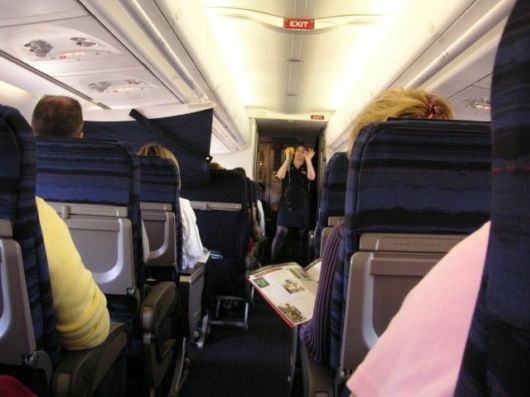 "That if the oxygen masks drop down, you only have about 15 minutes of oxygen from the point of pulling them down. However, that is more than enough time for the pilot to take us to a lower altitude where you can breathe normally"

"More important ? at altitude, you have 15-20 seconds before you pass out. Put yours on first, then do your kids. Passing out for a few seconds won?t harm the kids."

2. Why they dim the lights when the plane is landing. 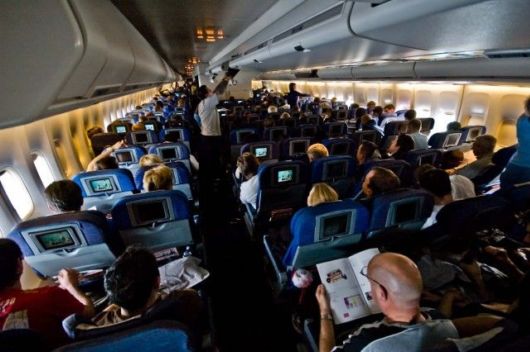 "When a plane is landing at night, they dim the interior lights incase you need to evacuate upon landing… your eyes are already adjusted to the darkness so you?ll be able to see better once outside the plane."

3. The reason you sometimes experience a hard landing. 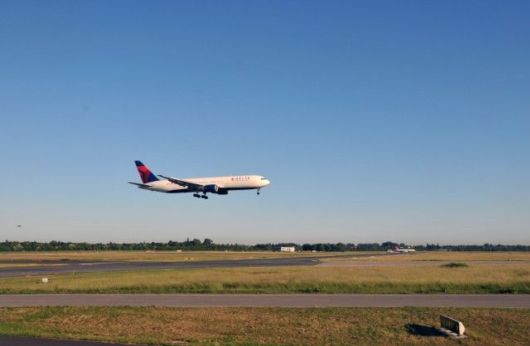 "When you experience a hard landing in bad weather it wasn?t because of a lack of pilot skills but it is in fact intentional. If the runway is covered in water the airplane has to touch down hard in order to puncture the water layer and prevent aqua planing."

4. You can unlock lavatories from the outside. 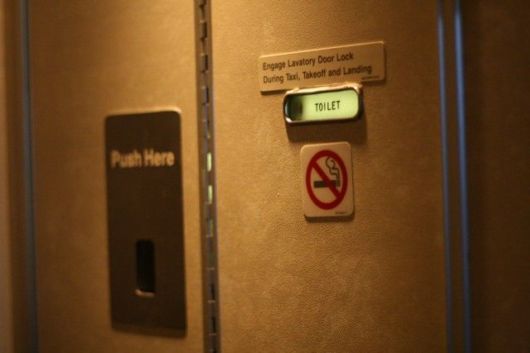 "…There is usually a lock mechanism concealed behind the no smoking badge on the door. Just lift the flap up and slide the bolt to unlock."

5. What happens when an airplane gets a bomb threat. 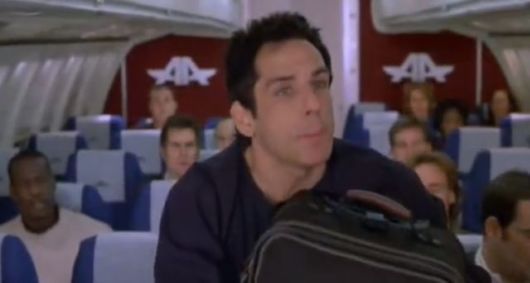 "I have a friend who?s a commercial pilot. Around five years ago he was doing a flight from LA to Tokyo when an anonymous caller phoned in a bomb threat while they were over the middle of the Pacific. Apparently they have procedures for this kind of thing, but there was nothing anyone could do in this situation except stay calm and not alert the passengers (obviously). He said for the rest of the flight every bump of turbulence made his adrenaline spike. They took this case especially seriously because there was a group of foreign dignitaries sitting in the first class cabin."

6. What you should do if you have a musical instrument 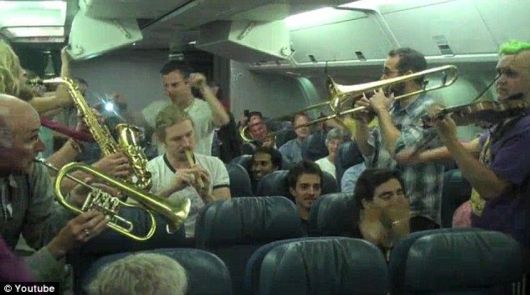 …"If you have a musical instrument NEVER CHECK IT. Take it to the gate with you. If they don?t have room on the plane they can "gate check" it and put it on last. When you de-board on your next stop it will be waiting for you as soon as you exit the plane.

This ensures that it goes on LAST and is taken off FIRST then left at the ramp for you to p/u immediately after de-boarding the plane."

7. They are Particular about their food. 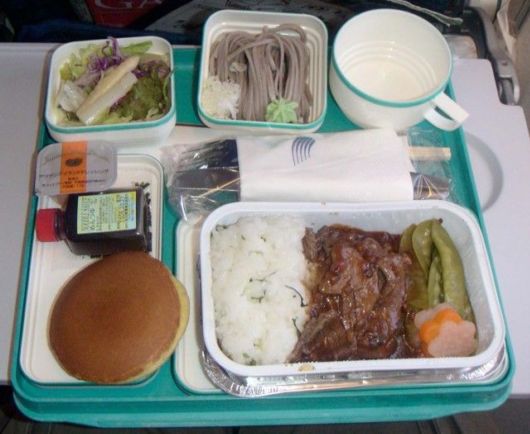 My dad works for a large airline, he told me a few little things

2 Pilots are served different meals and cannot share, this is done in case of food poisoning.

Stealing food, even if they are going to throw it out can get you fired instantly. You can ask your supervisor, but you cannot take food. They don?t want people messing with it. 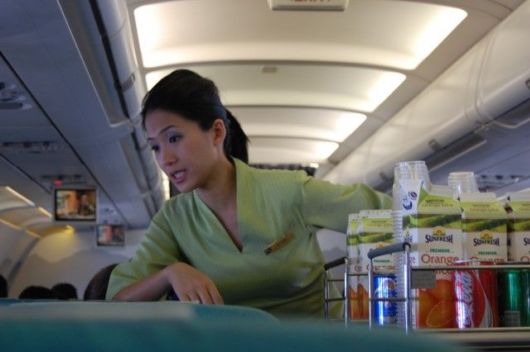 Bring an unopened bag of or box of chocolates for the flight crew, especially long flights…they?ll treat you like a king for the whole flight.

Redditor evandan4 decided to test this hack and this was his experience:

Definitely trying this for my flight tomorrow.

Edit2: Landed. I gave the person in the front a box of assorted chocolates. Keep in mind that this plane was not full. Before we took off I was approached by one of the attendants and they said there were some empty first class seats, and they upgraded me for free. I was offered 2 complementary glasses of wine and was checked up on probably 10 times.

9. What your pets go through when flying. 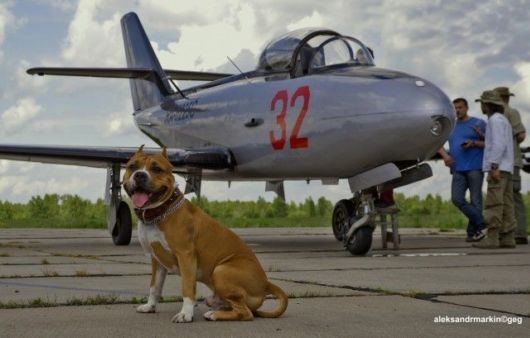 One thing i can not stress enough is how your pets are treated.

While your airline will take the best possible actions, some things cannot be avoided, like the noise on the ramp.

I can not stand out there without ear protection, and imagine your pet sitting out there on the ramp waiting to be loaded onto the plane being exposed to the same amount of noise i am.

Arm Rests ? aisle and window seat : Run your hand along the underside of the armrest, just shy of the joint you?ll feel a button. Push it, and it will lift up. Adds a ton of room to the window seat and makes getting out of the aisle a helluva lot easier.

11. The truth about electronics.

Pilot here. Having to turn off electronics on a plane is totally useless.

Mobile electronic devices won?t really bring an airplane down but they can be really annoying to pilots. Just imagine sitting in the flightdeck descending to your destination and hearing the interference of a 100+ cellphones picking up a signal. I have missed a clearance or 2 that way.

My sister is a flight attendant, she says after she tells everyone to turn off all electronics, she goes to the back and pulls our her phone and starts texting. ? Dora_De_Destroya

Confirmed: Most large commercial aircraft can fly with only one engine if needed.

Source: Me. The pilot.

13. Your pilot is asleep most of the time.

1/2 of pilots sleep while flying and 1/3 of the time they wake up to find their partner asleep.

All of the stuff in Sky Mall can be purchased on the internet for much less money.

15. How your checked bags are really handled.

If it says fragile, it?s getting thrown harder. If it?s says this side up, it?s going to be upside down. We have to fit freight and 100+ bags in a cargo pit. It has to fit how it?s going to fit… I will tell you that when we see "I heart baggage handlers" bag tags… We take special care of your sh*t.

I worked for Southwest as a flight attendant. Those blankets and pillows? Yeah, those just get refolded and stuffed back in the bins between flights. Only fresh ones I ever saw were on an originating first flight in the morning in a provisioning city. Also, if you have ever spread your peanuts on your tray and eaten, or really just touched your tray at all, you have more than likely ingested baby poo. I saw more dirty diapers laid out on those trays than food. And those trays, yeah, never saw them cleaned or sanitized once.

…don?t drink the water or water-based products (coffee, tea): the water tanks on an airplane accumulate grime and fungus and are notoriously hard to properly clean. look for bottled water.

The drinking water, that used for making coffee, tea, ect., should NEVER be consumed. The holding tanks in these sometimes 60 year old planes are never cleaned. They have accumulated so much greenish grime on the walls that in some places it can be inches thick.

This one is very known by all airline employees. I work and study in all aspects of the aviation industry and can tell you nothing is proformed intuitively.

17. Security is not perfect.

There are actually legitimate security loopholes that, if widely known, would let average citizens get right next to airliners, runways, and taxiways. Like any system, if you know how it works, you know where the cracks are.

18. Something is always broken on your plane.

The plane you?re about to fly on is broken. Without a doubt. SOMETHING on that plane is broken. They?re big, complex machines, and they break all the time.

The good news is that anything major will have a backup or two (or three!), and will generate a message in the cockpit to alert the crew so they can take the appropriate action (such as diverting, turning on manual backups, or calling maintenance if they?re still on the ground).

Most of the time it?s trivial things like reading lights, coffee makers, and cabin trim.

Don?t let this prevent you from flying though, they are incredibly safe machines. Even when they have fairly serious malfunctions, they are usually able to get back down safely.

19. Your plane can still glide if both engines fail

20. Why there are still ash trays.

"…ash trays in the lavs are mandatory equipment even though the FAA banned smoking on flights years ago. The reasoning is that if people do decide to smoke, they want them to have a place other than the trash can to throw the butt."