For years, the Oxford Dictionary Online (ODO) has been making headlines for accepting words that are widely used on the Internet as part of the English vocabulary, thereby officiating these words into the language. Some of these "new words" can only be used within the context of or only on the Internet, while other existing words are now getting a new identity that carry alternate meanings, and hence, uses. The rising use of acronyms and abbreviations have also changed the way we use English.

Today, we are going to look at 20 of these terms and meanings which have created enough of an impact and reputation for themselves to officially end up in the Oxford Dictionary. Also added are the origins of these words. Let us know what you think about these words, and whether you think they deserve a place in the dictionary you probably grew up with.

How the dictionary explains it:
selfie: (noun) a photograph that one has taken of oneself, typically one taken with a smartphone or webcam and uploaded to a social media website 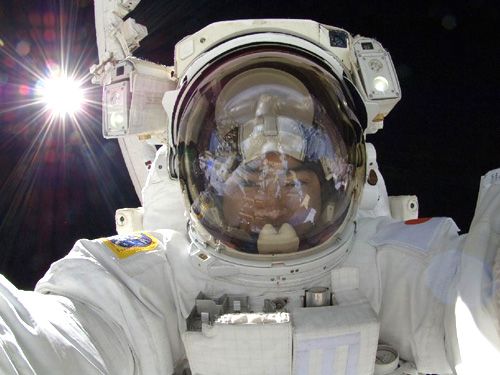 Origins: Self-portrait photography has existed for more than a century, but the popularity of selfies has only surged in recent years, when smartphones allow you to take a photograph of yourself easily then upload and share such photographs on your various social media websites.
2. Twerk (2013)

How the dictionary explains it:
twerk: (verb) dance to popular music in a sexually provocative manner involving thrusting hip movements and a low, squatting stance:just wait till they catch their daughters twerking to this song

Origins: Twerk could had been adapted from the word "work" ("werk"), since dancers are often told to "work it". The extra "t" at the front could have been added to mean twist or twitch.

How the dictionary explains it:
phablet: (noun) a smartphone having a screen which is intermediate in size between that of a typical smartphone and a tablet computer
Origins: A phablet refers to something between a smartphone and a tablet, characterised by the screen size of between 5 and 7 inches (See Samsung Galaxy Note). Although the first phone-tablet hybrid is arguably the AT&T EO 440 from 1993, the term "phablet" was only introduced in the2010s.

How the dictionary explains it:
derp: (exclamation) used as a substitute for speech regarded as meaningless or stupid, or to comment on a foolish or stupid action. 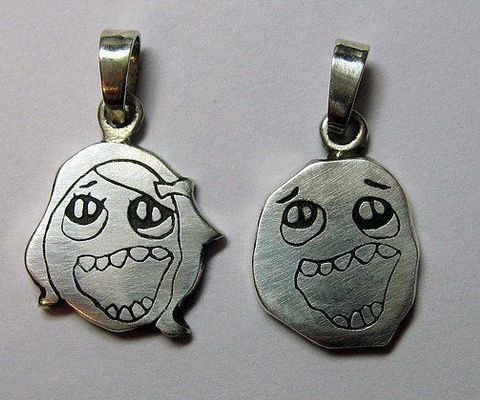 Origins: The word "derp" was first uttered by South Park co-creator, Matt Stone who starred as himself in the comedy film, BASEketball in 1998. The South Park episode "The Succubus" also featured a character, Mr. Derp who goes around shouting "Derp!" every time he makes a fool of himself.

These days, Derp is often used as placeholder for a character or an act (derping) that is not crucial to the story-telling, primarily in rage comics. Derp has plenty of facial expressions to depict the state of emotion the character has. Derp has a female counterpart named Derpina.

How the dictionary explains it:
unlike: (verb) withdraw one"s liking or approval of (a web page or posting on a social media website that one has previously liked)

Origins: The "like" button in Facebook has created a new meaning to the already existing word "unlike". The button is already available on other social networking sites, Internet forums and websites, even before Facebook incorporated it, but there"s no doubt that Facebook was the one that promoted the feature to the world ? so much so that most people who use the Internet now know what it means to "unlike" something which they had "like"d before.

How the dictionary explains it:

srsly: (adverb) short for seriously
Origins: Due to the 160-char limitation imposed on text messages, and the 140-char limit imposed on microblogging sites, "seriously" had its vowels removed, giving us "srsly". Today, despite the removal of such limitations with instant messaging services like WhatsApp and WeChat, the word still stuck because there were fewer letters to type out. Fun fact: it existed in the late 18th centuryin some manual on shorthand writing!

Origins: The Oxford English Dictionary officially included the "tweet" in June, bypassing their requirement for new words (and meanings) to be in use for a minimum of 10 years before they can even enter the dictionary. Still, the incredible fifty-fold jump of the usage of the word "tweet" from 2006 to 2012 seems to justify breaking that rule, no?
Read Also: 20 Twitter Accounts You Should Follow For A LMAO Good Time

How the dictionary explains it:
tl;dr: (acronym) short for "Too long; Didn?t read"

Origins: As with all things on the Internet, it is a sin to ramble on and on and on as the attention span of its users are fleeting at best. "tl; dr" is commonly used in online discussion forums to indicate that the post is just too wordy. True to its word, or letters, the phrase "too long; didn?t read" itself is shortened to a mere four letters.

How the dictionary explains it:
FOMO: (noun) anxiety that an exciting or interesting event may currently be happening elsewhere, often aroused by posts seen on a social media website
Origins: Nobody seems to know who first mouthed this acronym, but there?s no denying that thefear of missing out has been around even before online social networking was here ? we simply called it "keeping up with the Joneses".

How the dictionary explains it:
GIF: (verb) a lossless format for image files that supports both animated and static images

Origins: Word of the year for 2012, GIF, which stands for Graphics Interchange Format, showcases animated images that go round in loops. GIF was created by Steve Wilhite at CompuServe in 1987 but it was only recently, and after years of debate, that the creator confirmed the pronunciation as "jif".

How the dictionary explains it:
photobomb: (verb) spoil a photograph of (a person or thing) by unexpectedly appearing in the camera?s field of view as the picture is taken, typically as a prank or practical joke 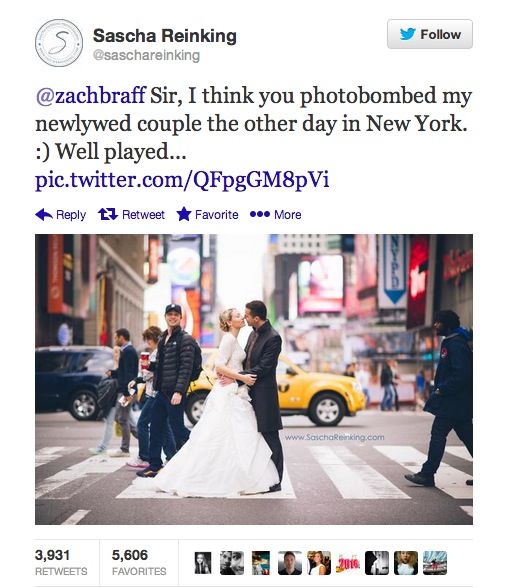 Origins: Photobombing had its roots back when The Beatles were the biggest thing on the planet (circa 1970s). However, when photography did the transition from analog to digital, coupled with the proliferation of uploaded photos to photo-sharing sites online, photobombing has since become a tradition.
12. Woot (2012)

How the dictionary explains it:
woot: (exclamation) (especially in electronic communication) used to express elation, enthusiasm, or triumph

Origins: Normally spelled w00t, with two zeros, the exclamation is popular in forums and among gamers. There are many theories related to its origin, but none can lay claim to be the true original. Find out what the prevalent theories are in a relatively serious attemp to identify its roots, here.

How the dictionary explains it:
inbox: (verb) send a private message or an email to (someone, typically another member of a social networking website or Internet message board)(Source)
Origins: If you think that inbox existed back when emails were ganing popularity, you would be half right. Back then, however, it was more of a noun than a verb. As of 2012 though, the word can also be referred to as a verb as well. "Inbox me" is essentially a "send me a private message" request, althougth we now have an even shorter version for that: PM.

How the dictionary explains it:
sext: (verb) send (someone) sexually explicit photographs or messages via mobile phone

Origins: A combination of the word "sex" and "texting", the idea of sending lewd messages or photos via mobile phones took flight when MMS overtook SMS as the way to communicate through mobile. 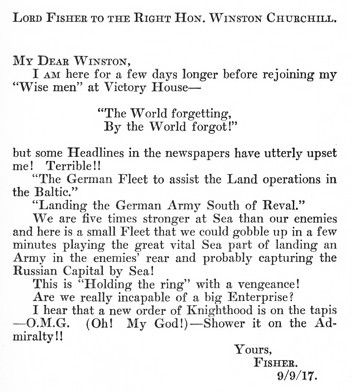 Origins: Short for "Oh my god" / "Oh my goodness" / "Oh my gosh", the popular abbreviation "OMG" was recorded in history in a letter of correspondence from ex-admiral John Fisher to former UK Prime Minister, Sir Winston Churchill, back in 1917. Today, it is used heavily when expressing surprise, along with a handful of variations: omfg, zomg, and a lisp version ehmargerd.
16. LOL (2011)

How the dictionary explains it:
LOL: laughing out loud; laugh out loud (used chiefly in electronic communication to draw attention to a joke or amusing statement, or to express amusement) (abbreviation)
Origins: Heavily used during the early years of the Internet (early 1990s), LOL compensated for the ambiguity of textual communication. Used in a fashion familiar to emoticons, now it has inserted itself into daily conversations via text in emails, chat groups, text messaging and social networking sites.

How the dictionary explains it:
noob: (noun) a person who is inexperienced in a particular sphere or activity, especially computing or the use of the Internet
Origins: Normally spelled as "n00b" with two zeros, the word came from "newb" or "newbie" which refers to someone who is just starting out in the use of the Net. Fun fact, it almost became themillionth word of he English language in 2009, a title that went to "Web 2.0" instead.

How the dictionary explains it:
hashtag: (noun) a word or phrase preceded by a hash sign (#), used on social media sites such as Twitter to identify messages on a specific topic 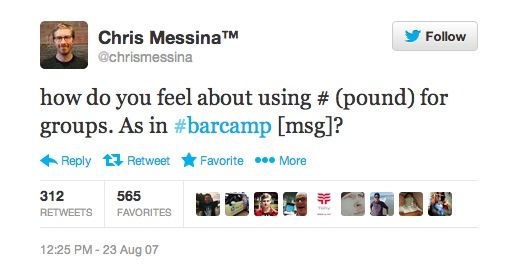 Origins: Although the hashtag is not invented online, it has certainly been redefined for use, online. Many sources have pointed to open-source advocate Chris Messina (aka "FactoryJoe") who started the ball rolling by suggesting the use of hashtag in a simple tweet.
19. Unfriend (2009)

How the dictionary explains it:
unfriend: (verb) remove (someone) from a list of friends or contacts on a social networking website

How the dictionary explains it:
troll: (verb) make a deliberately offensive or provocative online posting with the aim of upsetting someone or eliciting an angry response from them
Origins: Trolls were used to describe ugly dwarfs or giants back in the 1600s, but in modern English describes a method of fishing where one carefully drags a fishing line with a baited hook through the water to lure his catch. In many ways, this is similar to how some people online provoke or aggravate others via offensive or irrelevant postings, in an attempt to evoke an emotional response. Ever since, the word "troll" is used to describe the act of trying to wreak havoc in online discussions.