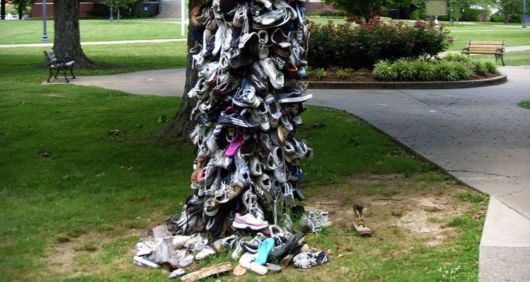 Just a small distance from Pogue Library, the Shoe Tree sits in the sun with at least 50 pairs of mismatched shoes attached to it. No one in MSU has any idea when the Shoe Tree began but that has not hindered them from honoring the tradition. It is believed that if two students meet at Murray State, fall in love and then marry, they will have good luck only if they both nail a shoe to the Shoe Tree. Lovers make it a habit to write their anniversaries in their shoes as well. It is also common for people to return to nail a baby’s shoe to show that they have started a family. Today’s Shoe Tree is the second after the first was hit by lightning and subsequently caught fire.
2. Upham Arch, Oxford, OH, Miami University 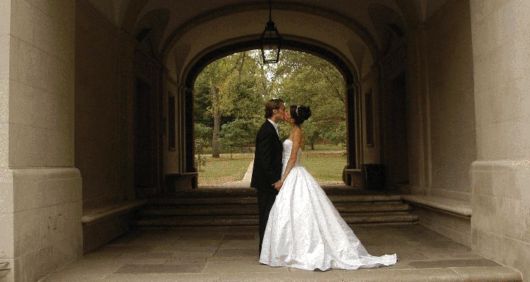 The Miami legend says that if you kiss your true love under the Upham Hall Arch, you will marry and the bond will never be broken. This actually qualifies as the most famous of the Miami University’s legends. Related to the Upham Arch superstition is the term ?Miami mergers?. Miami sends a Valentine’s Day card to married alumni every year as a way to recognize the mergers.