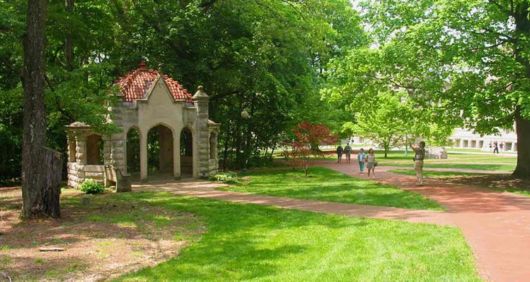 The Rose Well House, a cozy little gazebo on the Indiana University campus in Bloomington is the most romantic spot on an American college campus. It is believed that a female student is not officially a Hoosier coed until she has been kissed beneath its dome at midnight. The Rose Well House is located at the Old Crescent which is considered the oldest part of the campus.