Google has grown and changed a lot since its founding, and there?s a lot of history packed in those years, some of which might surprise you. You may know that co-founders Larry Page and Sergey Brin met as graduate students at Stanford, but did you know that Stanford still holds the patent to certain Google algorithms? And that the first search engine Page and Brin created, to be later developed into Google, was named ?BackRub?? 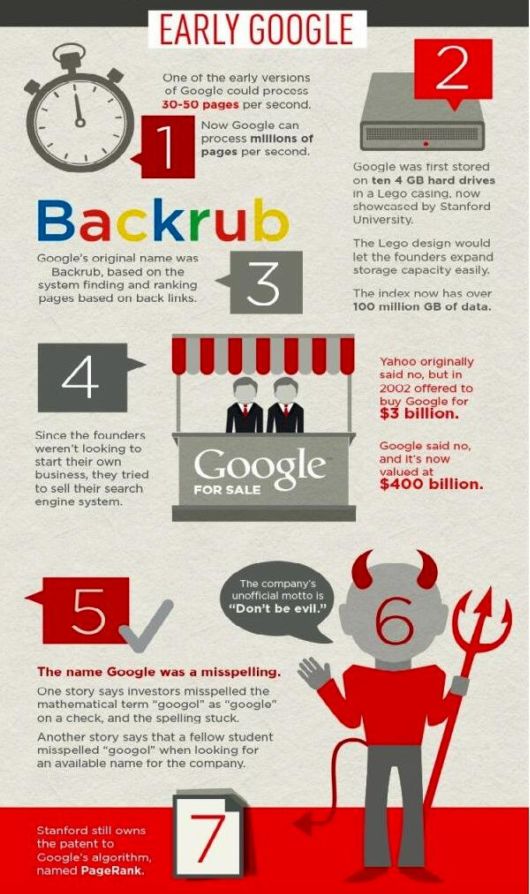 From its humble beginnings, processing just a few pages per second and taking up just a few 4GB hard drives, Google has expanded to be able to process millions of pages and now has over 100 million gigabytes of data. Even the Google logo has also gone through many changes, including over 2000 Google doodles designed by a team of designers and illustrators, from the very first one in 1998 that featuring Burning Man stick figure.

Nowadays, Google is much more than just a search engine, expanding into other avenues like Google Glass, smart watches, maybe even robots and space elevators in the near future. Here are some crazy facts you never would have guessed about this iconic company. 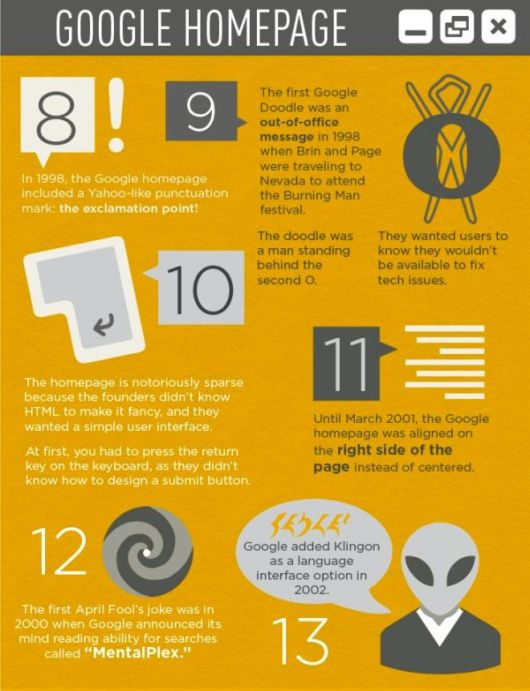 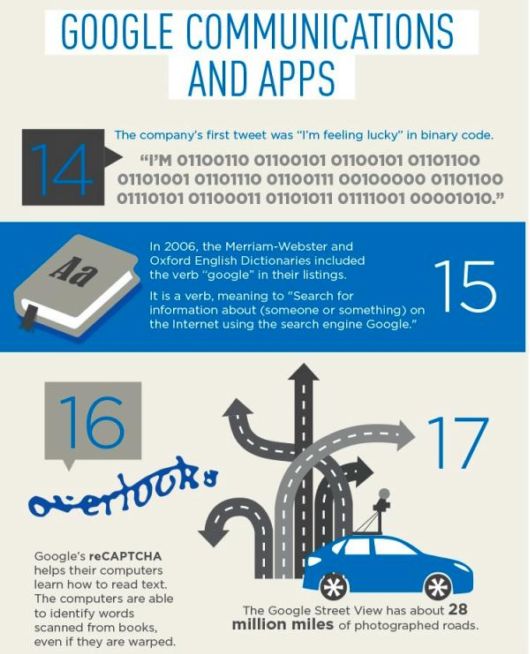 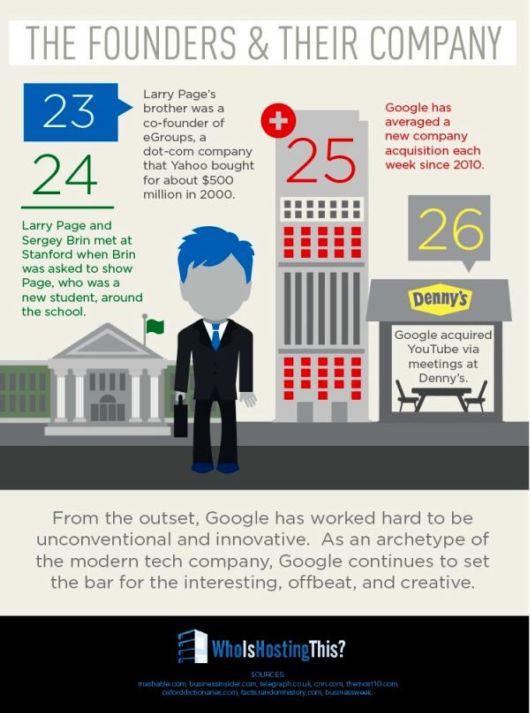