In general, those in the cockpit don’t eat the same meal (or share food) while they are on the job. It might seem arbitrary, but the guideline is intended to prevent food poisoning. When you think about it, it’s probably best that those flying a plane aren’t constantly running to the restroom. 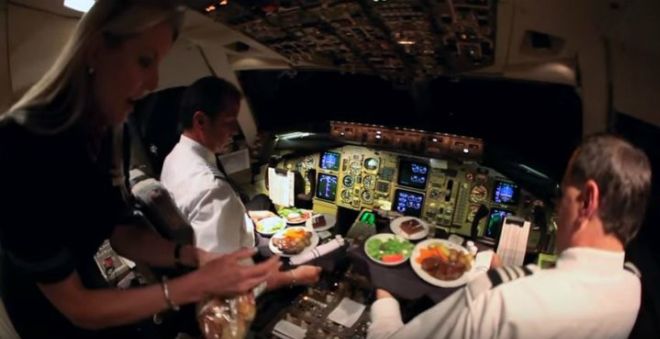 On international hauls there are crew meals, but not on domestic flights. Depending on the airline and the pilot’s discrepancy, the pilot gets the first class meal while the co-pilot receive a business class meal. Nonetheless, many members of the flight crew opt to bring their own rations for the journey.