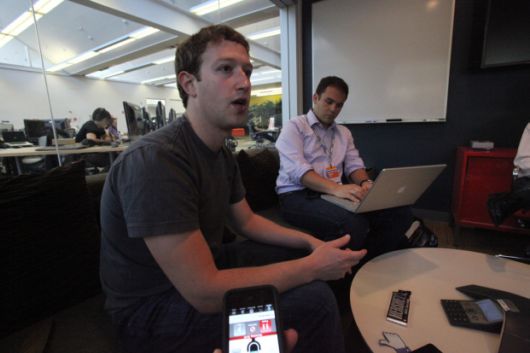 We live in an age in which people barely out of their twenties can become millionaires or even billionaires. Thats partly because of technology of course, but if that is the case then why isn?t everyone as rich as Mark Zuckerberg, Facebook founder and arguably the first person who springs to mind when you think ?young & rich?.

A lot of it comes down to the way they think. They think big, they are highly motivated and not afraid to fail. Here are 5 traits every young millionaire has.

Having a good idea and just dwelling on it never got anybody anywhere. If you?ve just come up with an amazing idea that nobody else ever has then act upon it now. Tomorrow someone else might have that idea as well and you will be left behind. A young millionaire has and idea and acts upon it immediately.

Nobody can build a truly amazing business or empire single handedly, it also requires the effort of a good team. Having others onboard with you will ensure that nothing is ever overlooked. Not to mention the amount of time it takes to run a business or company. There simple aren?t enough hours in the day for one person to do it all.

3. They Leverage Their Success

Success breeds success in the same way that once you have money you can make even more money, a concept that all young entrepreneurs are familiar with. Although investing in other start up companies is sometimes a risk, when a good idea presents itself they are prepared to step out of their comfort zone in order to make more money.

4. They Are Independent Thinkers

Even though many people are quick to shout down ideas that at the time seem crazy, it?s often those ideas that turn out to be the best as the founder and CEO of Alibaba, Jack Ma, found out. He invited friends and family to his house to ask them what they thought of his idea and they all told him he was mad. He didn?t listen to them and he is now a billionaire. Sometimes if you truly believe in something you have to go it alone.