The ambitious Albert Einstein challenges centuries of scientific thought with his new controversial idea, the General Theory of Relativity.

Albert Einstein was born in Ulm, Germany on March 14, 1879. Beginning with a flurry of papers in 1905, he turned classical physics on its head with his special and general theories of relativity, which revolutionized scientists? understanding of everything from space and time to gravity and energy. Einstein?s groundbreaking scientific ideas made his name a synonym for genius, but he was also famous for his pacifist views and support of the civil rights movement. Below, explore nine surprising facts about one of the towering minds of the 20th century. 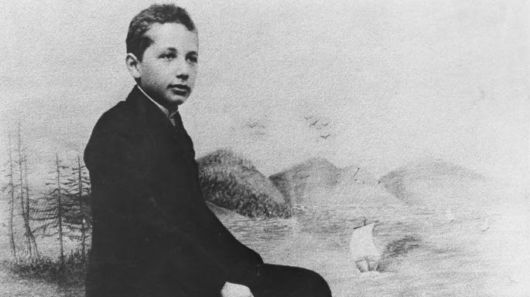 Albert Einstein at age 14. (Credit: ullstein bild/ullstein bild via Getty Images)
Underachieving school kids have long taken solace in the claim that Einstein flunked math as a youth, but the records show that he was actually an exceptional, if not reluctant, student. He scored high grades during his school days in Munich, and was only frustrated by what he described as the ?mechanical discipline? demanded by his teachers. The future Nobel Laureate dropped out of school at age 15 and left Germany to avoid state-mandated military service, but before then he was consistently at the top of his class and was even considered something of a prodigy for his grasp of complex mathematical and scientific concepts. When later presented with a news article claiming he?d failed grade-school math, Einstein dismissed the story as a myth and said, ?Before I was 15 I had mastered differential and integral calculus.?

No one knows what happened to his first daughter. 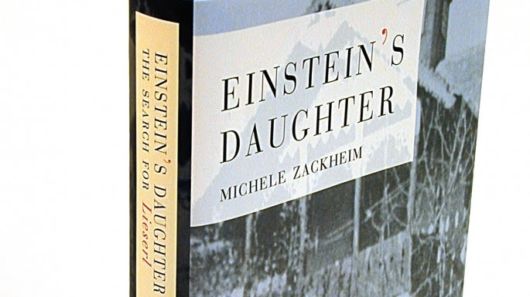 In 1896, Einstein renounced his German citizenship and enrolled at the Swiss Federal Polytechnic School in Zurich. There, he began a passionate love affair with Mileva Maric, a fellow physicist-in-training originally from Serbia. The couple later married and had two sons after graduating, but a year before they tied the knot, Maric gave birth to an illegitimate daughter named Lieserl. Einstein never spoke about the child to his family, and biographers weren?t even aware of her existence until examining his private papers in the late-1980s. Her fate remains a mystery to this day. Some scholars think Lieserl died from scarlet fever in 1903, while others believe she survived the sickness and was given up for adoption in Maric?s native Serbia.

It took Einstein nine years to get a job in academia. 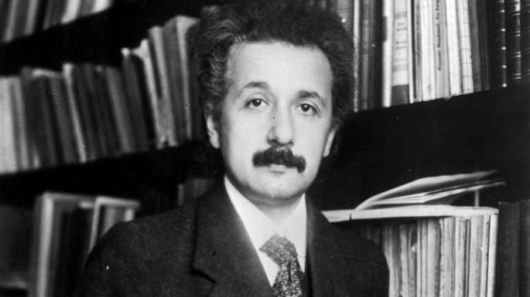 Einstein in 1905. (Credit: Topical Press Agency/Getty Images)
Einstein showed flashes of brilliance during his years at the Zurich Polytechnic, but his rebellious personality and penchant for skipping classes saw his professors give him less than glowing recommendations upon his graduation in 1900. The young physicist later spent two years searching for an academic position before settling for a gig at the Swiss patent office in Bern. Though menial, the job turned out to be a perfect fit for Einstein, who found he could breeze through his office duties in a few hours and spend the rest of the day writing and conducting research. In 1905?often called his ?miracle year??the lowly clerk published four revolutionary articles that introduced his famous equation E=mc2 and the theory of special relativity. While the discoveries marked Einstein?s entrance onto the physics world stage, he didn?t win a full professorship until 1909?nearly a decade after he had left school.

He offered his wife his Nobel Prize as part of their divorce settlement. 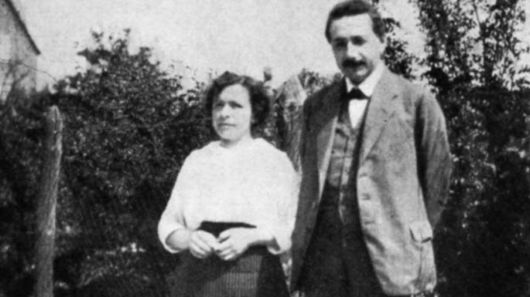 After his marriage to Mileva Maric hit the rocks in the early 1910s, Einstein left his family, moved to Berlin and started a new relationship with his cousin, Elsa. He and Maric finally divorced several years later in 1919. As part of their separation agreement, Einstein promised her an annual stipend plus whatever money he might receive from the Nobel Prize?which he was supremely confident he would eventually win. Maric agreed, and Einstein later handed over a small fortune upon receiving the award in 1922 for his work on the photoelectric effect. By then, he had already remarried to Elsa, who remained his wife until her death in 1936. 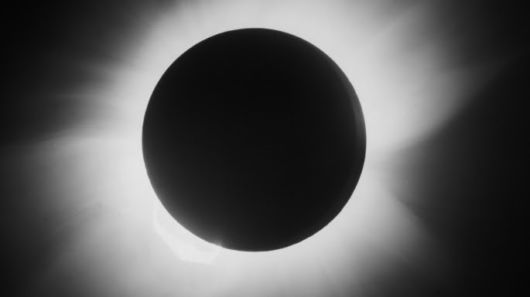 Photograph of the May 1919 solar eclipse captured by Arthur Eddington, which proved Einstein?s theory of general relativity. (Credit: SSPL/Getty Images)

In 1915, Einstein published his theory of general relativity, which stated that gravitational fields cause distortions in the fabric of space and time. Because it was such a bold rewriting of the laws of physics, the theory remained controversial until May 1919, when a total solar eclipse provided the proper conditions to test its claim that a supermassive object?in this case the sun?would cause a measurable curve in the starlight passing by it. Hoping to prove Einstein?s theory once and for all, English astronomer Arthur Eddington journeyed to the coast of West Africa and photographed the eclipse. Upon analyzing the pictures, he confirmed that the sun?s gravity had deflected the light by roughly 1.7 arc-seconds?exactly as predicted by general relativity. The news made Einstein an overnight celebrity. Newspapers hailed him as the heir to Sir Isaac Newton, and he went on to travel the world lecturing on his theories about the cosmos. According to Einstein biographer Walter Isaacson, in the six years after the 1919 eclipse, more than 600 books and articles were written about the theory of relativity.

The FBI spied on him for decades. 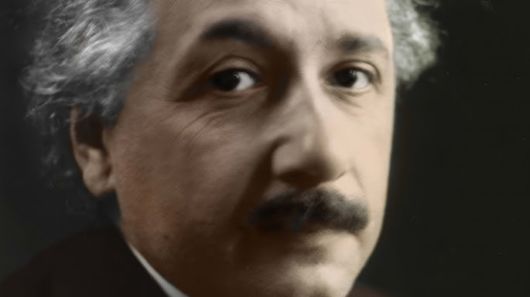 Credit: Roger Viollet/Getty Images
Shortly before Hitler rose to power in 1933, Einstein left Berlin for the United States and took a position at the Institute for Advanced Study in Princeton, New Jersey. His support for pacifist, civil rights and left-wing causes had already drawn suspicion from J. Edgar Hoover?s FBI, and after his arrival on American shores, the Bureau launched what would eventually become a 22-year surveillance campaign. Agents listened to the physicist?s phone calls, opened his mail and rooted through his trash in the hope of unmasking him as a subversive or a Soviet spy. They even investigated tips that he was building a death ray. The project came up empty handed, but by the time Einstein died in 1955, his FBI file totaled a whopping 1,800 pages.

Einstein urged the building of the atomic bomb?and later became a proponent of nuclear disarmament. 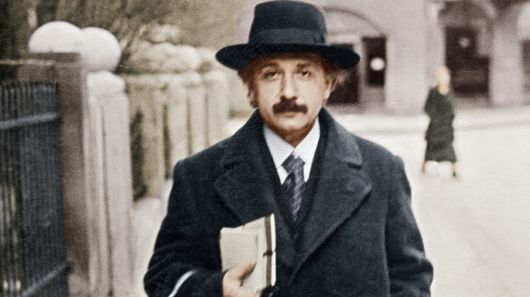 Credit: ullstein bild/ullstein bild via Getty Images
In the late-1930s, Einstein learned that new research had put German scientists on a path toward creating the atom bomb. The prospect of a doomsday weapon in the hands of the Nazis convinced him to set aside his pacifist principles and team up with Hungarian physicist Leo Szilard, who helped him write a letter urging President Franklin D. Roosevelt to conduct atomic research. Though Einstein never participated directly in the Manhattan Project, he later expressed deep regrets about his minor role in brining about the Hiroshima and Nagasaki bombings. ?Had I known that the Germans would not succeed in producing an atomic bomb, I never would have lifted a finger,? he told Newsweek. He went on to become an impassioned advocate of nuclear disarmament, controls on weapons testing and unified world government. Shortly before his death in 1955, he joined with philosopher Bertrand Russell in signing the ?Russell-Einstein Manifesto,? a public letter that stressed the risks of nuclear war and implored governments to ?find peaceful means for the settlement of all disputes between them.?

He was asked to be president of Israel. 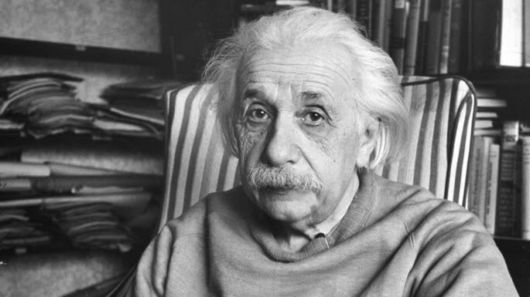 Though not traditionally religious, Einstein felt a deep connection to his Jewish heritage and often spoke out against anti-Semitism. He was never a staunch Zionist, but when head of state Chaim Weizmann died in 1952, the Israeli government offered to appoint him as the nation?s second president. The 73-year-old wasted little time in declining the honor. ?All my life I have dealt with objective matters,? Einstein wrote in a letter to the Israeli ambassador, ?hence I lack both the natural aptitude and the experience to deal properly with people and to exercise official function.?

Einstein?s brain was stolen after his death. 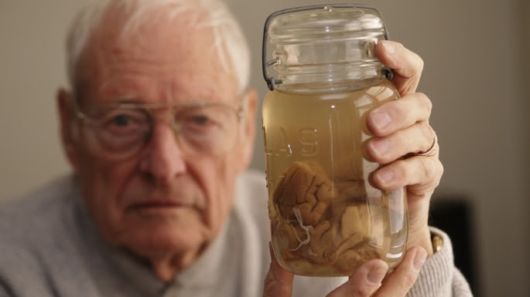 Einstein died in April 1955 from an abdominal aortic aneurysm. He had requested that his body be cremated, but in a bizarre incident, Princeton pathologist Thomas Harvey removed his famous brain during his autopsy and kept it in the hope of unlocking the secrets of his genius. After winning a reluctant approval from Einstein?s son, Harvey later had the brain cut into pieces and sent to various scientists for research. A handful of studies have been conduced on it since the 1980s, but most have either been dismissed or discredited. Perhaps the most famous came in 1999, when a team from a Canadian university published a controversial paper claiming Einstein possessed unusual folds on his parietal lobe, a part of the brain associated with mathematical and spatial ability.