Dog training is the process of teaching a dog to perform certain actions in response to certain commands which the dog is trained to understand. It is a general term which does not, by itself, describe what or how the dog is taught. There are many methods of dog training and many objectives, from basic obedience training to specialized areas including law enforcement, military, search and rescue, hunting, working with livestock, assistance to people with disabilities, entertainment, dog sports and protecting people or property. As pack animals, wild dogs have natural instincts that favor cooperation with their fellow dogs. Many domestic dogs, either through instinct or breeding, can correctly interpret and respond to signals given by a human handler. 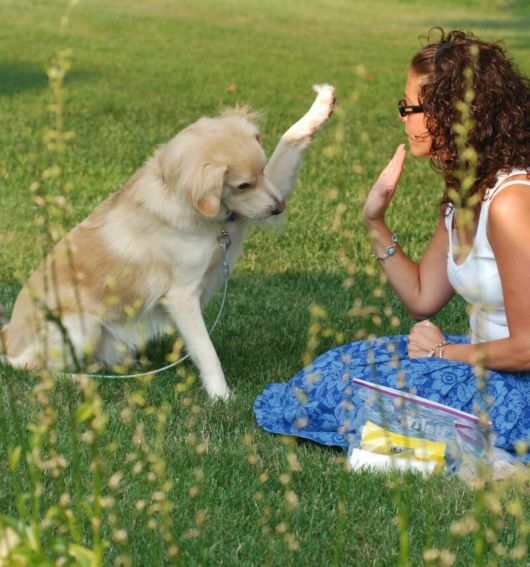 Most dogs, no matter their eventual advanced training or intended purpose, live with people who want them to behave in ways that make them pleasant to be around, keep them safe, and provides for the safety of other people and pets. Dogs do not figure out basic obedience on their own; they must be trained.

The hardest part of training is communicating with the dog in a humane way that the dog understands. However, the underlying principle of all communication is simple: reward desired behavior while correcting undesired behavior. 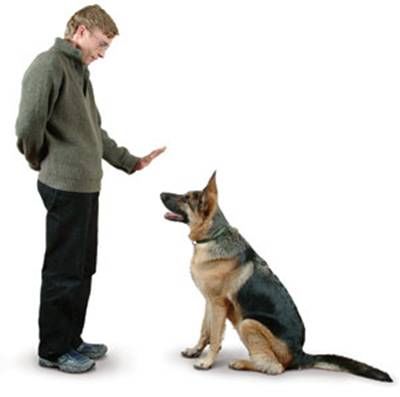 Sit
Down
Stay
Recall (?come?, ?here? or ?in?)
Close (or loose-leash walking)
Heel
?Corrections? should never include harmful physical force or violence. Using force while training is controversial and should not be taken lightly, because even if it ends the behavior, when applied inappropriately with some dogs it may lead to a loss of drive (enthusiasm for the given task), stress, and in some cases even aggression. A handler may decide to use force, however the standard used by most trainers is the minimum amount necessary to inhibit the unwanted behavior. 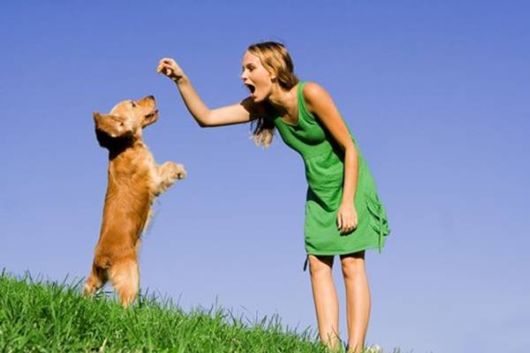 A handler must understand communication from the dog. The dog can signal that he is unsure, confused, nervous, happy, excited, and so on. The emotional state of the dog is an important consideration in directing the training, as a dog that is stressed or distracted will not learn efficiently. 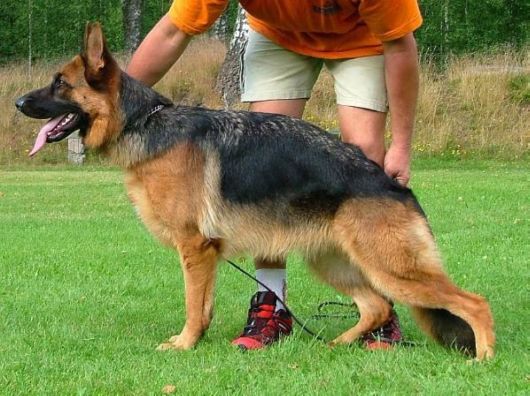 According to Learning Theory there are four important messages that the handler can send the dog:

Correct behavior. You have earned a reward.

Correct behavior. Continue and you will earn a reward.

Incorrect behavior. Try something else.

Incorrect behavior. You have earned punishment.

Using consistent signals or words for these messages enables the dog to understand them more quickly. 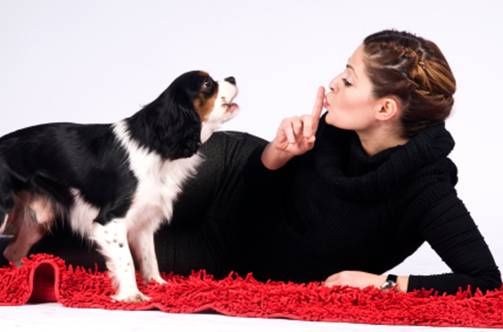 These messages may be communicated verbally or with nonverbal signals. Mechanical clickers are frequently used as a reward marker. Hand signals and body language also play an important part in learning for dogs. The meanings of the four signals are taught to the dog through repetition, so that he may form an association by classical conditioning so that the dog associates the punishment marker with the punishment itself. Some sources contend that the most effective marker is the human voice. (Canine Dimensions, 2008, 32)

Dogs do not generalize commands easily. A command which may work indoors might be confusing out-of-doors or in a different situation. The command will need to be re-taught in each new situation. This is sometimes called ?cross-contextualization,? meaning the dog has to apply what?s been learned to many different contexts. 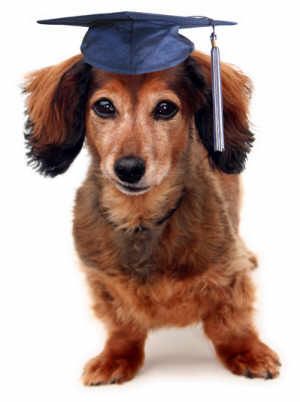 Most training revolves around establishing consequences for the dog?s behavior. Operant conditioning defines these following four types of consequences. 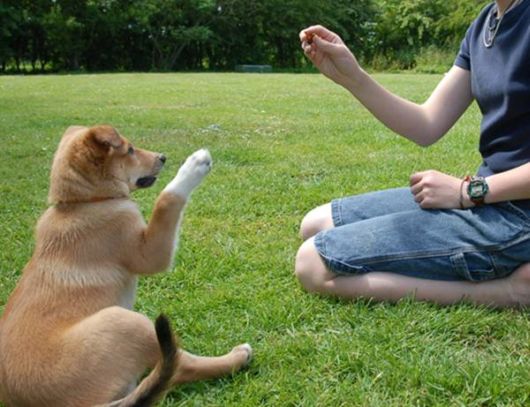 The goal is to produce a dog who will work independently for long periods of time, in the hopes of earning access to its special toy reward. Traditional forms of punishment is least used by modern dog trainers. A dog is generally only given this type of punishment if it is willfully disobeying the owner and owner needs to guard the dog?s safety in a serious situation. Punishment is effectively paired with teaching the dog desired behaviors, but is not a single solution, as it will make the dog fearful or unwilling to cooperate if it is not taught desired behaviors. Punishments should only be administered as appropriate for the dog?s personality, age, experience and physical and emotional condition. Some dogs may show signs of fear or anxiety with harsh verbal corrections. Other dogs may ignore a verbal reprimand. Some dogs develop an aversion or fear of water, when water is sprayed at them as an aversive.