What if we divide all the world’s wealth in the world equally among the people? What of it? And who gets what? 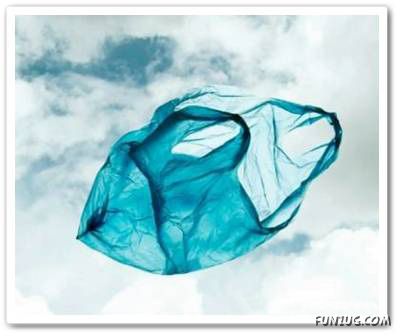 The most notable damage ejected plastic bags cause environmental developing countries because the recycling of household waste is available here at very low levels and is reduced, usually to the export of unsorted garbage outside the city limits. However, from 5 trillion. released into the world of plastic bags over 80% of people released in North America and Europe.

2 liters of oil per person per day. 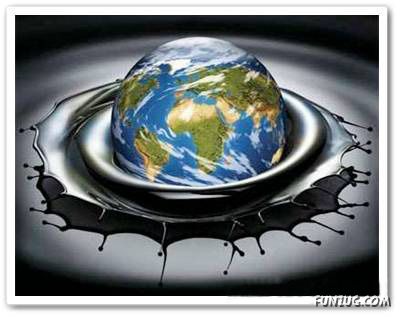 According to statistics, the year the world consumed over 31 billion barrels of oil – this amount could fill a tank with a diameter of 1 km and a length of 6.3 km. Meanwhile, in the world there are 1 285 000 000 000 barrels of proven oil reserves, ie, only 28.85 tons (slightly more conventional railway tank) for each inhabitant of the earth. At the current rate of consumption of a specified quantity of oil should suffice for 42 years.

29.5 square meters. meters of minefields on the person. 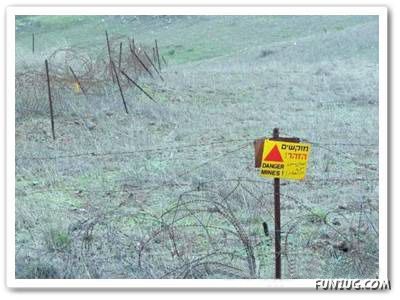 Convention banning anti-personnel mines (from the 1997), 133 States have signed. However, at this point in the world is about 200,000 square meters. kilometers of minefields, mines equipped banned, and 12 of the 37 states that refused to ratify the treaty, continue their mass production. This is Vietnam, India, Iran, China, Cuba, Myanmar, Nepal, Pakistan, Russia, Singapore, North Korea and the U.S.. 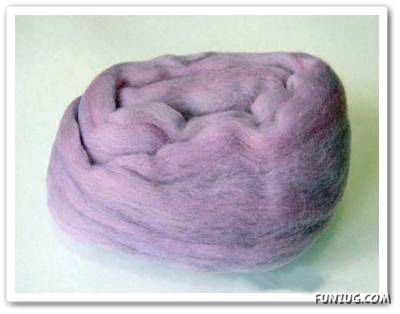 Annually produced 1,200,581 tons of wool, the majority – in the "Big Three wool" (Australia, New Zealand and China). However, more than 51% of the wool used for clothing, made in Australia, where 21.5 million people account for 107 million sheep, vol. E. 5 sheep for every inhabitant.

56.6 kg of paper and paperboard per person per year. 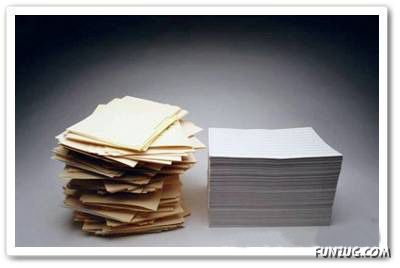 For one year on our planet is, on average, 383,603,402 tons of paper and paperboard. This is enough to each person each year to provide complete works of Fyodor Dostoyevsky (in 14 volumes), Chekhov (in 30 volumes), Lermontov (1 volume), A . S. Griboyedov (3 volumes), and Nikolai Leskov (in 38-and-volume), a series of "Library Adventure" (in 20 volumes) and the newspaper "Mole – Japanese scanwords. 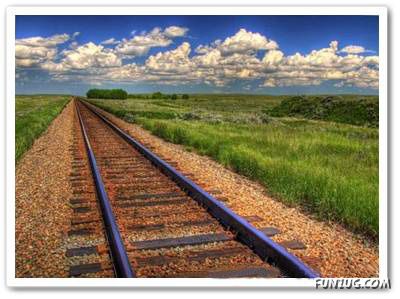 The total length of railway in the world is 1,370,782 km. If people want to line up in one column along the railways around the world, the place would be enough for 5.5 billion people (about 80% of the population). 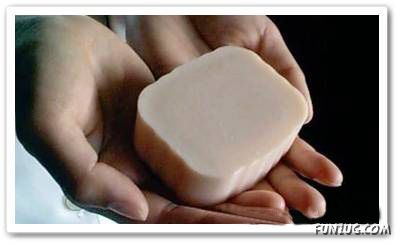 To prepare the 1,823,160 tons of soap (produced in the world for a year) requires about 1,020,582 tons of soap fats. The most common raw material – palm, coconut, olive, hlopchatnikovoe, canola and flaxseed oils, beef, lamb and pork lard, bone fat. In addition to the soap industry uses waste refining edible oils and fats obtained by washing goes to the processing of wool.

100 bananas per person per year. 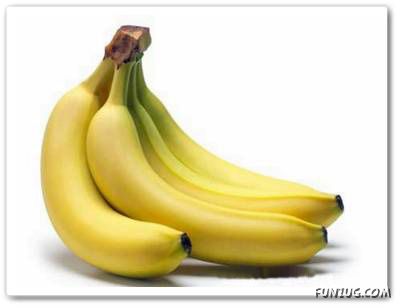 Each year on Earth is grown, on average, 82,887,488 tons of bananas. The most active consumers of bananas are residents of Sao Tome and Principe. And in Europe by this indicator lead Scandinavians – Swedes, Danes and Icelanders. At the same time, Iceland is also one of the few European banana producers – they are grown in special greenhouses heated with geothermal local waters.

146 mg of pure cocaine per person per year. 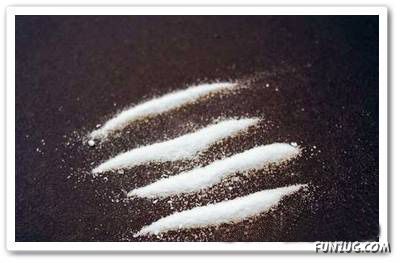 According to the UN Office on Drugs and Crime, in 2007 to the year the world produced 994 tons of pure cocaine, more than 600 of them – in Colombia. Would be enough to ensure at least 10 hours of drug intoxication in a year for every earthling. In this case, virtually all modern cocaine sold in mixtures with other substances. So the real weight of the drug is distributed to 10 times greater than the amount specified of the UN. 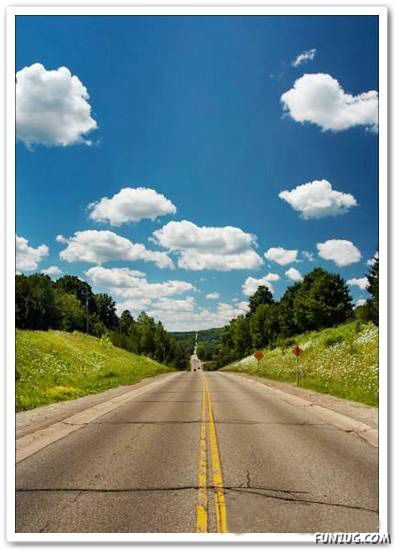 According to the CIA, of 68,937,575 of roads (paved and earth) of about 10% owned by the United States, making it the fourth country in the world for the first in the number of roads. Russia, which occupies first place in the territory, the list on the length of roads – in eighth place.

23.3 g extracted in the history of gold for every person now living. 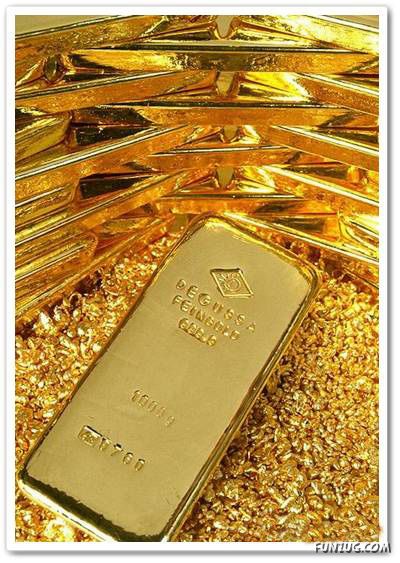 It is considered that the gold (even mined for thousands of years ago) continues in one form or another to circulate in the market. World Gold Council reported 158,000 tonnes of the metal recovered when either of the Earth. It would represent a cube of side 12 m.

5 ml of blood per person per year. 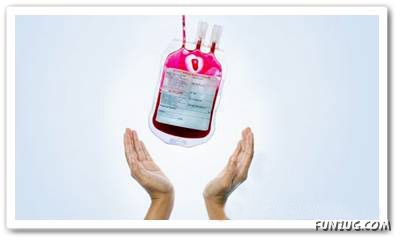 For the year as the world gives up, on average, 81 million doses donated blood (450 ml each). People in developing countries (80% of the population of the planet) rent is less than half the total, and 31 states can not verify the donated blood for HIV, syphilis and hepatitis. In Russia, for example, blood donors is approximately 4 times less than in the U.S., and 2 times less than in the EU (in relation to population). 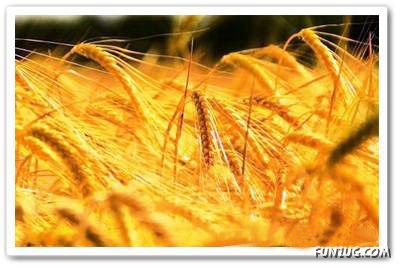 For one year on our planet grow an average of 725 million tons of wheat. If this crop to put on the production of vodka, we would have slightly less than 1.35 trillion. bottles (from 198 per person per year). If we make white bread – baked to 2.175 trillion. loaves (loaf around for each person per day).

15 dead in every person now living on Earth. 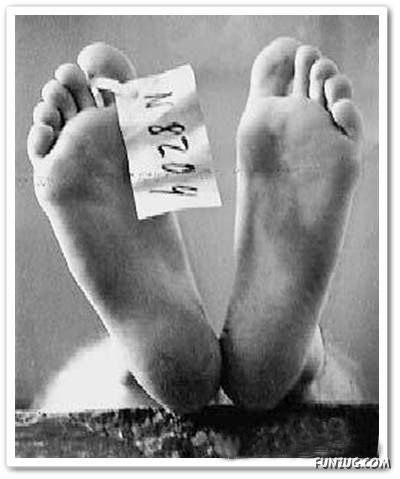 According to demographer Carl Haub estimated, with 50 000 years BC. er. and the beginning of 2002, the Earth was born 106 456 367 669 people. After that, according to the UN, came to light about another 946 million people. If all the dead, have ever lived on earth, rose from the dead and gathered, for example, in the big Russian, the density of the population amounted to 5,893 zombies on the square. km – almost the same as it is now in Hong Kong (6,326 persons per sq. km.).

30 liters of rain per person per minute. 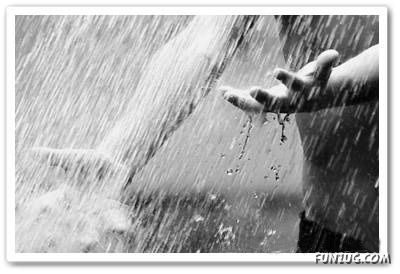 Each year on Earth as rain, drizzle, snow, ice needles, hail and other falling about 505,000 cubic meters of sediment, of which 107,000 cubic meters accounted for the land, inhabited by humanity.

25.8 kg of fertilizer per person per year. 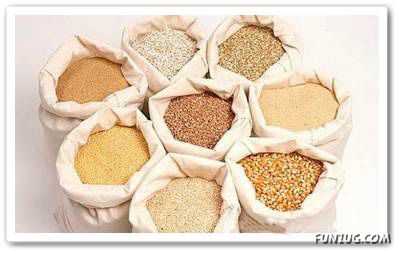 Despite the fact that the market of mineral fertilizers affected by the global crisis in 2008-2009. world fertilizer consumption was 174.7 million tons, only 10 times less than the total number of grains over this period.

808 cigarettes per person per year. 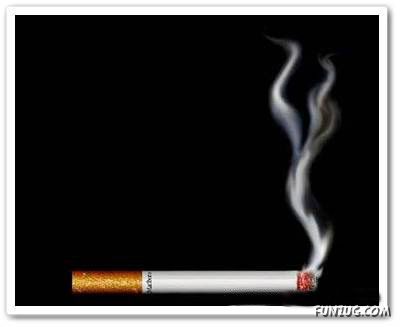 By the end of 2009, there were approximately 1.45 billion smokers, of whom more than 1 billion live in developing countries. For year 2009 Issued 5 475 billion cigarettes, which cause considerable harm not only the health of smokers themselves, but also nature. The total weight of cigarette butts (one weighs 0.8 g), released annually, is 4.38 million tons. 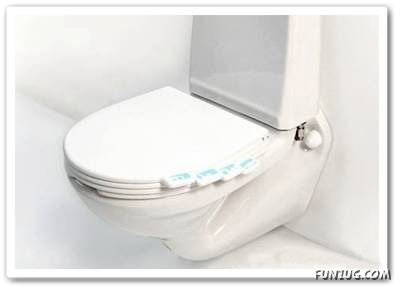 Humanity produces no less than 370,657,500 tons of feces a year. Norwegian scientists are developing bio-fuel buses, estimated that each person, simply by visiting a toilet, would produce no less than 8 liters of this fuel every year. 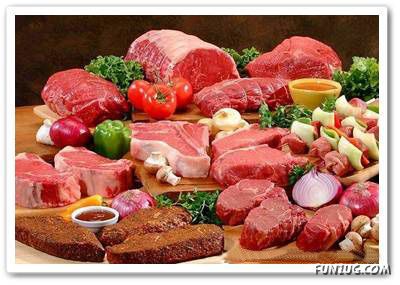 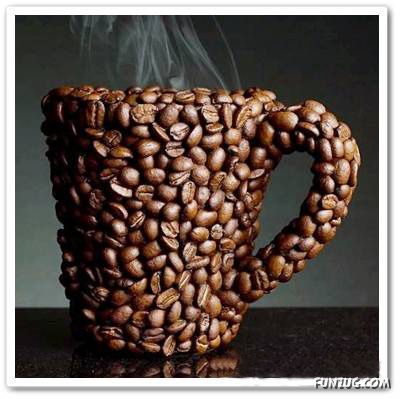 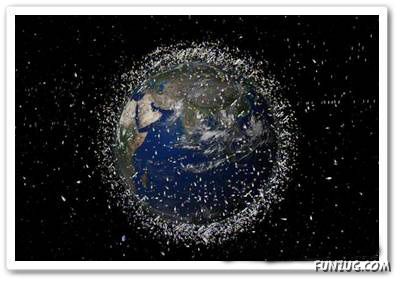 The total mass of unused objects of artificial origin in the Earth orbit is estimated at 5500 tons. Time of ballistic existence of space debris – a million years in geostationary orbit and up to 10 thousand years in low Earth orbits.

4 rats for each person now living. 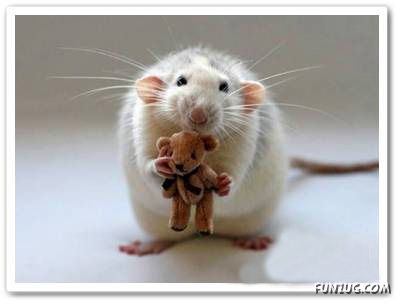 Called experts, the number of rats in a little over 27 billion, many are questioning. However, numerous indirect data show the correctness of these calculations. For example, recorded that the Chinese province of Hunan, in the territory inhabited by about 97 million people after the flood, flooding burrows, fled about 2 billion rats.

229 grams of milk per person per day. 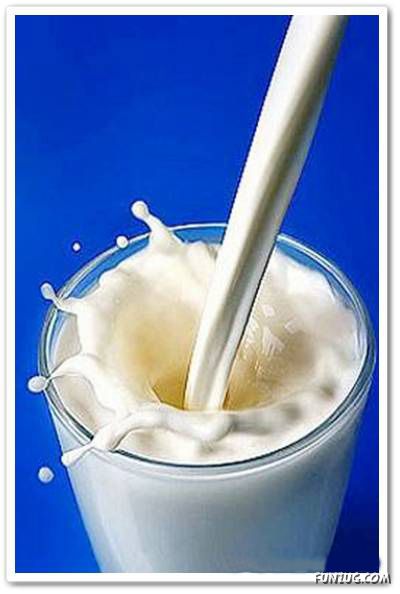 The average annual yield of the world whole, cow’s milk is 566,850,186 tons. But as you know, about three quarters of people suffering from hypolactasia – with age they lose the ability to digest lactose contained in milk. Most of these people among the Chinese (93%), residents of South-East Asia (98%) and Indians (100%). Therefore, if we divide all the world milk is among those who can fully digest it, get more – 920 grams per person per day.

4 liters of pure alcohol per person per year. 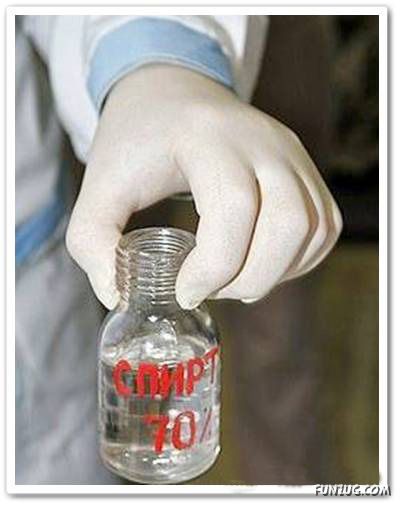 According to WHO, the year a person drinks about 4 liters of alcoholic beverages in terms of pure alcohol. In the three leaders on alcohol consumption includes residents of Uganda (19 liters in terms of pure alcohol per year), Luxembourg (18 liters) and the Czech Republic (16 liters). Russia takes 23rd place (11 liters). Nothing at all do not drink, according to UN data, only residents of Bangladesh, Kuwait, Libya, Saudi Arabia, Somalia.

2 condoms per person per year. 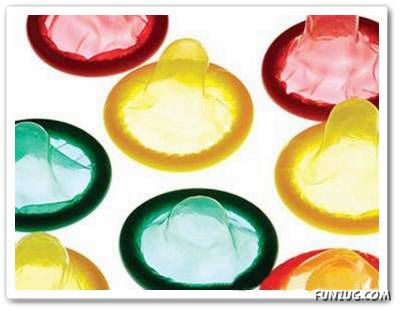 In the 2008th year of manufacture of 14 billion condoms. But the producers ascertain many cases, inappropriate use, especially in developing countries. For example, in South Africa condoms are often used for carrying water in Mexico – as a reliable protection of grain from insect pests in India – as a cheap substitute for rubber belt machine.

5.63 kg of newspapers per person per year. 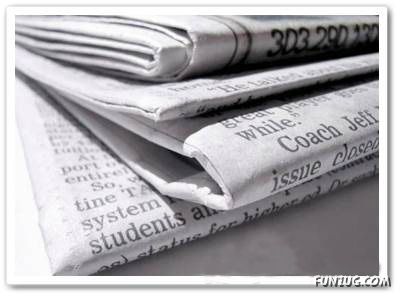 For the year in the modern world is, on average, 38,096,272 tons of newsprint quality. The first five places among the most published of paid newspapers in the world occupied by the Japanese edition: "Emuri Shimbun (14 million copies)," Asahi Shimbun (12.1 million copies.), Mainichi Shimbun (5.6 million), " Nihon Keizai Shimbun (4.6 copies) and "Sankei Shimbun" (4.5 million). Most Draw the Russian newspaper "Komsomolskaya Pravda" (735,000 copies) is in this ranking 83rd place.