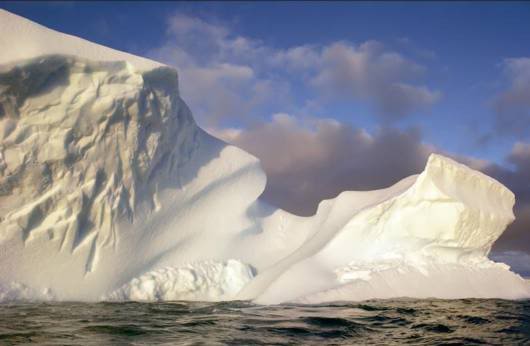 The authors briefly review the history of Antarctic sea ice extent derived from satellite observations, after which they attempt to derive an explanation for the empirical data being what they are, based on climate model simulations.

What was learned
Citing the work of Zwalley et al. (2002), Turner et al. note that over the period 1979-1998, sea ice extent surrounding Antarctica increased at a mean rate of 0.98% per decade, and that Comiso and Nishio (2008) derived a value of 0.9% per decade for the period 1978-2006. This sea ice extent increase, according to their modeling work, is largely driven by an autumn increase in the Ross Sea sector that “is primarily a result of stronger cyclonic atmospheric flow over the Amundsen Sea,” and they say that “the trend towards stronger cyclonic circulation is mainly a result of stratospheric ozone depletion, which has strengthened autumn wind speeds around the continent, deepening the Amundsen Sea Low through flow separation around the high coastal orography.” On the other hand, and much more simply, they also report that “statistics derived from a climate model control run suggest that the observed sea ice increase might still be within the range of natural climate variability.”

What it means
As a result of these contrasting possibilities, it is clear that the true cause of the near-three-decade increase in Antarctic sea ice extent cannot be stated with any confidence. The only thing we can conclude at this point in time, therefore, is that for some still-unproven reason, and in spite of the supposedly unprecedented increases in mean global air temperature and CO2 concentration that the planet has experienced since the late 1970s, Antarctica sea ice extent has stubbornly continued to just keep on growing.