Republic India Coinage
India won its independence on 15 th August, 1947. During the period of transition India retained the monetary system and the currency and coinage of the earlier period. While Pakistan introduced a new series of coins in 1948 and notes in 1949, India brought out its distinctive coins on 15 th August, 1950.
Chronologically, the main considerations influencing the coinage policy of Republic India over time have been:
1. The incorporation of symbols of sovereignty and indigenous motifs on independence;
2. Coinage Reforms with the introduction of the metric system;
3. The need felt from time to time to obviate the possibility of the metallic value of coins rising beyond the face value;
4. The cost-benefit of coinisation of currency notes
Independent India Issues could broadly be categorised as

The Frozen Series 1947-1950
This represented the currency arrangements during the transition period upto the establishment of the Indian Republic . The Monetary System remained unchanged at One Rupee consisting of 192 pies.
1 Rupee = 16 Annas
1 Anna = 4 Pice
1 Pice = 3 Pies 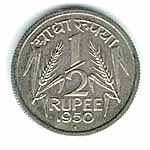 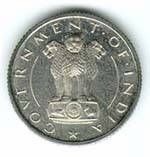 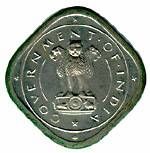 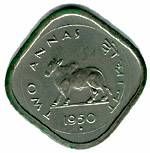 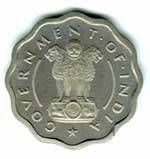 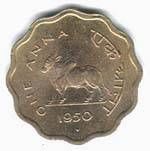 The Anna Series
This series was introduced on 15 th August, 1950 and represented the first coinage of Republic India. The King’s Portrait was replaced by the Lion Capital of the Ashoka Pillar. A corn sheaf replaced the Tiger on the one Rupee coin. In some ways this symbolised a shift in focus to progress and prosperity. Indian motifs were incorporated on other coins. The monetary system was largely retained unchanged with one Rupee consisting of 16 Annas.

The Decimal Series
The move towards decimalisation was afoot for over a century. However, it was in September, 1955 that the Indian Coinage Act was amended for the country to adopt a metric system for coinage. The Act came into force with effect from 1 st April, 1957. The rupee remained unchanged in value and nomenclature. It, however, was now divided into 100 ‘Paisa’ instead of 16 Annas or 64 Pice. For public recognition, the new decimal Paisa was termed ‘Naya Paisa’ till 1 st June, 1964 when the term ‘Naya’ was dropped. 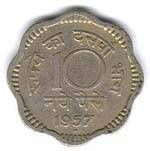 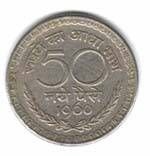 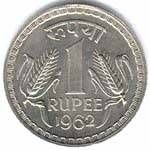 Naya Paisa Series 1957-1964
With commodity prices rising in the sixties, small denomination coins which were made of bronze, nickel-brass, cupro-nickel, and Aluminium-Bronze were gradually minted in Aluminium. This change commenced with the introduction of the new hexagonal 3 paise coin. A twenty paise coin was introduced in 1968 but did not gain much popularity.

Aluminium Series 1964 onwards
Over a period of time, cost benefit considerations led to the gradual discontinuance of 1, 2 and 3 paise coins in the seventies; Stainless steel coinage of 10, 25 and 50 paise, was introduced in 1988 and of one rupee in 1992. The very considerable costs of managing note issues of Re 1, Rs 2, and Rs 5 led to the gradual coinisation of these denominations 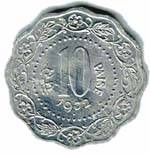 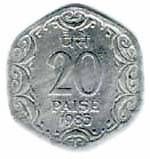 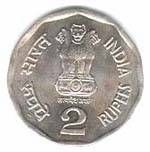 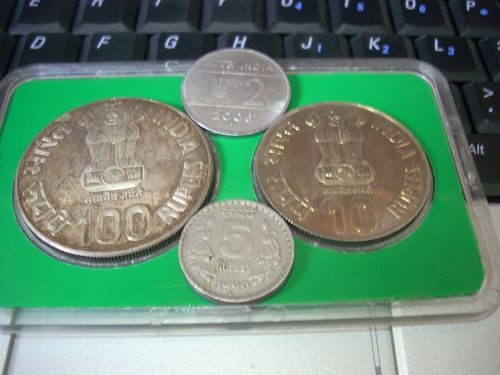 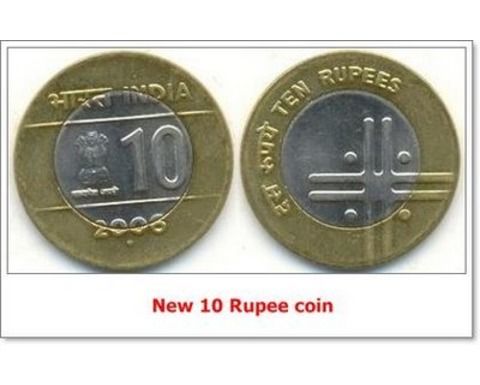