While we keep debating the benefits of cloud computing, only a few of us know that it’s actually the ocean that fuels our internet addiction. Thin cables that lie on the seafloor, connecting the world, transmit 99 percent of international data.

The importance of the cables can be seen in the map of cables that connect the world. The map shows 299 cables that are active, under construction, or planned to be completed by the end of 2016. 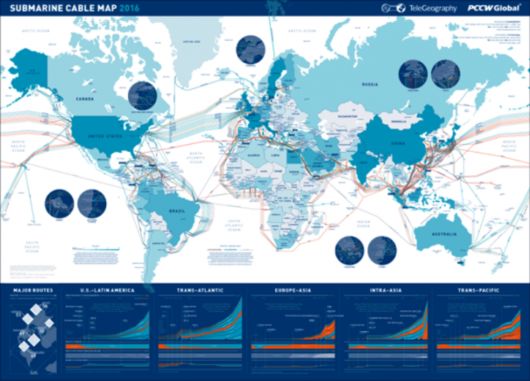 These underwater cables are generally preferred over satellite transmission because of their speed and reliability. They rarely fail, thanks to the incredibly high speed it offers and the backup routes available.

This brilliant vintage map comparing the map of trade routes in 1912 and map of submarine cables today is an example of how things have evolved. 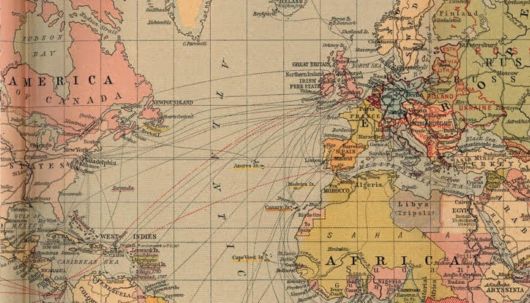 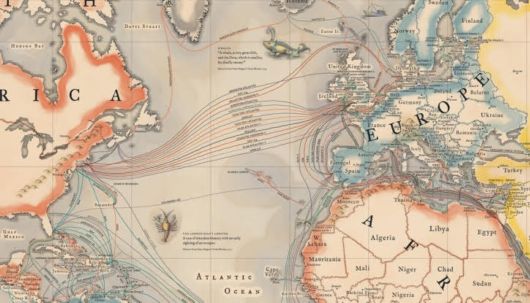 The submarine cables get the massive investments required from companies that are looking to explore, what have now become, the ‘modern trade routes’. 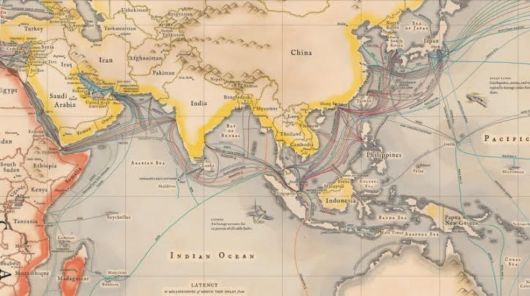 Which is why a tech giant like Google invested $300 million in a trans-Pacific cable system to move their data faster. Even Facebook put money into an Asian cable system.

Not much has changed in all these years. The ship carrying the cables moves along the ocean slowly unwinding the cables as they sink to the ocean floor. The SS Great Eastern was actually the first in laying out a successful trans-Atlantic cable back in 1866. Back then it was used to transmit telegraph messages. From 1956, it started carrying telephone signals.

Modern cables in comparison are much thinner – about 3 inches across. At the deepest point in the Japan Trench, cables go as deep as 8,000 metres deep in the ocean. That’s the height of Mt.Everest!

An optical fibre looks something like this. Many fibres bundled within a larger shell protecting it. 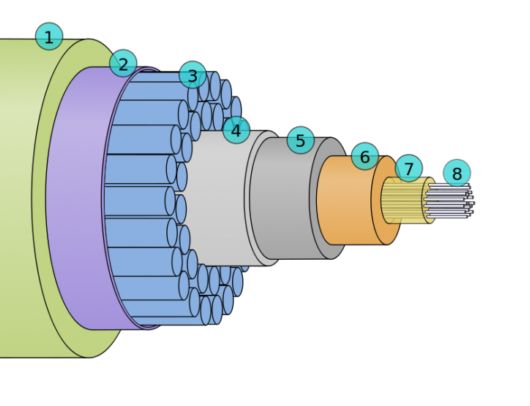 Petroleum jelly (this helps protect the cables from the water)

These cables transmit videos, GIFs, information and articles like the one you’re reading right now. They are the reason we get to download and stream things in a matter of milliseconds. Incredible.