Every person that I know deeply cares about his or her pets. They are their best friends. They tenderly love each other. Sometimes they eat together, sleep together, and go for walks together. I?m more of a cat person, but I can?t sit still when I see little puppies or big dogs with big soft fur. I want to hug them, play with them, and give them some of my love and tenderness too. I?ve also seen many adult dogs of different breeds worth praise and true admiration. They are clever, sociable, and funny when you want to play; calm and patient with kids. And they?re something I can?t credit to cats: they are faithful. 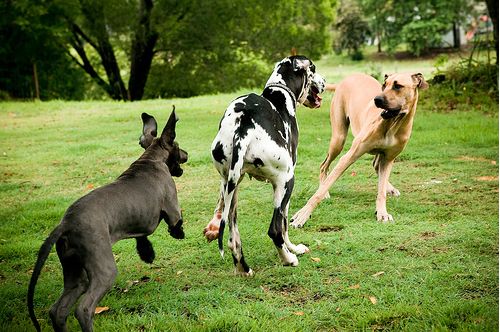 Personally, I don?t know any dog that would bite without warning or just snap. It?s my firm belief that behavior of the dog doesn?t depend on its breed so much as it being the right training and the ?master? that matter. In my opinion, humans are most often responsible for dangerous dogs. That said, there might be some truth in the idea that some breeds have more unstable temperaments than others, but knowing this we should never provoke them.

Think for a minute and analyze your own life. Are we always polite? I can think of several situations when I would have gladly slapped a man in the face, but thank God I?m weak enough and I can control myself (at least I think that I can). Now think about animals. They have instincts too, and they may forget about good manners. It?s not as if they understand them in the same ways we do.

It?s also important for dog owners to protect both other people and their dogs from unexpected circumstances and thus the unpleasant situations. For example, when going outside, they could always use a dog-lead and a muzzle. They could be careful and not let the dog play on its own without a leash, especially when there are other people around. When you have a dog, you become forever responsible for the animal you?ve trained and tamed.

In any case, it?s good to know what breeds of dogs might be most dangerous, just to keep yourself safe. Sometimes the danger in a dog isn?t even a nasty personality, but a matter of them not knowing their own strength. Even though I personally still find it hard to believe that breed alone deems a dog ?dangerous,? you never know what a dog?s owner has taught it. The research into the most dangerous dogs included below was performed by the American Veterinary Medical Association, the CDC, and the Humane Society of the United States. We?ll start with least dangerous of the bunch. Sorry, but there won?t be any terrifying photos today.

Dalmatians are active and energetic dogs, loving to be outdoors. They are very playful and love running.There?s still no definite info about what this breed was originally bred for. This is the first dotted breed in Europe, Asia and Africa. They were serving as warriors, hunters, and shepherds before finally becoming the symbol of the English fireman. 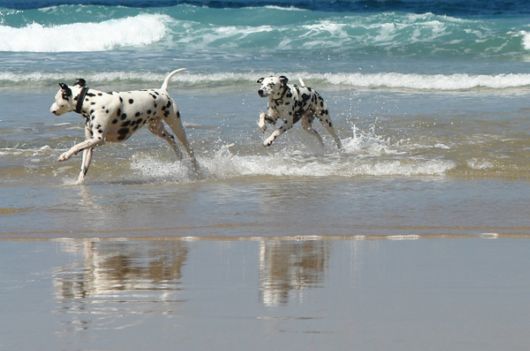 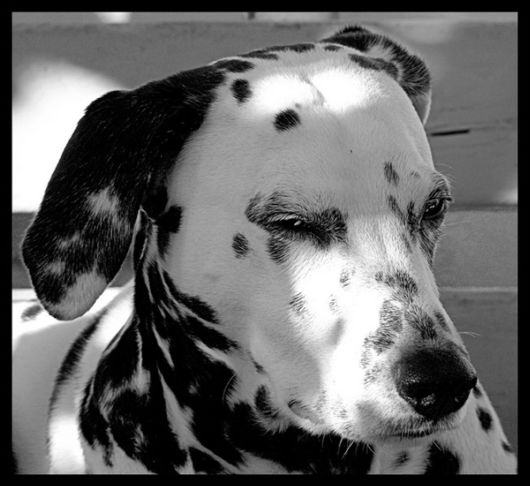 The boxer is a very strong ?square? dog. Boxers love to walk, but the owner should never forget the leash. It?s also better to refrain from aggressive games. Still, boxers recognize all members of the family and can play well with the children.

The boxer breed was bred in feudal Germany and dates back to the line of bulldogs that existed in Europe in the XVI century. Its ancestors were used in hunting wild boars and other big wild animals. The first puppy in a new breed was given a name ?Box.? Boxers qualities, such as their strength, were highly valued by farmers and shopkeepers. 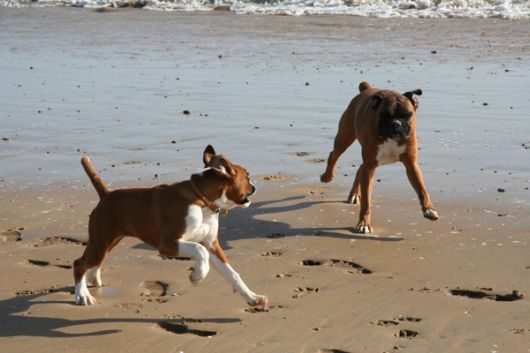 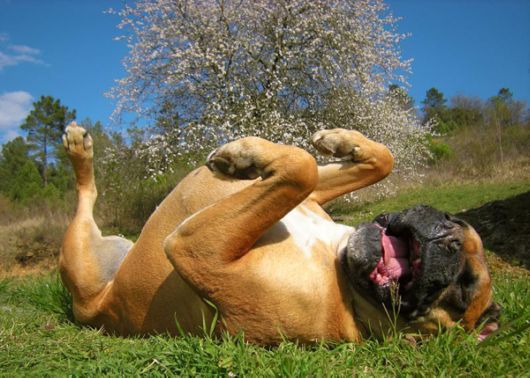 The Presa Canario hails from the Canary Islands, where the dogs were trained for hunting and for war. During the 18th century, English traders and merchants came to the Canary Islands, bringing with them their working and gladiator dogs, notably the Mastiff of England and the Bulldog. Englishmen also brought with them their traditions of pit fighting for which their breeds and the island dogs were inevitably mixed and eventually bred to produce the ultimate fighter. Nowadays the breed is used for guarding and the handling and driving of cattle.

The dogs of this breed can be gentle and noble with their families, showing great affection to their owners, and being suspicious of strangers. 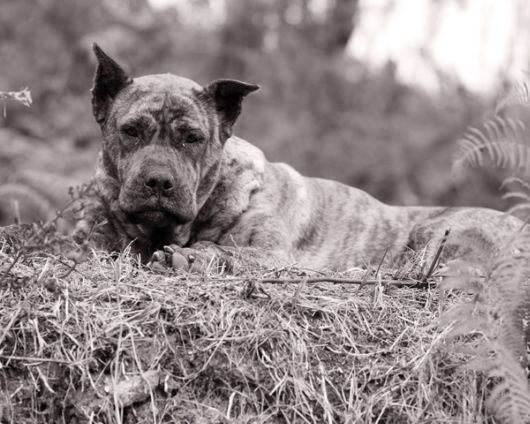 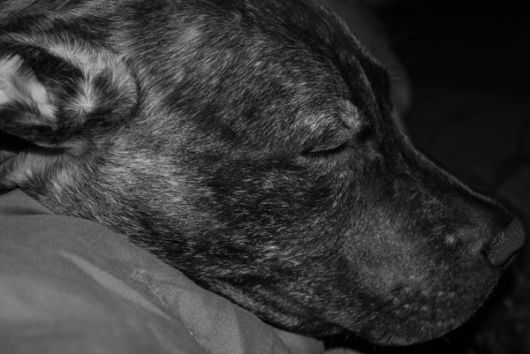 Saint bernards are amazingly big and easygoing dogs, but due to their impressive size they can look a bit awkward. They are quiet and peaceful, love children and are not built for active and rapid games. Saint bernards will need all of your attention, so if you spend days in the office, this dog is not for you. They are tremendously strong and, of course, they require a good bit of space.

Most likely, the ancestor of the Saint Bernard was the Alpine Mastiff, which was a pretty aggressive breed. They were used as working dogs and scouts. Nowadays they are considered excellent home companions. 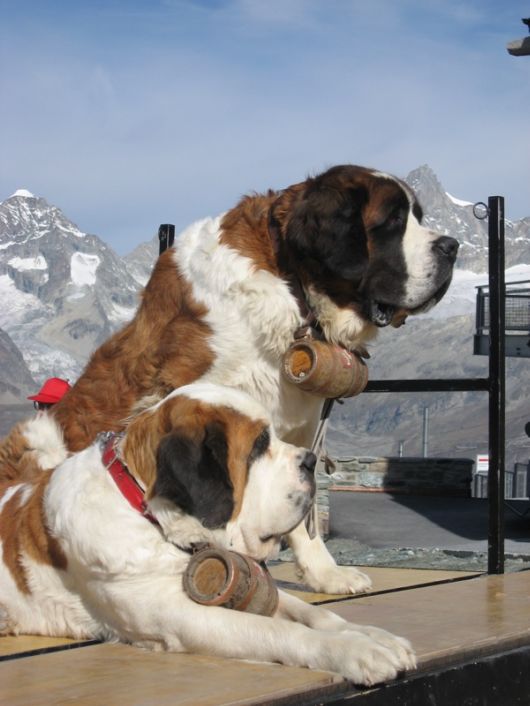 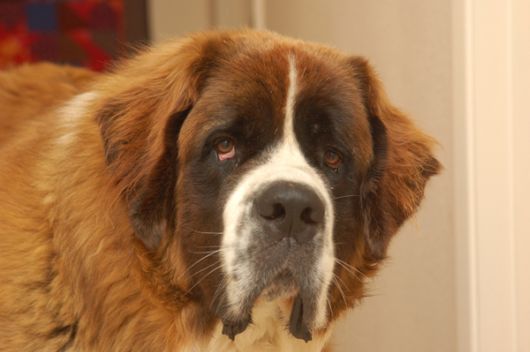 Great danes are beautiful and majestic animals, with a gentle and loving nature. They love to play with children and participate in all family events and activities, especially in the outdoors. They are happy to go for a walk and don?t mind the company of other dogs, and despite their gigantic size Great Danes can even feel quite at home in a city.

In the middle ages, these dogs were used for dog fighting and for hunting big mammals. 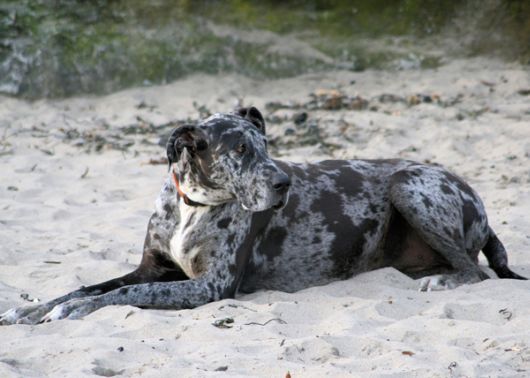 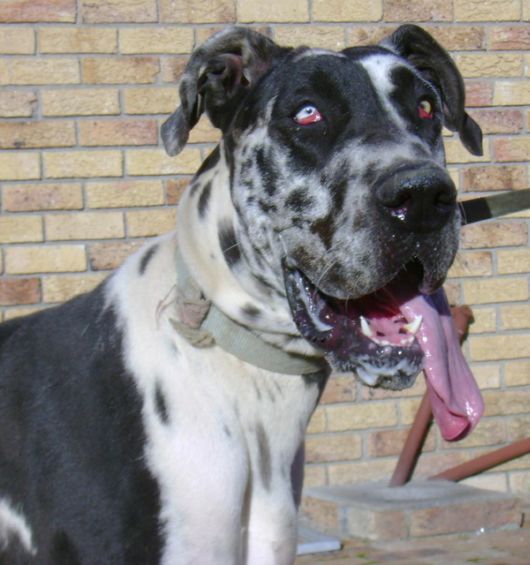 The chow chow is an independent dog often focused only on its own needs. Chow chows need constant physical activity and communication, even if they don?t seem to like being disturbed much.

Chow chows were bred for hunting and helping shepherds. 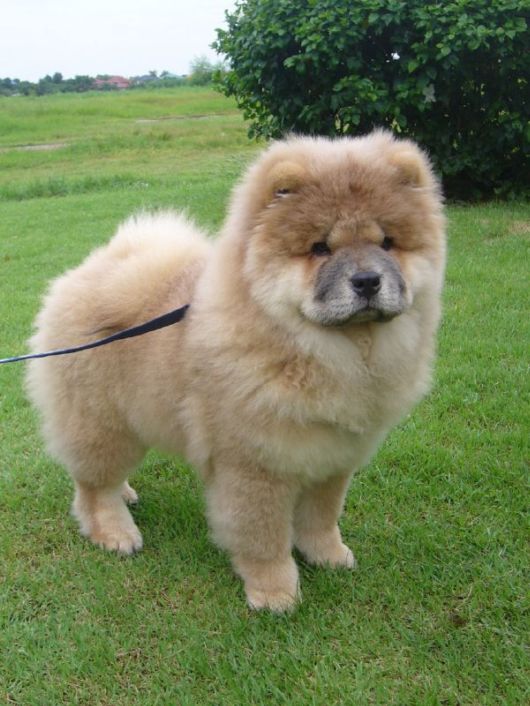 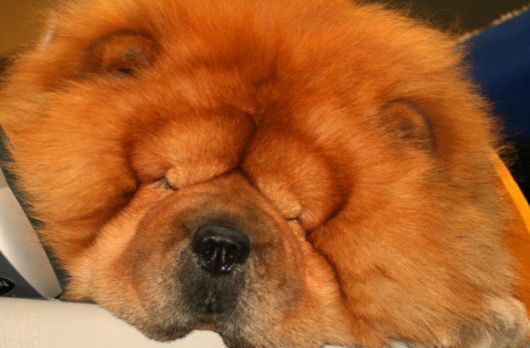 Doberman pinschers (often just called dobermans) are dogs that were originally bred to protect and defend. It is important to avoid any type of aggressive play and struggle with these dogs, instead letting the games be guided to develop the doberman?s intelligence. Even though they aren?t small dogs, dobermans can adapt to life in a city and become a perfect companion for the experienced, physically active owner.

This breed was bred in Germany by Louis Doberman who decided to combine the qualities of guard dogs and and the terrier. Luis was a policeman and needed a dog that would devotedly defend its owner. 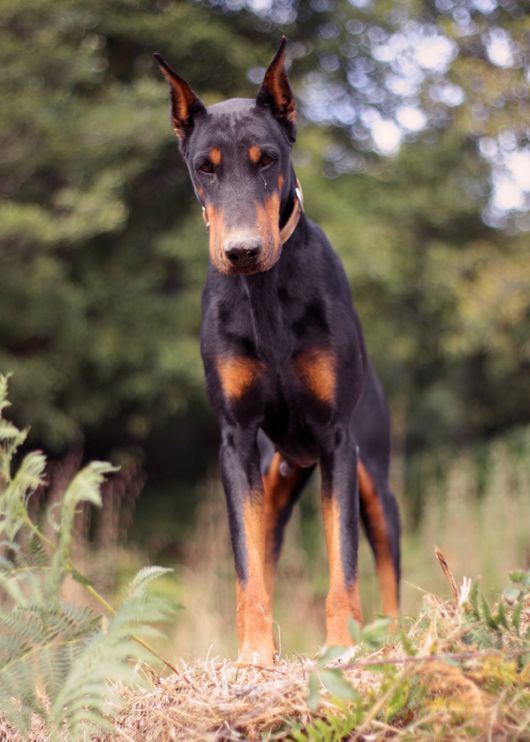 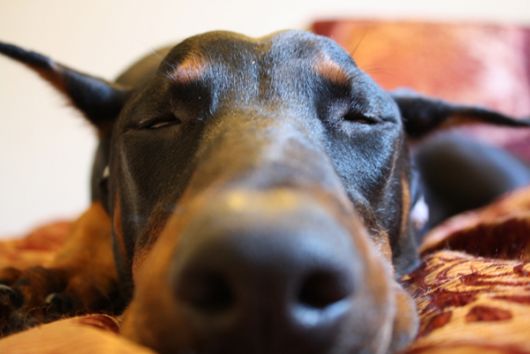 The malamute is a friendly dog, but it has rather an independent temper. It?s better to keep this dog in a village, far from the city. Sometimes violent and energetic, they constantly need to move or play. It?s a working breed where the dogs are used to a cold climate, so if you don?t live in the deep north, make your malamute a nice playground as they are always in need of physical activity.

The name was given to the breed by a local tribe which used the malamute to transport goods on a sleigh. 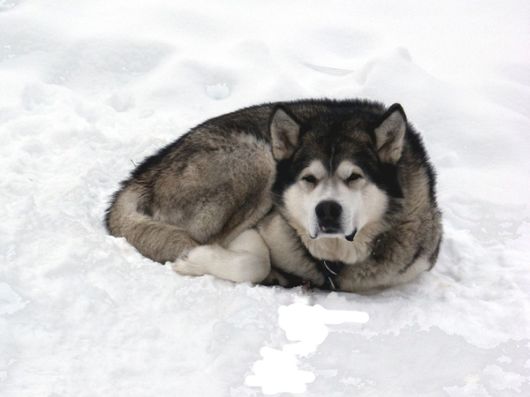 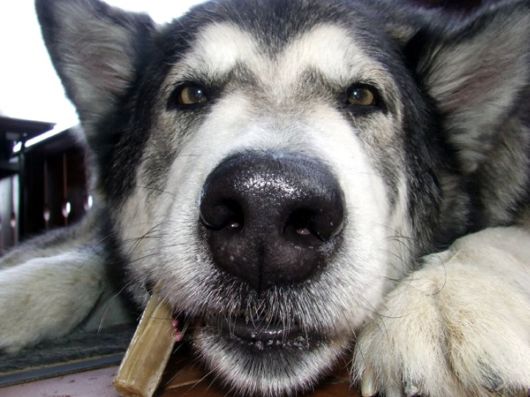 The training of a husky is a complicated thing, and this dog is not recommended for beginning dog owners. Initially these dogs were used to transport goods on a sleigh. Not afraid of cold weather, they?re very active and loving dogs. The love to get together with other members of their breed and howl at the moon. 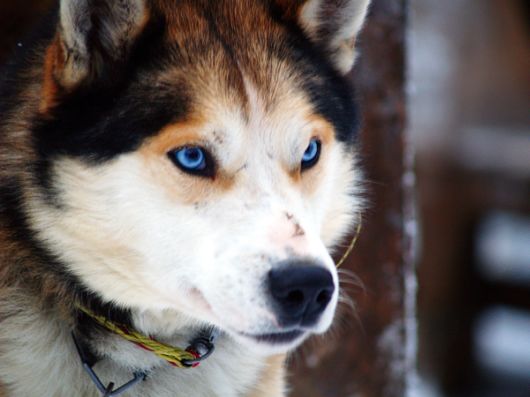 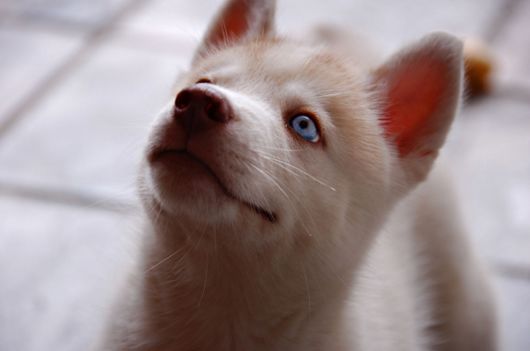 German shepherds are very beautiful dogs, distinguished from other breeds by their reliable and obedient temper. They are in need of constant and serious physical activity though, and they seem to give preference to long walks and active games.

Originally (as obvious from the name), the dogs were used for grazing sheep. They are great home guards and often participate in programs for the disabled. 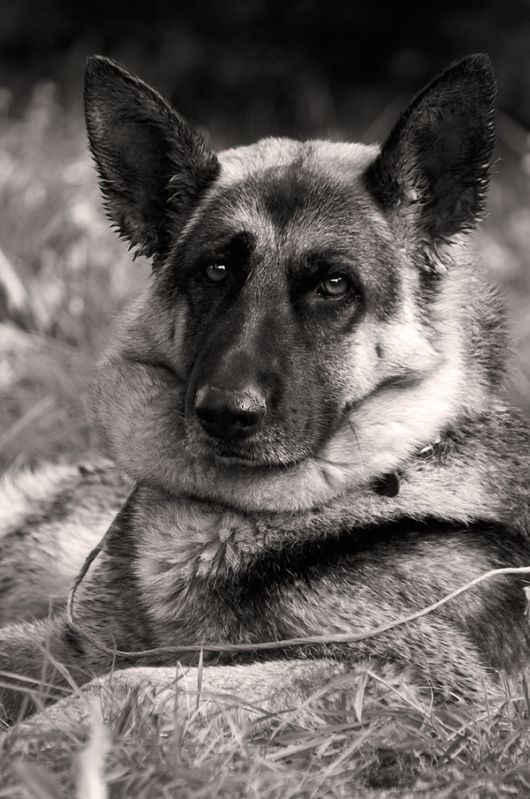 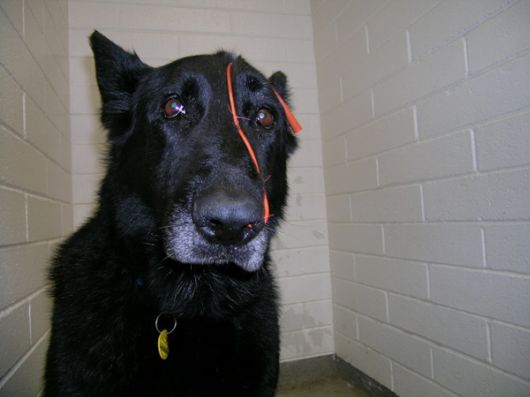 Rottweilers are powerful dogs with strong jaws, primarily meant to protect. The breed was bred especially for that purpose. They often don?t like strangers and other dogs ? they are guards at heart, and the dog owner should always remember that. 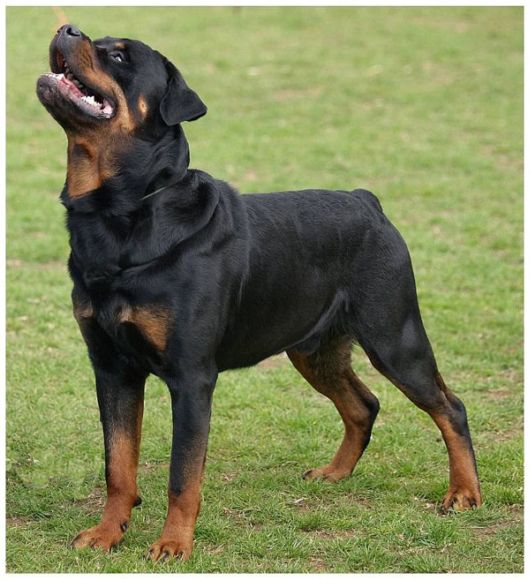 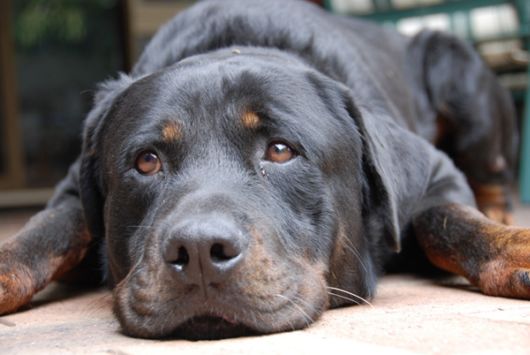 The pit bull was bred especially for dog fighting and, sad as it is, they?re still used for this purpose today. 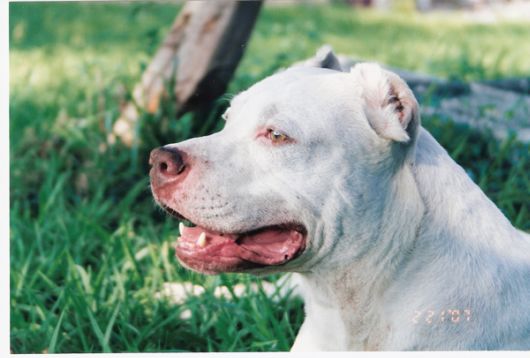 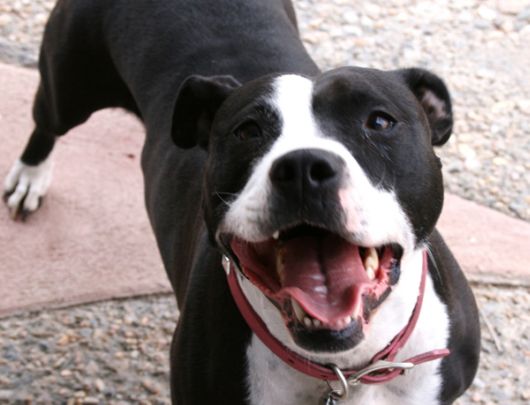