The Origin And Meaning Of ?Caught Red Handed? And Other Popular Sayings 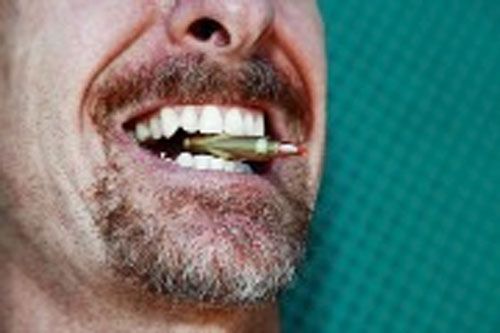 Meaning: Accepting something difficult or unpleasant
History: There was no time to administer anesthesia before emergency surgery during battle. The surgeon made patients bite down on a bullet in an attempt to distract them from the pain.

Blood is Thicker than Water 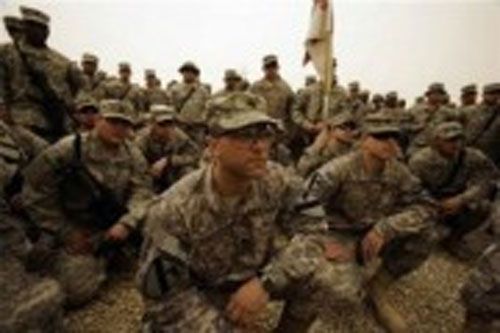 Meaning: Family comes before everything else
History: In ancient Middle Eastern culture, blood rituals between men symbolized bonds that were far greater than those of family. The saying also has to do with ?blood brothers,? because warriors who symbolically shared the blood they shed in battle together were said to have stronger bonds than biological brothers. 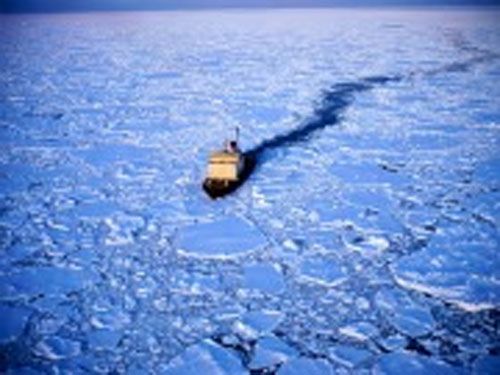 Meaning: To commence a project or initiate a friendship
History: Before the days of trains or cars, port cities that thrived on trade suffered during the winter because frozen rivers prevented commercial ships from entering the city. Small ships known as ?icebreakers? would rescue the icebound ships by breaking the ice and creating a path for them to follow. Before any type of business arrangement today, it is now customary ?break the ice? before beginning a project. 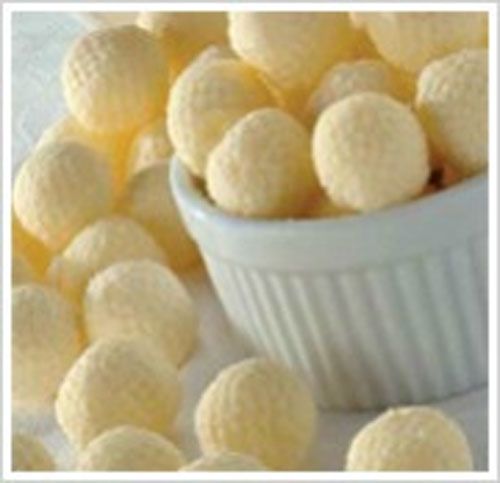 Meaning: To flatter someone
History: An ancient Indian custom involved throwing balls of clarified butter at statues of the gods to seek favor.

Cat Got Your Tongue? 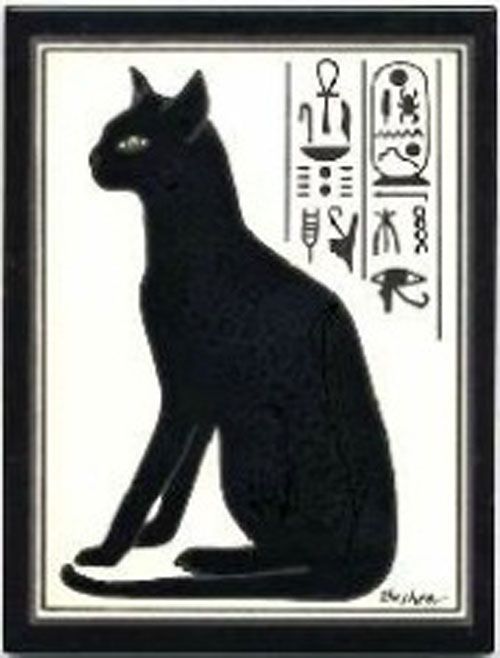 Meaning: Something said when a person is at a loss for words
History: There are two possible sources for this common saying. The first refers to the cat-o?-nine-tails ? a whip used by the English Navy for flogging. The whip caused so much pain that the victims were left speechless. The second refers to the practice of cutting out the tongues of liars and blasphemers and feeding them to cats. 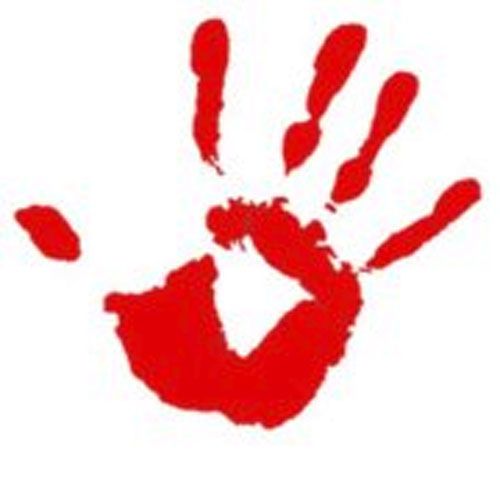 Meaning: To be caught doing something wrong
History: This saying originated because of a law. If someone butchered an animal that didn?t belong to him, he had to be caught with the animal?s blood on his hands to be convicted. Being caught with freshly cut meat did not make the person guilty.

Don?t Throw the Baby Out with the Bathwater 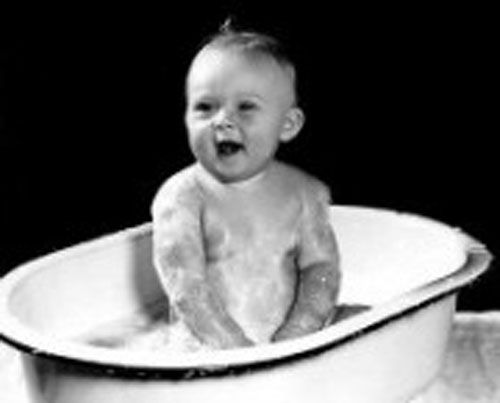 Meaning: Hang on to valuable things when getting rid of unnecessary things
Hisory: During the 1500s, most people bathed once a year. Even when they did bathe, the entire family used the same tubful of water. The man of the house bathed first, followed by other males, then females, and finally the babies. You can imagine how thick and cloudy the water became by that time, so the infants? mothers had to take care not to throw them out with the bathwater when they emptied the tub. 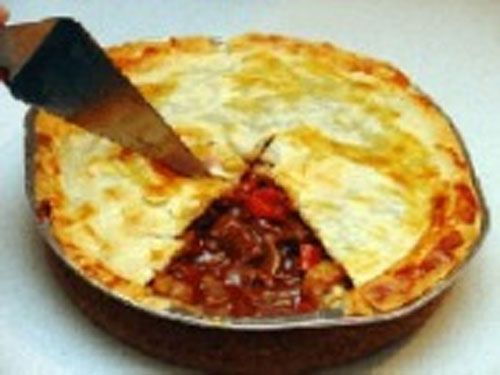 Meaning: Making an apology and suffering humiliation along with it
History: During the Middle Ages, the lord of a manor would hold a feast after hunting. He would receive the finest cut of meat at the feast, but those of a lower standing were served a pie filled with the entrails and innards, known as ?umbles.? Therefore, receiving ?umble pie? was considered humiliating because it informed others in attendance of the guest?s lower status.

Give the Cold Shoulder 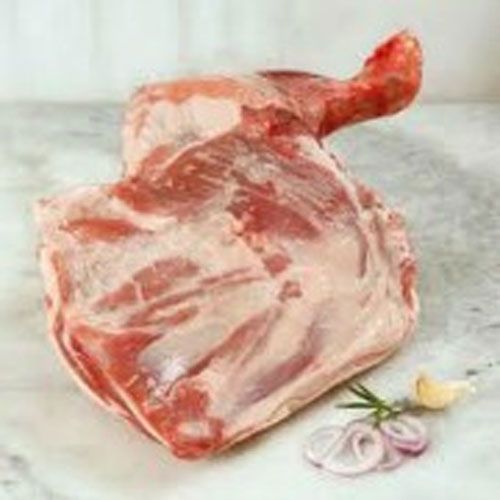 Meaning: A rude way of telling someone he isn?t welcome
History: Although giving someone the cold shoulder today is considered rude, it was actually regarded as a polite gesture in medieval England. After a feast, the host would let his guests know it was time to leave by giving them a cold piece of meat from the shoulder of beef, mutton, or pork. 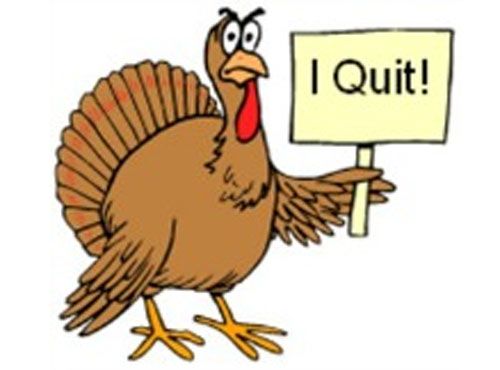 Meaning: To quit something abruptly
History: People believed that during withdrawal, the skin of drug addicts became translucent, hard to the touch, and covered with goose bumps ? like the skin of a plucked turkey. 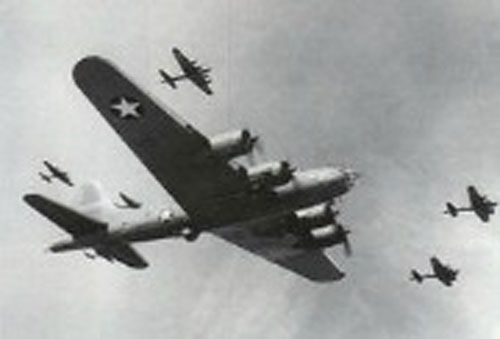 Meaning: To try one?s best
History: World War II Fighter pilots received a 9-yard chain of ammunition. Therefore, when a pilot used all of his ammunition on one target, he gave it ?the whole 9 yards.? 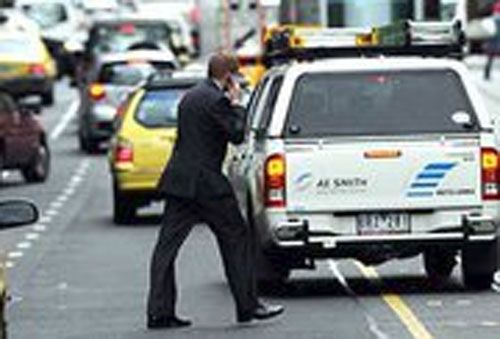 Meaning: One who crosses the street in a reckless or illegal manner
History: Jay birds that traveled outside of the forest into urban areas often became confused and unaware of the potential dangers in the city ? like traffic. Amused by their erratic behavior, people began using the term ?Jaywalker? to describe someone who crossed the street irresponsibly. 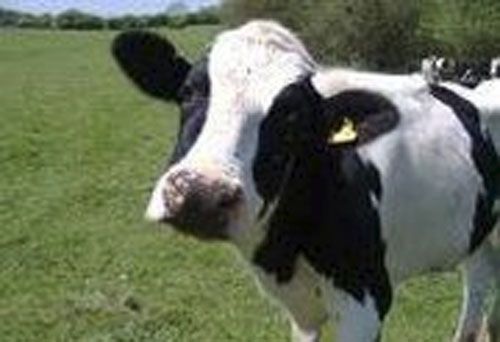 Meaning: To die
History: When a cow was killed at a slaughterhouse, a bucket was placed under it while it was positioned on a pulley. Sometimes the animal?s legs would kick during the adjustment of the rope and it would literally kick the bucket before being killed.

Let Your Hair Down 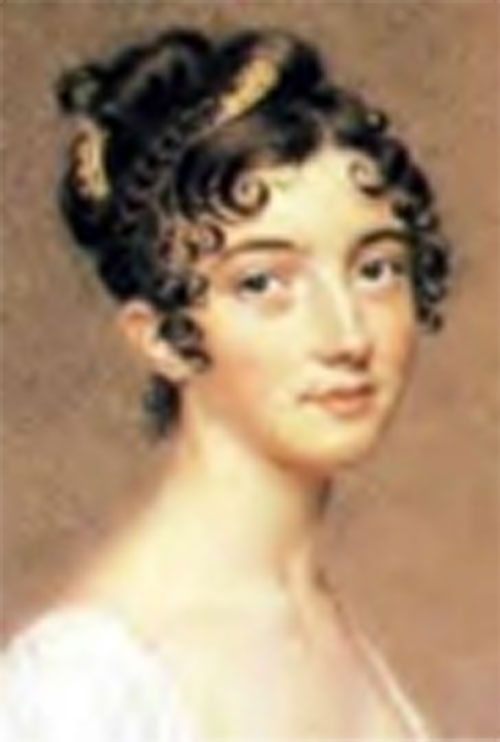 Meaning: To relax or be at ease
History: Parisian nobles risked condemnation from their peers if they appeared in public without an elaborate hairdo. Some of the more intricate styles required hours of work, so of course it was a relaxing ritual for these aristocrats to come home at the end of a long day and let their hair down.

More Than You Can Shake a Stick At 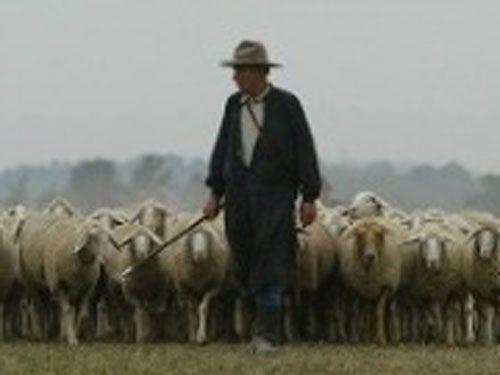 Meaning: Having more of something than you need
History: Farmers controlled their sheep by shaking their staffs to indicate where the animals should go. When farmers had more sheep than they could control, it was said they had ?more than you can shake a stick at.? 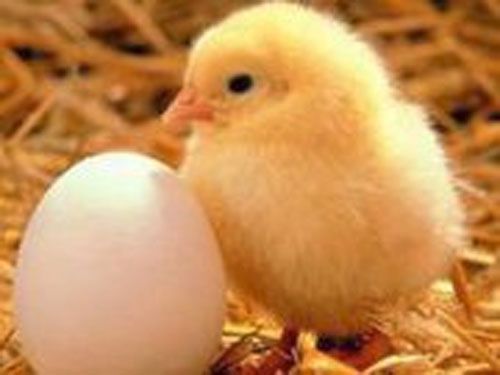 Meaning: Someone who is past his prime
History: New England chicken farmers generally sold chickens in the spring, so the chickens born in the springtime yielded better earnings than the chickens that survived the winter. Sometimes, farmers tried to sell old birds for the price of a new spring chicken. Clever buyers complained that the fowl was ?no spring chicken,? and the term came to represent anyone past their prime. 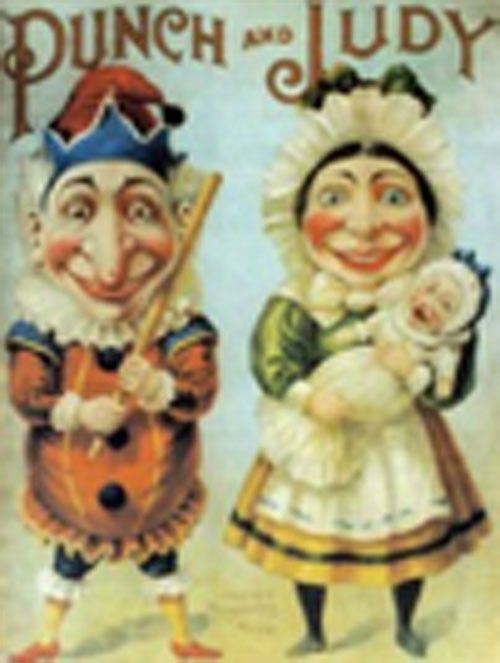 Meaning: To be very happy
History: A 17th century puppet show for children called Punch and Judy featured a puppet named Punch who always killed people. The act of killing brought him pleasure, so he felt pleased with himself afterwards. 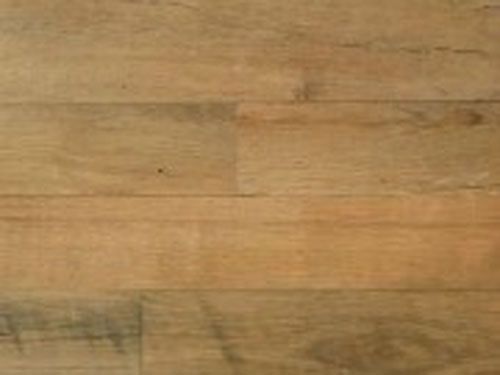 Meaning: To irritate, bother, or annoy someone
History: In colonial America, servants were required to wet-rub and dry-rub the oak-board floors each week. Doing it against the grain caused streaks to form, making the wood look awful and irritating the homeowner. 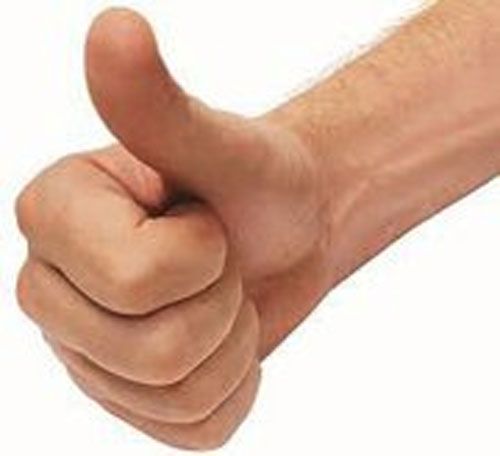 Meaning: A common, ubiquitous benchmark
History: Legend has it that 17th century English Judge Sir Francis Buller ruled it was permissible for a husband to beat his wife with a stick, given that the stick was no wider than his thumb. 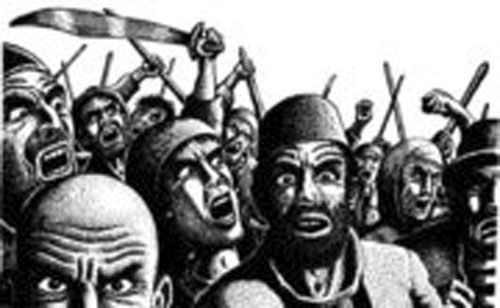 Meaning: Go crazy
History: Comes from the Malaysian word amoq, which describes the behavior of tribesmen who, under the influence of opium, became wild, rampaging mobs that attacked anybody in their path.

Saved by the Bell 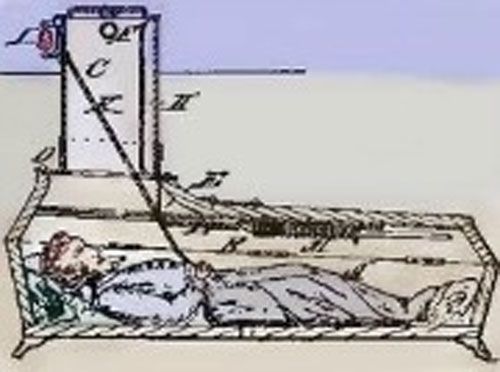 Meaning: Rescued from an unwanted situation
History: As scary as it sounds, being buried alive was once a common occurrence. People who feared succumbing to such a fate were buried in special coffins that connected to a bell above ground. At night, guards listened for any bells in case they had to dig up a living person and save them ?by the bell.? 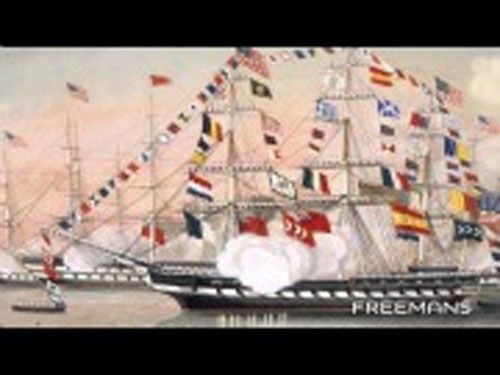 Meaning: To reveal one?s true nature
History: Warships used to fly multiple flags to confuse their enemies. However, the rules of warfare stated that a ship had to hoist its true flag before firing and hence, display its country?s true colors. 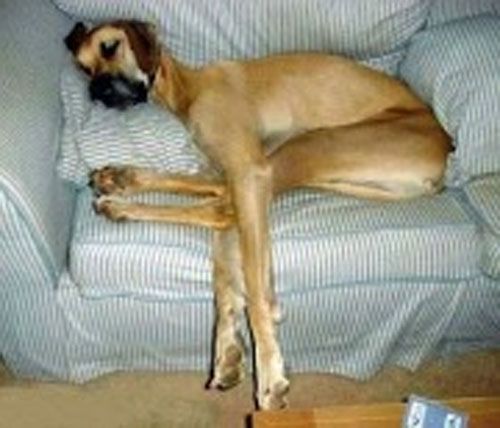 Meaning: Sleep well
History: During Shakespeare?s time, mattresses were secured on bed frames by ropes. In order to make the bed firmer, one had to pull the ropes to tighten the mattress. 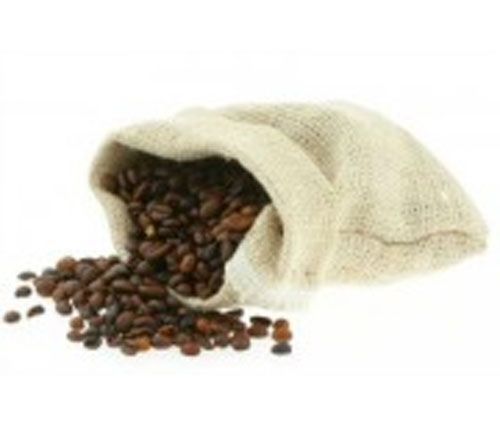 Meaning: To reveal a secret
History: In Ancient Greece, beans were used to vote for candidates entering various organizations. One container for each candidate was set out before the group members, who would place a white bean in the container if they approved of the candidate and a black bean if they did not. Sometimes a clumsy voter would accidentally knock over the jar, revealing all of the beans and allowing everyone to see the otherwise confidential votes.

Waking Up on the Wrong Side of the Bed 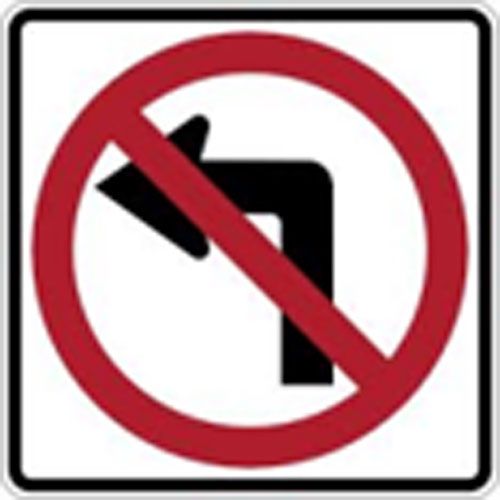