In the Tantric pantheon, Kali is mentioned as the first of the ten Great Cosmic Powers, because in a certain way she is the one who "spins the wheel of the universal time".On the other hand, at the end of the manifested world, time (in Sanskrit Kala) devoured all the universes of the three plans of the creation: the physical, the astral and the causal universes.The Great Cosmic Power Kali finally devours the time itself, which is Kala, and this is the very reason for which Kali is viewed as the primordial cause of the creation and destruction of the universe. 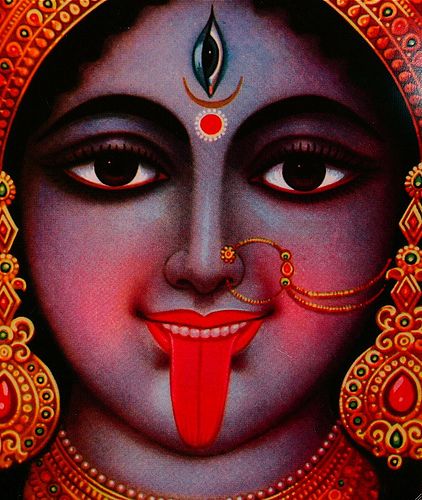 Kali’s dance signifies the dynamic, active aspect of the Divine, and the dark color of her skin indicates that the processes of the creation are disolved in Kali. 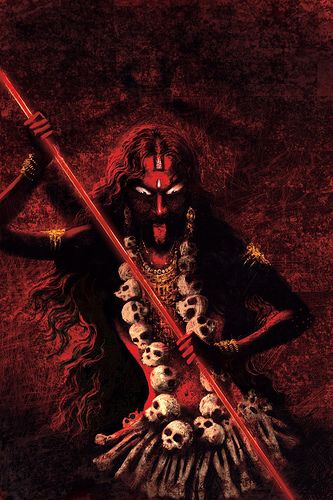 Kali is also the creator of the universes, as they come to life from the ashes of the Divine Consciousness’ purifying fire. Consequently, Kali’s action is deeply evolutionary, as she impels the human beings towards evolution. 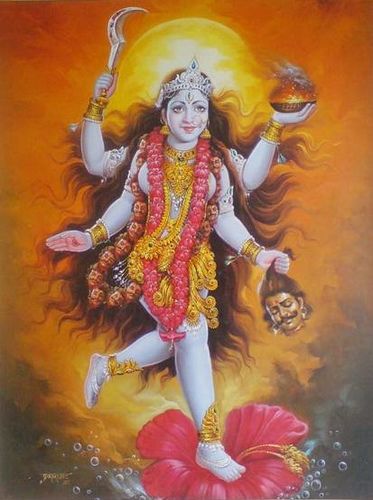 Shiva is white because he signifies the infinite divine light (prakasha), inert because the absence of movement and action reveals the consciousness pure, homogenous and compact. 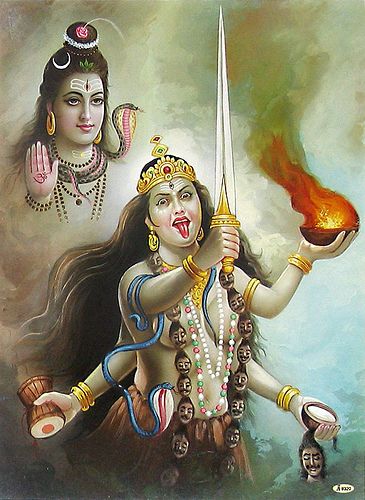 Kali performs her actions in the divine light and harmony, knowing that this is the best thing to do. Those who manage to pass all the tests and go through all the stages are in truth spiritual heroes, and they will be rewarded with Kali’s spiritual grace. 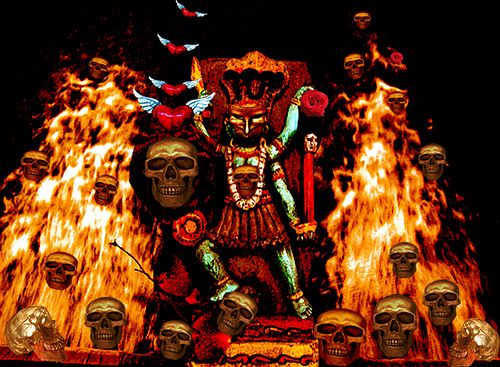 Kali is also named ADYASHAKTI, in her quality of energy and terrible Cosmic Power who impels humankind towards action and the universe towards manifestation. 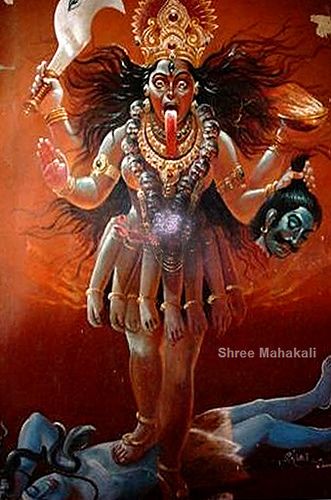 The description of the Great Cosmic Power Kali describes her as being dark as the night, dancing over Shiva’s inert, white body. This representation reveals the significance of the two fundamental aspects of Reality: on one hand there is the dynamic, imanent aspect of God (Kali’s dance) and on the other the static, transcendent aspect of consciousness (identified with Shiva). 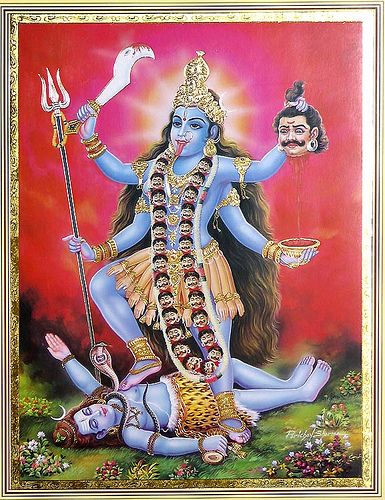 The sadhana or spiritual practice recommended for the worship of the Great Cosmic Power Kali implies the effort of purifying and activating the centers of force, so that the fundamental energy Kundalini ascends from Muladhara chakra to Sahasrara. 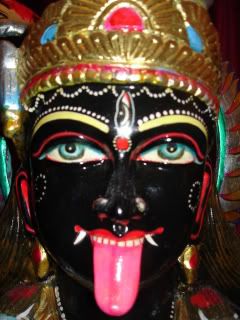