Everyone?s head has cells at the base of the hairs that determine the amount of pigment produced. These cells begin to malfunction over time and they nearly shut down completely in the end. The hair starts to grow as grey instead of the natural color when this malfunction occurs. Grey hair has some pigment left which is a common factor, but it isn?t the same amount of pigment found in the natural color. 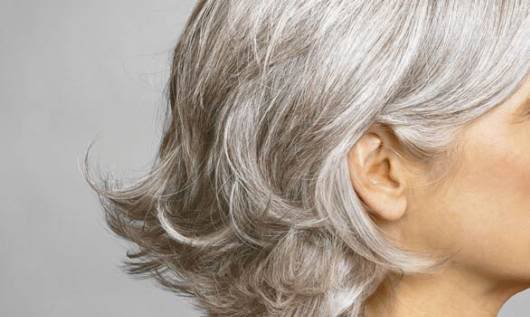 You can?t stop the graying of the hair, all the years of research have made this certain since they have looked into the effort to stop the effects of aging. Although not everyone will experience the graying process at the same time. Most won?t see this process until the age of sixty, but it can occur as early as thirty in some individuals. Researchers believe the genetic makeup of a person has a lot to do with when the pigmentation is lost for a person. You can judge how soon you will grey fairly well by observing the time frame of your parents although this isn?t always accurate. Since you are a mixture of the two you can?t accurately judge in this way, but you will get a general idea of the time period for when you will lose the pigmentation in your hair.

Symptoms of Graying of Hair

Graying of the hair can be caused by certain medical conditions. Although these present in less than one percent of the population they do exist, they are just extremely rare. The appearance that one goes grey overnight is caused by a condition. This condition is a bit of fact and fiction. While the loss of pigmentation can be increased with this condition, it is not an overnight process.

The disease that gives the impression of overnight pigment hair loss is alopecia areata. The lack of regular thicker hair being allowed to grow is the main symptoms of this disease. The thinner, grey hairs have a chance to grow faster than normal. Although not overnight the transformation is quick.

Diagnosis for Graying of Hair

Graying of the hair has several facts and myths that people subscribe to regularly and some of them should be ignored. One such myth is that if you pull out a grey hair ten more will grow. Nothing could be further from the truth according to medical professionals. One hair grows back in place of one hair that is pulled out. Whether or not their hair that returns is grey is another matter. The condition of the cells in your scalp will determine this and whether they have enough pigment to produce natural color or not.

Treatment for Graying of Hair

There are only a few alternatives for those who are worried about graying of hair. You can consider dying your hair for one thing with many products available on the market. Although you should remember that is takes longer to dye grey hair than regularly pigmented hair. You should leave the dye on for the maximum amount of time as specified in the instructions. People also believe in several home remedies to reverse the graying of hair process. These can?t be backed up by any medical facts so you should use caution before purchasing anything with this claim.