I bring you a warning today about something that probably is around you 24/7 – Wi-Fi.

Listen, I?m not one who stubbornly insists on the prehistoric ways of doing things and always welcome innovative and useful technology.

But you need to know this if you: 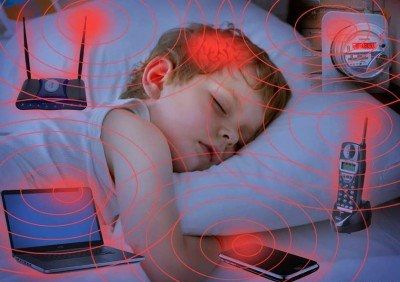 According to statistics, there are 103.9 mobile phones per 100 US citizens, which is equal to more than one mobile phone per person on average. And with the popularity of mobile games, social media and productivity tools, we always attempt to stay connected to the Internet.

The problem is, staying connected all the time may not be a good idea where health is concerned.

I had a client who experienced headache, and felt nauseous and exhausted when she was near Wi-Fi radiation. She could tell instantly if there was Wi-Fi installed in a room.

Of course not everyone would experience these harmful effects directly but the sensitive ones are able to feel the detrimental effects of Wi-Fi radiation on their bodies and physical health. 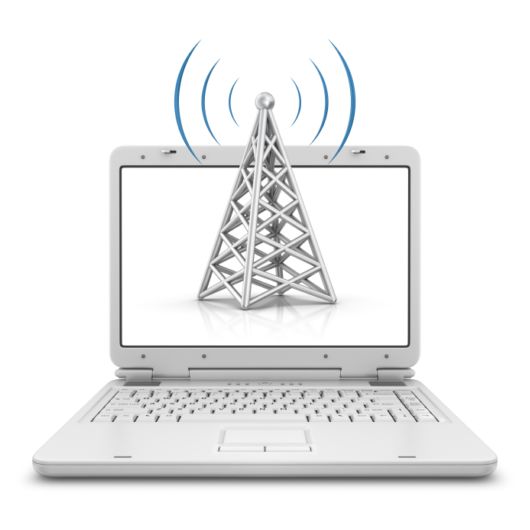 Remember when cell phones became popular in the late twentieth century and we heard rumors that they may cause health problems?The cell phone was predicted to cause cancer or brain tumors. In spite of this prophecy, cell phone sales have continued to rise over the years and concern over the health risks associated with cell phones has not surpassed the allure of having a mobile device at your side at all times.

This allure grows steadily as the cell phone has transformed into a device used for email, social media, GPS, videography, and there?s an app for anything and everything you can imagine. All of these interesting and unique ways to use the mobile phone are made possible by an internet connection. Oftentimes this internet connection is through a wireless technology called Wi-Fi.

Wi-Fi is an important tool and technological advancement in the modern world. As of 2012, approximately 25% of households worldwide use Wi-Fi. With the advent of iPhones and other smartphones, that allow us to connect instantly to Wi-Fi, there seems no reason to ever go without the internet in daily life. These devices are seamlessly intertwined into our everyday experience.

Do you remember the last time you met someone who did not have a smartphone? It is a very rare occurrence because smartphones were created to appeal to the masses. Yet, similarly to the belief held about cell phones,having smartphones connected to Wi-Fi readily available and on hand at all times may be a dangerous practice for our health.

Consider a study from Denmark that began by five teenage girls noticing how they felt if they slept with their smartphones near their heads. The girls said that they were not able to concentrate as well the following day. From this observation, they formed a hypothesis that the Wi-Fi radiation emitted from their smartphones was the culprit for their brain fog. Thus, they conducted a study using plants to see how they grew near Wi-Fi routers and the results were alarming.

An earlier study links emissions of Wi-Fi radiation with tree poisoning in urban areas. Researchers began investigating why trees in some urban areas were showing signs of poisoning but were unable to attribute the sickness in the trees to any bacteria or virus. Researchers subjected a test group of trees to higher amounts of radiation and concluded that they tested positive for radiation sickness from concentrated amounts of Wi-Fi use in the area.

Not only does this study demonstrate the dangers of Wi-Fi radiation in concentrated amounts on trees, but it gives us a clue about what may happen to our bodies from a large amount of Wi-Fi radiation exposure over time. Also, it?s dangerous for our ecosystem considering that trees are an important factor in having clean air in urban areas. If the trees cannot survive Wi-Fi poisoning, they will not be able to help clean the polluted air in these cities.

Another option that will reduce Wi-Fi radiation is to replace your wireless router with a router that can be turned on and off. For laptops and home computers, set them up to use the wire that connects to the internet rather than relying on the wireless connection. Also, steer clear of wireless keyboards and other wireless items that are made to be used with your laptop from a distance. Setting up a timer that automatically turns off the wireless in your house, or turns off the devices using wireless internet, is another smart way to reduce the amount of Wi-Fi that is emitted in your home.

Another option is to help reduce the risk of Wi-Fi radiation on your body by eating a diet rich in foods that cleanse your body. Certain foods are known to specifically detox your body from radiation. Foods that are high in antioxidants, such as green tea, help remove free radicals. Miso soup is a fermented food that protects the body from radiation. Reishi mushrooms are also cleansing and have been proven to help rid the body of radiation sickness. Many superfoods are available to help your body with any toxic radiation, but the most important thing is to begin reducing your exposure in the ways that work for you.

A third way to reduce the effect of harmful Wi-Fi radiation is to use organic earth materials. Orgonite is an example of an organic substance created to transmute negative energy and turn it into positive energy. Orgonite can be made or purchased from a vendor and should be placed around areas that are concentrated with Wi-Fi radiation or near cell phone towers. Bentonite clay is another natural substance that rids the body of harmful radiation poisoning. Using bentonite clay for detox baths is the best way to utilize the healing ability of this organic substance.

Because Wi-Fi is extremely prevalent and growing with the large numbers of internet and cell phone users on the planet, it is important to be aware of the effects of Wi-Fi radiation. Learning about the ways to prevent radiation emissions in your home is the best way to protect yourself. For most of us, wireless internet is a way of life and we will not permanently stop using it. Yet, it is wise to be mindful of our options to cut back or take steps to cleanse from the exposure that affects all of us.