According to recent estimates, nearly 1-in-3 American adults has high blood pressure. But for the Kuna Indians living on a group of islands off the Caribbean coast of Panama , hypertension doesn’t even exist. In fact, after age 60, the average blood pressure for Kuna Indian islanders is a perfect 110/70.

Is it because they eat less salt? No. Kuna Indians eat as much, if not more salt, than people in the U.S.
Is it due to their genes? No. Kuna Indians who move away from the islands are just as likely to suffer from high blood pressure as anyone else!
So what makes these folks practically “immune” to hypertension — and lets them enjoy much lower death rates from heart attacks, strokes, diabetes, and cancer?

Harvard researchers were stunned to discover it’s because they drink about 5 cups of cocoa each day. That’s right, cocoa!
Studies show the flavonols in cocoa stimulate your body’s production of nitric oxide — boosting blood flow to your heart, brain, and other organs. In fact, one study found cocoa thins your blood just as well as low-dose aspirin!
But that’s not all. A Harvard Medical School professor claims cocoa can also treat blocked arteries, congestive heart failure, stroke, dementia, even impotence!

Want to lower your cholesterol so fast it’ll make your head spin? It’s a breeze, just eat guacamole — or any dish containing avocados!

Most health experts and nutritionists will tell you this rich, delicious Mexican dish is BANNED from any cholesterol- watcher’s menu. But not Dr. Steven Pratt. That’s because new research shows eating avocados can lower your cholesterol even faster than drugs… without the side effects!
One study found after just 7 days on a diet including avocados, LDL (“bad”) cholesterol and triglyceride levelsdropped by 22 percent. Meanwhile, HDL (“good”) cholesterol shot up 11 percent — something most cholesterol- lowering drugs won’t do! 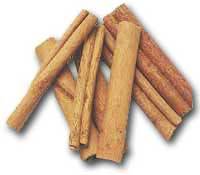 Sprinkle a little cinnamon on your toast, cereal, oatmeal, or sliced apples. It not only tastes good, it lowers your blood sugar!
In a recent study, people reduced their blood sugar levels by as much as 29 percent in just 40 days. That’s with NO drugs, NO diet changes — just plain old cinnamon!

The fat that blasts away cancer….

Yet Dr.. Steven Pratt says there’s one fat you should eat MORE of. It’s the monounsaturated fatcalled oleic acid, found in olive oil!
It should come as no surprise. After all, olive oil is a staple of the Mediterranean diet. And people in Spain and Greece are far less likely to develop cancer than in the U.S.
But what’s really interesting is how olive oil not only preven ts c ancer, it blasts away cancer cells that already exist! So if you’re even the slightest bit worried about cancer, this is one SuperFood you don’t want to be without!

Unless you’ve been asleep under a rock for the past decade, you’ve heard the news about tomatoes. They contain a potent antioxidant called lycopene that’s been proven to reduce the risk of certain cancers — in particular, prostate cancer. 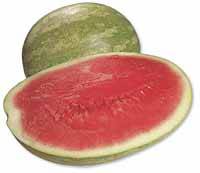 A famous Harvard study back in 1995 found that out of 48,000 men surveyed, those who ate 10 or more servings of tomatoes a week reduced their risk of prostate cancer by more than one-third. What’s more, they lowered their risk of aggressive prostate tumors (the kind that are really tough to treat) by HALF!
But before you reach for that slice of pizza or bottle of ketchup, listen up. What if I told you about a sweet, refreshing food Dr. Steven Pratt recommends that’s even better for your prostate than tomatoes?
This NEW prostate protecting champ is watermelon! Ounce for ounce, watermelon is even richer in lycopene than tomatoes. And since you probably eat more watermelon in one sitting than you do tomatoes, you don’t have to gorge on it 10 times a week in order to slash your cancer risk! Just a few times a week should do it..

Knock out an ulcer with broccoli?!

About 25 million Americans will suffer from a peptic ulcer at some point in their lives. To get rid of their ulcers, most will take an antibiotic like amoxicillin.
Pretty tame stuff, right? Wrong! Amoxicillin can bring with it unwanted side effects like fever, nausea, stomach pain, diarrhea, headache, even a yucky condition called “hairy tongue”!
And if you think that’s bad, according to the Centers for Disease Control (CDC), the cost of treating an ulcer with antibiotics over an average 17-day period can run upward of $1,000!

Fortunately, there’s one unconventional treatment with NO side effects Dr. Pratt swears by. “Eat broccoli!” he says. Why?
Broccoli contains a remarkably potent compound called sulforaphane, that kills off the H. pylori bacteria that cause most ulcers. Not only can it knock out an ulcer, eating one serving a day for a month might run you 20 bucks… a fraction of the cost of drugs!