Most teens need about 8½ to more than 9 hours of sleep each night. The right amount of sleep is essential for anyone who wants to do well on a test or play sports without tripping over their feet. Unfortunately, though, many teens don’t get enough sleep.

Why Aren’t Teens Getting Enough Sleep?

Until recently, teens were often given a bad rap for staying up late, oversleeping for school, and falling asleep in class. But recent studies show that adolescent sleep patterns actually differ from those of adults or kids. 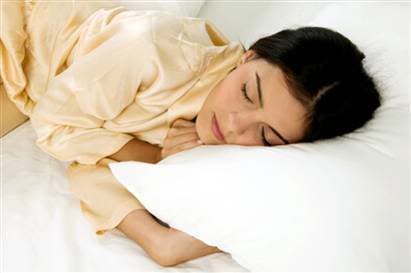 These studies show that during the teen years, the body’s circadian rhythm (sort of like an internal biological clock) is temporarily reset, telling a person to fall asleep later and wake up later. This change in the circadian rhythm seems to be due to the fact that the brain hormone melatonin is produced later at night for teens than it is for kids and adults. This can make it harder for teens to fall asleep early.

These changes in the body’s circadian rhythm coincide with a time when we’re busier than ever. For most teens, the pressure to do well in school is more intense than when they were kids, and it’s harder to get by without studying hard. And teens also have other time demands ? everything from sports and other extracurricular activities to fitting in a part-time job to save money for college.

Early start times in some schools may also play a role in this sleep deficit. Teens who fall asleep after midnight may still have to get up early for school, meaning that they may only squeeze in 6 or 7 hours of sleep a night. A couple hours of missed sleep a night may not seem like a big deal, but can create a noticeable sleep deficit over time.

Why Is Sleep Important?

This sleep deficit impacts everything from a person’s ability to pay attention in class to his or her mood. Research shows that more than 20% of high school students fall asleep in class, and experts have been able to tie lost sleep to poorer grades. Lack of sleep also damages teens’ ability to do their best in athletics. 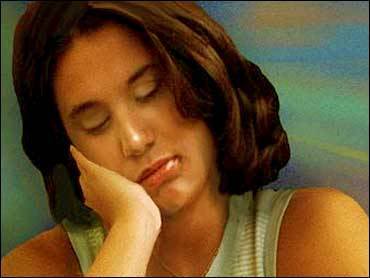 Slowed responses and concentration from lack of sleep don’t just affect school or sports performance, though. The fact that sleep deprivation slows reaction times can be life threatening for people who drive. The National Highway Safety Traffic Administration estimates that 1,500 people are killed every year in crashes caused by drivers between the ages of 15 and 24 who are simply tired. (More than half of the people who cause crashes because they fall asleep at the wheel are under the age of 26.)

Lack of sleep has also been linked to emotional troubles, such as feelings of sadness and depression. Sleep helps keep us physically healthy, too, by slowing our body’s systems enough to re-energize us after everyday activities.

How Do I Know if I’m Getting Enough?

Even if you think you’re getting enough sleep, you may not be. Here are some of the signs that you may need more sleep:

How Can I Get More Sleep?

Recently, some researchers, parents, and teachers have suggested that middle- and high-school classes begin later in the morning to accommodate teens’ need for more sleep. Some schools have already implemented later start times. You and your friends, parents, and teachers can lobby for later start times at your school, but in the meantime you’ll have to make your own adjustments.

Here are some things that may help you to sleep better:

* Set a regular bedtime. Going to bed at the same time each night signals to your body that it’s time to sleep. Waking up at the same time every day can also help establish sleep patterns. So try to stick to your sleep schedule even on weekends. Don’t go to sleep more than an hour later or wake up more than 2 to 3 hours later than you do during the week.
* Exercise regularly. Try not to exercise right before bed, though, as it can rev you up and make it harder to fall asleep. Many sleep experts believe that exercising 5 or 6 hours before bedtime (in late afternoon) may actually help a person sleep.
* Avoid stimulants. Don’t drink beverages with caffeine, such as soda and coffee, after 4 PM. Nicotine is also a stimulant, so quitting smoking may help you sleep better. And drinking alcohol in the evening can also cause a person to be restless and wake up during the night.
* Relax your mind. Avoid violent, scary, or action movies or television shows right before bed ? anything that might set your mind and heart racing. Reading books with involved or active plots may also keep you from falling or staying asleep.
* Unwind by keeping the lights low. Light signals the brain that it’s time to wake up. Staying away from bright lights (including computer screens!), as well as meditating or listening to soothing music, can help your body relax.
* Don’t nap too much. Naps of more than 30 minutes during the day may keep you from falling asleep later.
* Avoid all-nighters. Don’t wait until the night before a big test to study. Cutting back on sleep the night before a test may mean you perform worse than you would if you’d studied less but got more sleep.
* Create the right sleeping environment. Studies show that people sleep best in a dark room that is slightly on the cool side. Close your blinds or curtains (and make sure they’re heavy enough to block out light) and turn down the thermostat in your room (pile on extra blankets or wear PJs if you’re cold). Lots of noise can be a sleep turnoff, too.
* Wake up with bright light. Bright light in the morning signals to your body that it’s time to get going.

If you’re drowsy, it’s hard to look and feel your best. Schedule “sleep” as an item on your agenda to help you stay creative and healthy.