While the world’s largest gold warehouse located in the US holds more than 7,500 tons of gold, only 5% of which is owned by the world’s leading economy.

The largest gold warehouse in the world, worth nearly 200 billion USD, is located at a depth of 9 meters under the metro system of the city, inside the Federal Reserve Bank (FED) in New York City, USA. Far away, the Fed New York building is half like an office building, half like a medieval fortress. The windows on the three lower floors were covered with large iron bars. Above is a circular tower. Photo: Reuters 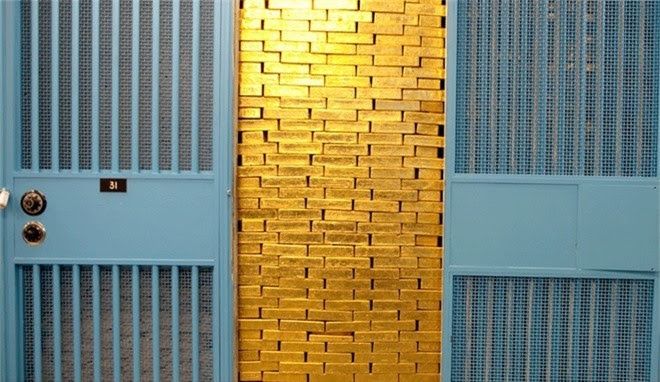 Built in 1921 and completed in 1924, the Fed’s gold storage is the size of a football field. According to ABC News, there are about 540,000 gold pieces owned by 48 foreign central banks and 12 international organizations. Only 5% of them are owned by the US. Information about the owner of gold in the Fed’s warehouse is kept confidential. Accounts are only identified by quantity, not named. Photo: NewYorkfed 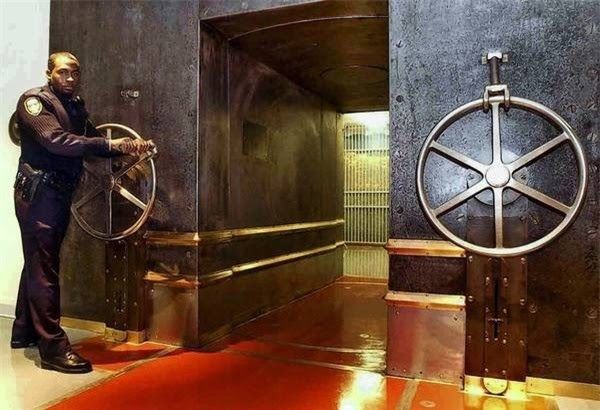 This bunker is less than 25% of the world’s gold reserves. Most came here after World War II, when the countries searched for a safe place to keep the nation’s assets. New York’s rise as one of the world’s financial capitals has turned the Fed’s gold store into one of the convenient places that countries want to deposit gold. Photo: NewYorkfed 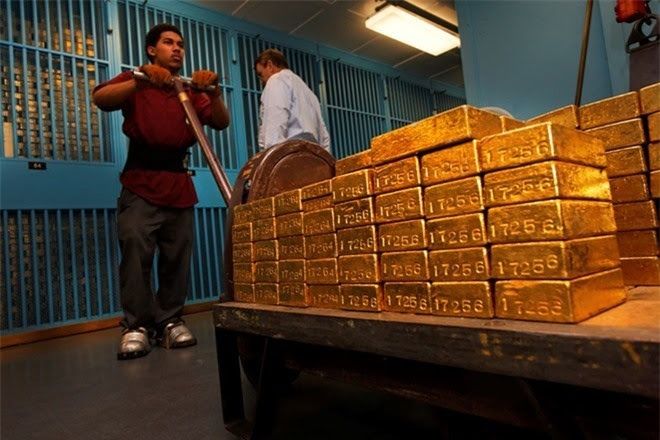 Each bar weighs about 12.7 kg. When workers wear special metal-coated shoes in case gold falls on their feet. Photo: NewYorkfed 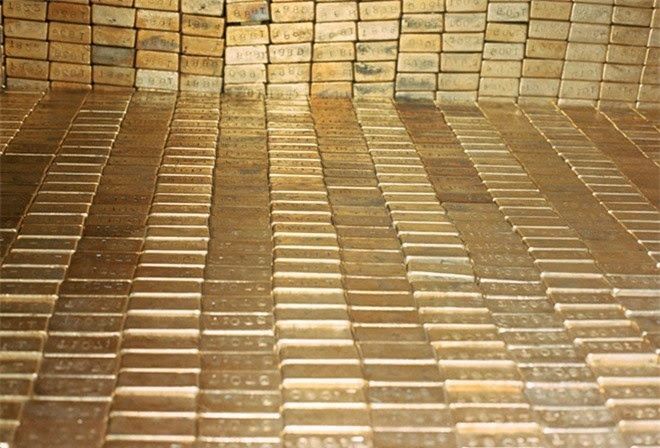 In addition, the US also owns another famous gold store, Fort Knox, owned by the US National Gold Reserve. Fort Knox holds 4,582 tons of gold as of April 2016. Unlike the New York Fed, there are few images of gold stores located in a US military base in Kentucky. Officials in this country allowed only a special group of people, including senators and reporters, to visit the gold store in 1974, when this photo was taken. Photo: AFP 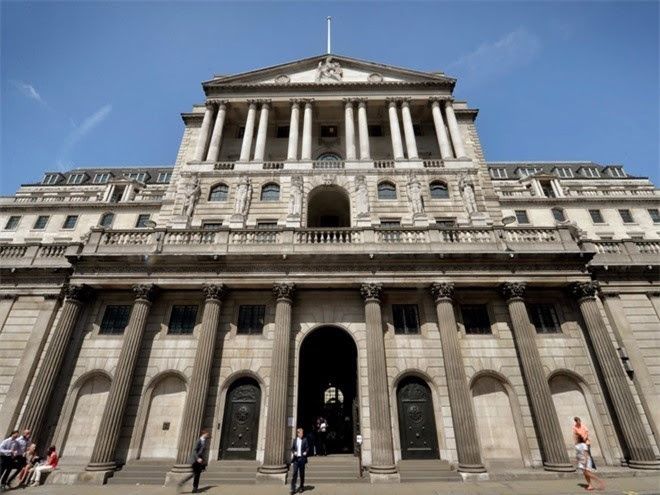 Founded in 1694, the Bank of England has been located on Threadneedle Road in London since 1734. This institution is responsible for setting interest rates, issuing banknotes and maintaining confidence in the island nation’s local currency. fog. The bank’s gold storage basement was built in the 1930s. Since then, the Bank of England has become one of the largest stores of gold in the world. Photo: Business Insider 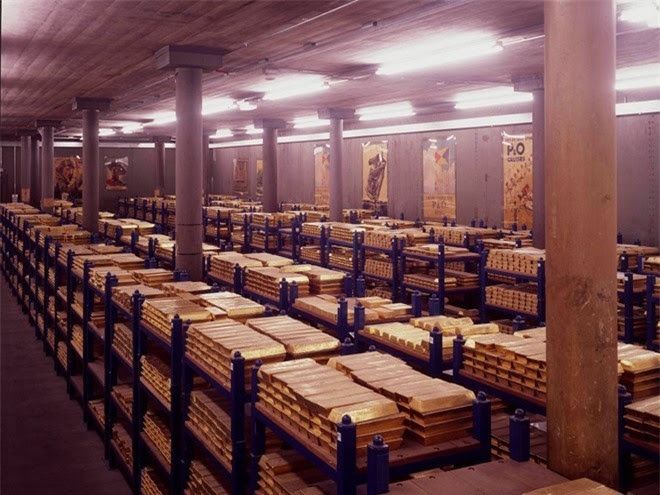 More than 400,000 gold bars (equivalent to more than 5,000 tons) are in the tunnel. In which, only a small amount is owned by the bank itself. The rest belonged to the British government, other central banks in the world and the London Gold Market Association. Photo: Business Insider 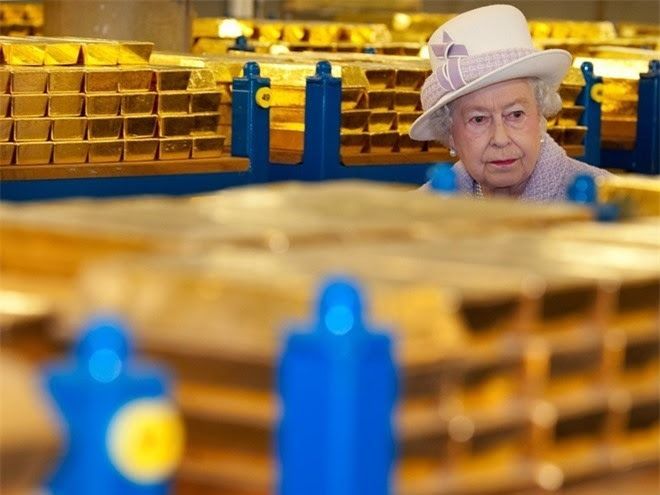 On average, each bar of gold weighs 400 ounces. One ton of gold is equivalent to 80 bars. Photo: Business Insider 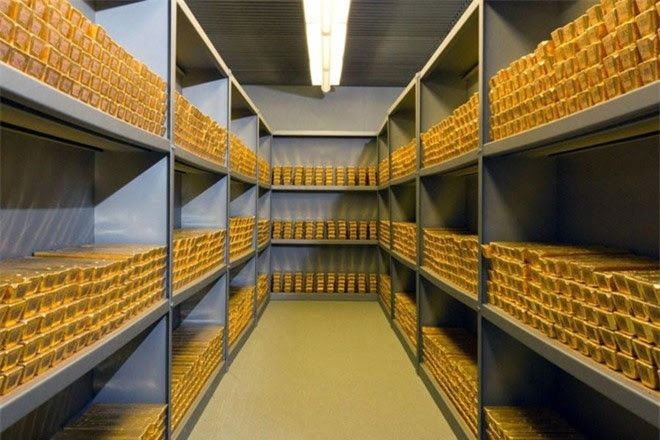 Germany is the second largest gold storage country in the world with most of it in the gold reserves of the Bundesbank in Frankfurt. According to Die Welt, in 2015, about 3,384 tons of gold were in stock. Because Germany is the largest economy in Europe, the amount of gold they reserve is also leading the region. In 2013, Germany intended to recall gold sent abroad to the Bundesbank, but this plan was not approved. Photo: Die Welt 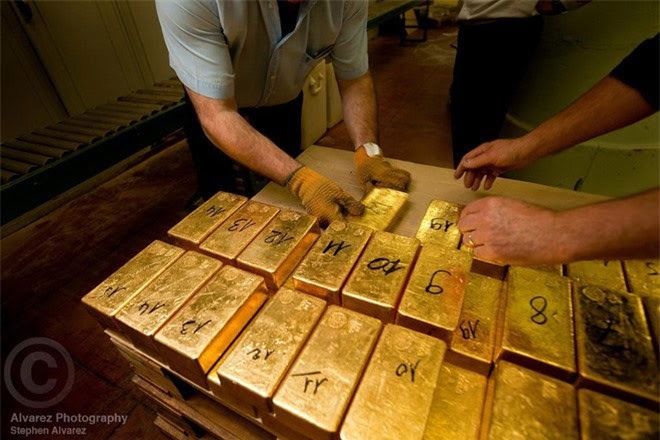 The National Bank of France’s gold reserves hold 2,435 tons of gold. Built between 1925 and 1930, the tunnel is located at a depth of 29m below the road surface. Each gold bar here is cast into a trapezoidal block with a weight of 12.4 kg each. Italy also has a gold store of equal volume, but people do not have much information or images about it. 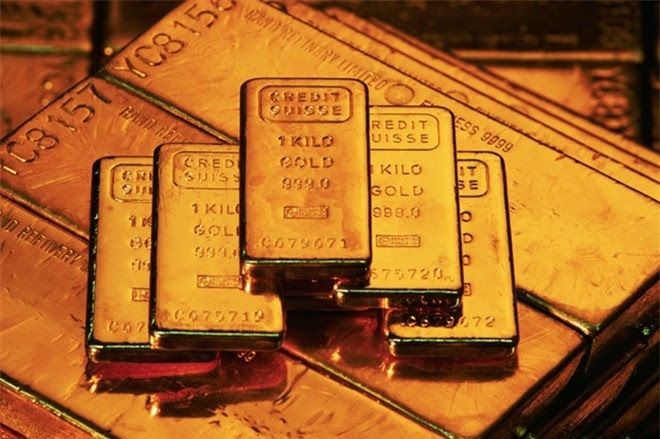 In addition to watches, chocolates and pocket knives, Switzerland is also known as one of the world’s leading financial centers. The Swiss National Bank also holds a lot of gold and one of the depository is located at Credit Suisse. As of February 2013, Switzerland had 1,040 tons of gold. Photo: Discovery 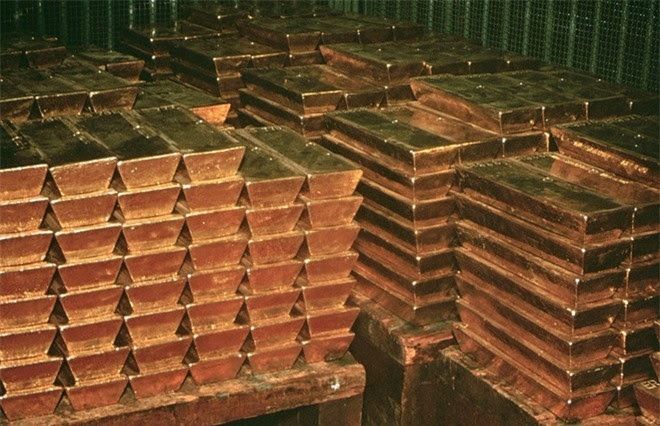 Not only famous for its diamond mines, South Africa is also home to large gold reserves in the Bank of South Africa’s treasury in the city of Pretoria. However, this country exports up to 90% of the gold they mined, so South Africa’s stores are not too large. Photo: Discovery