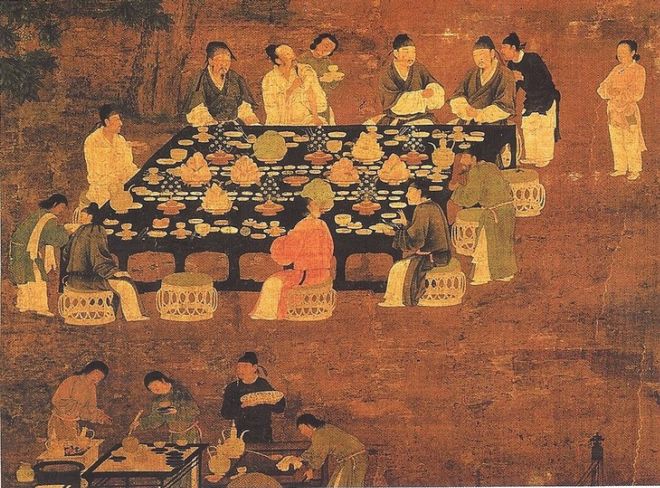 While the origins of the first restaurants are highly debated, with Europeans being convinced that the concept began in 18th century France, there is evidence of restaurants having existed in China at least since the 11th century, and recent excavations in Pompeii suggest that ‘fast food’ stalls were quite popular in Ancient Rome.

But we digress, as the topic of this section is the history of the restaurant menu, the first mentions of which date back to the Song (960–1279) dynasty in China. With an increase in trade, restaurants in larger cities of the time had to cater to more customers than usual, many of which were not familiar with the meal selection in each place.

For this purpose, a list of meals was written down, and the first menus were created. The first French restaurant menus didn’t appear until in the 18th century after the French Revolution. 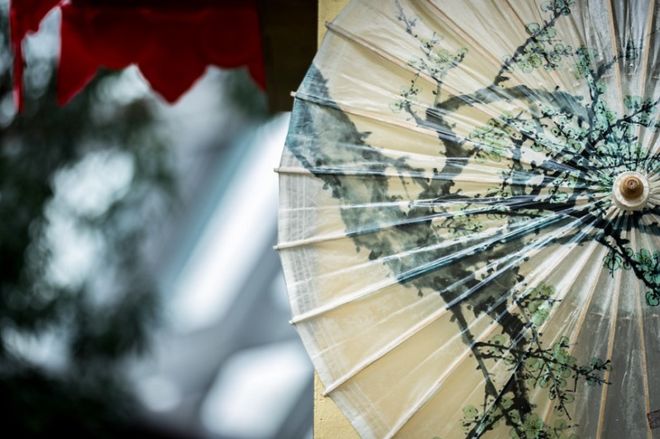 The invention of the umbrella can be traced back to 2.400 years ago in China as well. According to a popular legend, Lu Ban, a Chinese carpenter was inspired by children using lotus leaves to shield themselves from the rain to create the first umbrella, which was made of a wooden framework covered by a piece of cloth. Umbrellas are also important attributes in imperial carriages. The first collapsible umbrellas were invented much later, around 21 AD.

The existence of umbrellas in Europe dates back to Ancient Greece and Rome, and there is evidence from Ancient Indian artworks, as well as Ancient Egyptian and Near Eastern records of umbrellas. 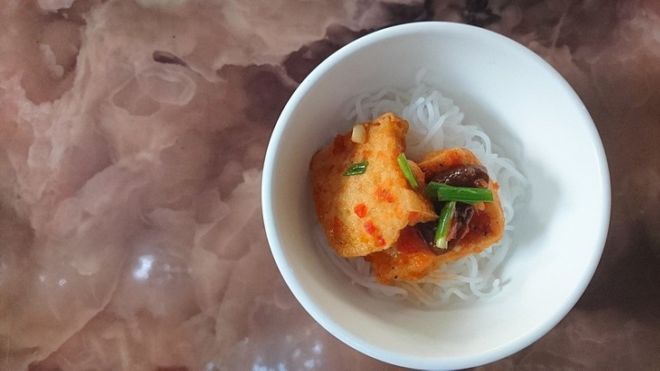 Nowadays, excluding meat from one’s diet is not so difficult to do, even if you like your burgers and steaks, as many virtually indistinguishable meat alternatives are widely available worldwide. Have you ever wondered how and where the very idea of imitation meat began?

It all started with the invention of tofu during the Han (206 BC-220 AD) dynasty, and the spread of Buddhism may be partly responsible for its invention. Prior to that time, Chinese cuisine was very meat-based, but the advent of Buddhism, which largely favors a vegetarian diet, created a need for a meat replacement – tofu.

From China, tofu spread to other East Asian countries, but it didn’t spread to Europe until quite recently. In Europe, meat alternatives were popular starting from the Middle Ages, as, during Lent, Christians were supposed to abstain from meat. Chopped almonds and grapes were used as a mincemeat substitute. 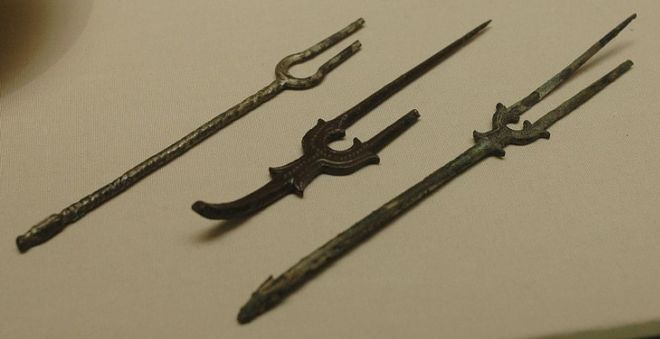 Are you surprised to learn that forks were invented in China? It’s tru, the first forks were likely used as cooking utensils, and they were made of bone. The oldest forks were found on the archeological sites of the Bronze Age Qijia culture (2400-1900 BC). Similar utensils from the Shang dynasty (c.1600-1050 BC) were also found.

These first forks were two-pronged, much like the early Persian forks that can be found in the image above. The clever invention was spread through the Silk Road to Egypt, Persia and Ancient Greece and Rome, but it wasn’t so popular in Christian Europe since the pitchfork was the sign of the devil. Forks weren’t widely adopted in Europe and the Americas until Catherine de’ Medici popularized the utensil in the 16th century.