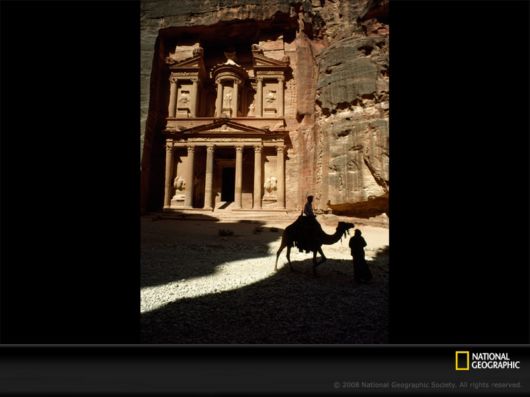 The breathtaking city of Petra was a vibrant trading hub that vanished from most maps in the seventh century A.D. It lay beneath a thousand years of dust and debris when, in 1812, a Swiss scholar disguised as a Bedouin trader identified the ruins as the ancient Nabataean capital.

Spread throughout a series of remote desert canyons in southern Jordan, Petra arose more than 2,000 years ago at the crossroads of key caravan trade routes between Arabia, Syria, Palestine, and Egypt. The Nabataeans carved most of the sprawling city’s buildings, including temples, tombs, and theaters, directly into the region’s towering red sandstone cliffs. Here, a Bedouin walks his camel past Petra’s most famous building, Al Khazneh, or the Treasury 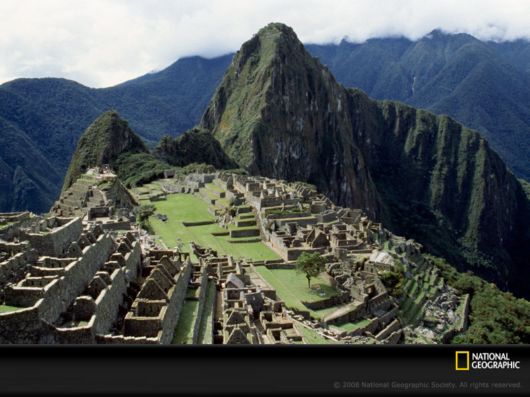 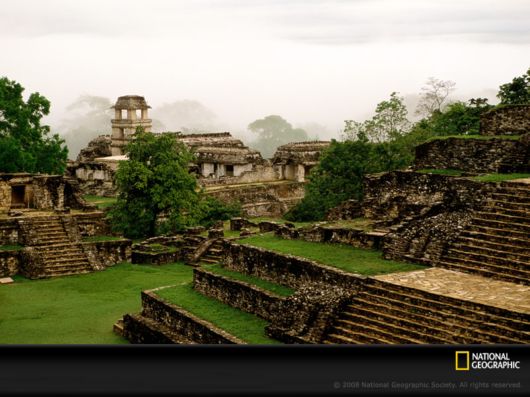 The earliest Maya began to settle the dense rain forests of southwestern Mexico and Guatemala some 3,000 years ago. For nearly 1,400 years, settlements arose throughout the region, with some, like Tikal and Palenque (shown here), expanding into large, vibrant city-states.

Although the archaeological discovery of Machu Picchu came nearly a hundred years ago, historians are still unsure of the function of this ancient Inca citadel.

The Inca had no system of writing and left no written records, and archaeologists have been left to piece together bits of evidence as to why Machu Picchu was built, what purpose it served, and why it was so quickly vacated. 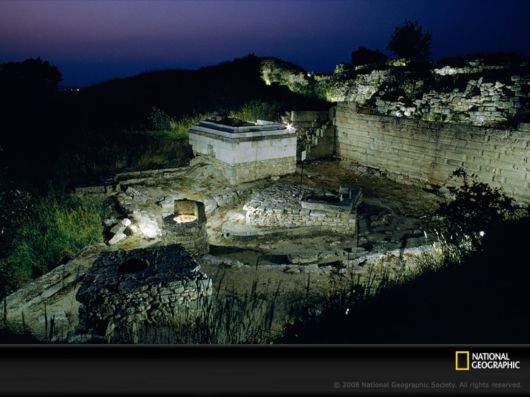 Myth, folklore, mystery, and intrigue surround the ancient city of Troy like no other ruin on Earth. Once thought to be purely imaginary, a prop in Homer’s epic poem The Iliad, excavations in northwestern Turkey in 1871 eventually proved that the city indeed existed.

In 1871, German adventurer Heinrich Schliemann began digging at Hisarlik, Turkey, (shown here) in search of the fabled city. His roughshod excavation wrought havoc on the site, but revealed nine ancient cities, each built on top of the next and dating back some 5,000 years. At the time, most archaeologists were skeptical that Troy was among the ruins, but evidence since the discovery suggests the Trojan capital indeed lies within the site. 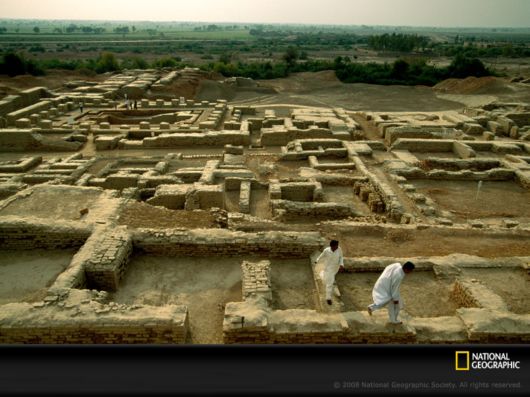 The Indus Valley civilization was entirely unknown until 1921, when excavations in what would become Pakistan revealed the cities of Harappa and Mohenjo Daro (shown here).

This mysterious culture emerged nearly 4,500 years ago and thrived for a thousand years, profiting from the highly fertile lands of the Indus River floodplain and trade with the civilizations of nearby Mesopotamia. 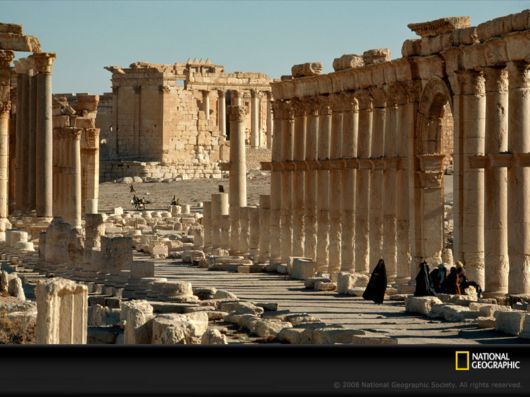 There is evidence that the ancient city of Palmyra, also known as Tadmor, was in existence as far back as the 19th century B.C. Its importance grew around 300 B.C. as trading caravans began using it as a way station between Mesopotamia and Persia. Palmyra’s strategic location and prosperity attracted the interest of the Romans, who took control of the city in the first century A.D. 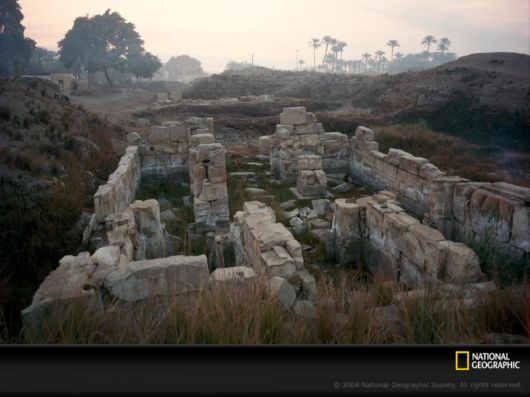 The city of Tanis is relatively unknown among Egypt’s wealth of historical sites, though it yielded one of the greatest archeological troves ever found. Once the capital of all Egypt, Tanis’s royal tombs have yielded artifacts on par with the treasures of Tutankhamun. 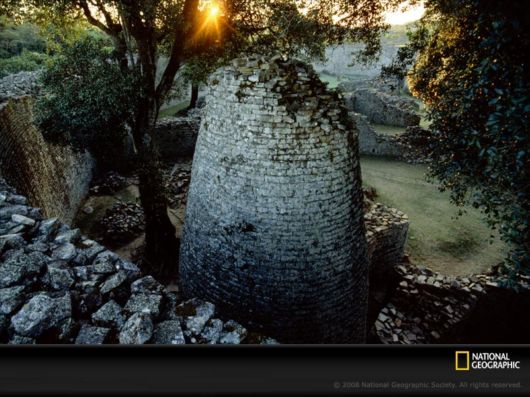 Once thought (erroneously) to be a city of the biblical Queen of Sheba, Great Zimbabwe stands as the most important archaeological site yet found in sub-Saharan Africa. Though historians are still seeking answers about the origin and purpose of the city, evidence suggests the Shona, ancestors of the modern Bantu, built it beginning around A.D. 1250 and that it served as a spiritual center. 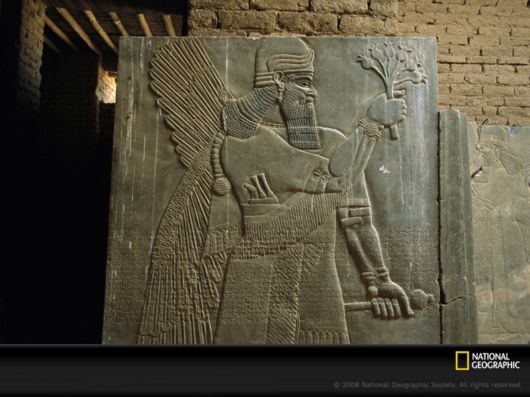 Nimrud in northern Iraq was once the capital of the Assyrian empire. Feared as bloodthirsty and vicious, the Assyrians arose around the 14th century B.C. and dominated the Middle East for a thousand years.

Nimrud and the Assyrian Empire declined rapidly around 612 B.C., after Nimrud’s sister city, Nineveh, fell to the Babylonians. 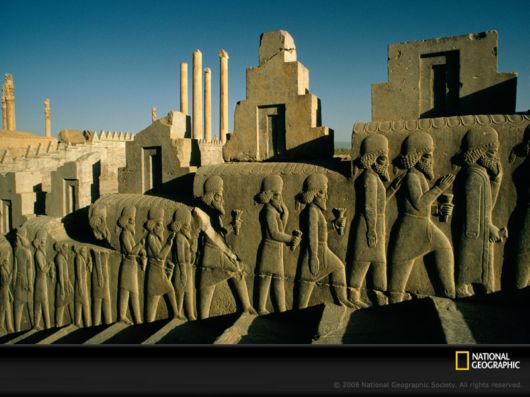 The ancient city of Persepolis in modern-day Iran was one of four capitals of the sprawling Persian Empire. Built beginning around 520 B.C., the city was a showcase for the empire’s staggering wealth, with grand architecture, extravagant works of silver and gold, and extensive relief sculptures such as this one portraying envoys with offerings for the king.

The height of Persian rule lasted from about 550 B.C. until 330 B.C., when Alexander the Great overthrew the ruling Archaemenid dynasty and burned Persepolis to the ground. 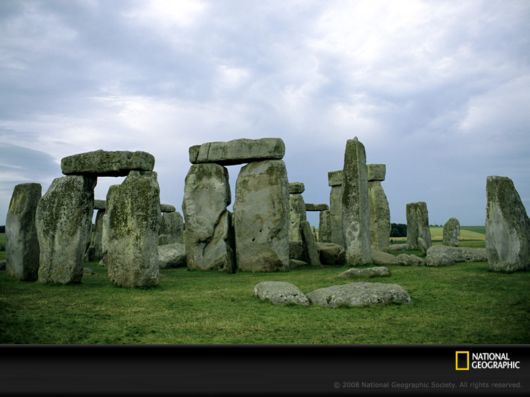 Over centuries of study, archaeologists have discovered many truths about the famed Stonehenge monument in southern England. But despite these advances, the basic questions of who built this iconic structure and why have remained unanswered. 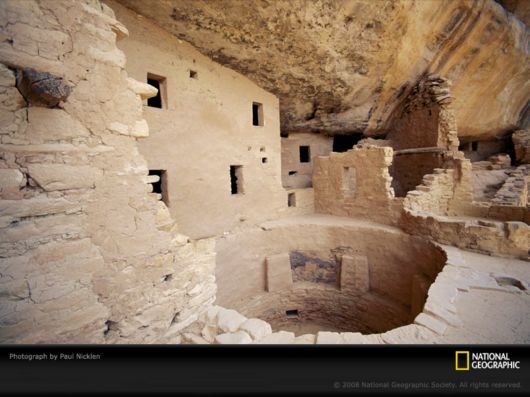 More than 600 cliff dwellings made by the ancestral Pueblo people, also known as the Anasazi, are scattered throughout Mesa Verde National Park in Colorado (shown here).

The Anasazi arrived in the region as early as A.D. 550, building their homes and cultivating crops on the soaring mesa tops. Around 1150, though, they began to move their dwellings to the alcoves within the canyon walls. Most houses were quite small, but a few reached enormous proportions, housing up 250 people.