He survived against all the odds; now Peng Shulin has astounded doctors by learning to walk again.

When his body was cut in two by a lorry in 1995, it was little short of a medical miracle that he lived. 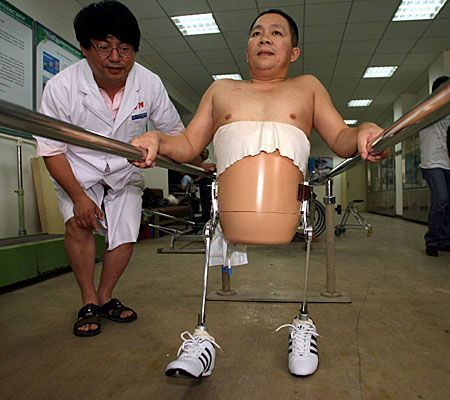 It took a team of more than 20 doctors to save his life..

Skin was grafted from his head to seal his torso – but the legless Mr Peng was left only 78cm (2ft 6in) tall.

Bedridden for years, doctors in China had little hope that he would ever be able to live anything like a normal life again. 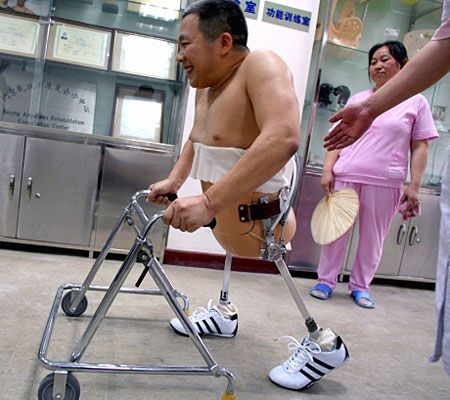