The Mitsubishi Materials Corporation of Japan poured the World’s largest Gold bar. The bar is 17.9 inches by 8.9 inches and 6.7 inches high. All though it takes up the same amount of space as a large shoe box, you would not be able to lift it as It weighs 551.15 pounds. At the time it was poured it was worth $3.7 million. 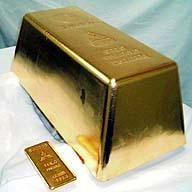 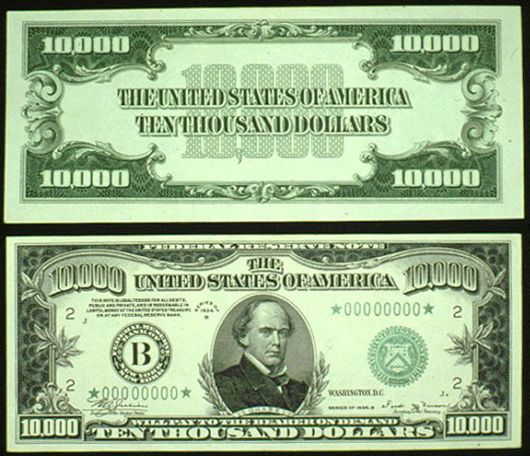 50 Million pennies were added to this "Memorial to the Missing". It is suppose to represent the number of abortions since legalization in 1973. This enclosure weighs 156 tons and is worth a half million dollars. Pylons were driven into the foundation to support the bullet proof glass structure 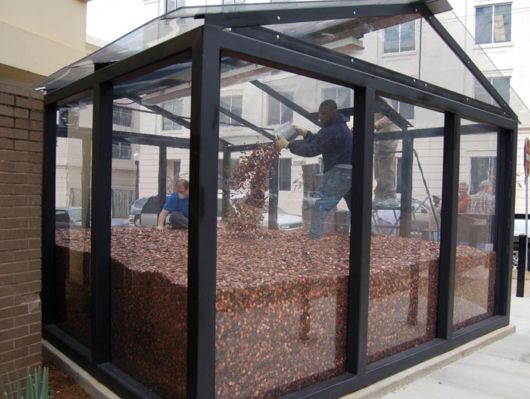 Most people have seen this picture floating around on the internet. Very simple and catchy advertisement. The money was real, but there was a security guard posted to make sure no one tried anything funny, like running over the sign with a SUV.
6. Dress Made With $100,000 Dollars

The dress was made to help promote a new gigantic lottery fund in the UK. The dress is made from Sterling Pound notes. 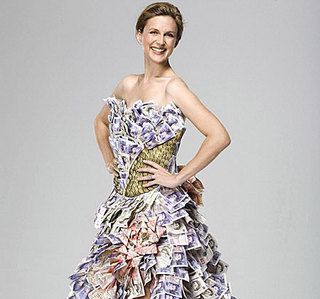 7. Portraits Made of Pennies 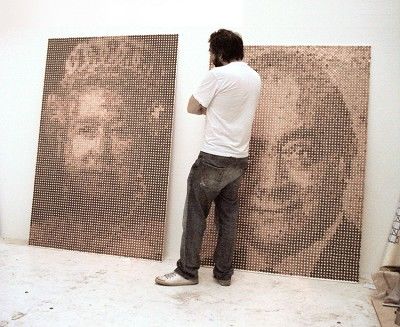 Fort Knox is where the mother lode of Gold is. This is a picture of one of many vaults filled with Gold. 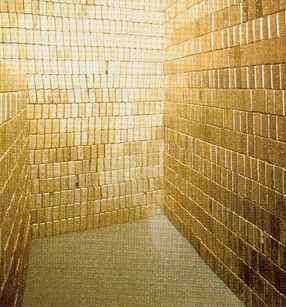 2.3 Tons of pennies sit in this glass box. It is part of a Holocaust 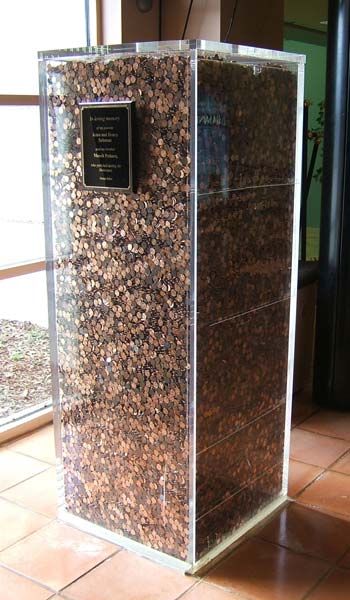 Another favorite that has been circulating the web. This pyramid contains 289,318 pennies to beat an old World Record. The owner has been adding to the pyramid and the website says it now has 403,135 pennies. 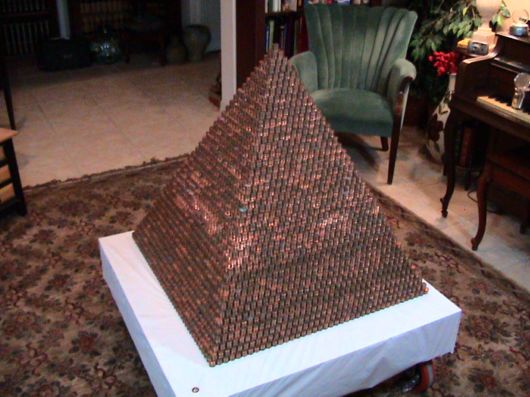 The vault is located at the Federal Reserve Bank of Cleveland. The door has a height of 226 inches and weighs 42 metric tons. It also carries the distinction of having the largest hinge ever built. The vault is not longer in use, but the door remains for historical value. 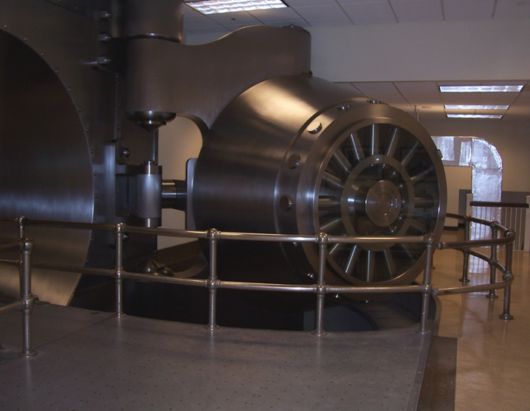 It’s called the "Penny Harvest Field". $1 million dollars worth of pennies were gathered for charity. The exhibit is 30 ft by 165 ft. 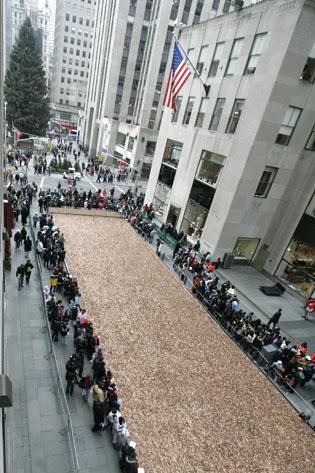 Another internet favorite. $207 million is said to have been taken during a raid on a drug dealer’s house in Mexico. 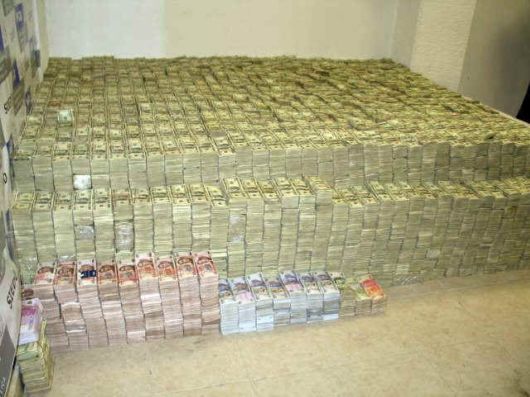 This Gold is part of the New York Federal Reserve Bank. The vault sits on the bedrock of New York 80 feet below the street surface and 50 feet below the sea level. You won’t be digging to get to this one. At the time of the photo, the vault had $86 billion in gold, 269 Troy tons. 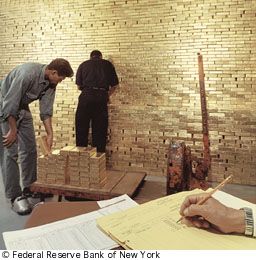 Artist Marc Sky of New Jersey has hundreds of Origami Sculptures made of money. You can order his works online or book him for parties. 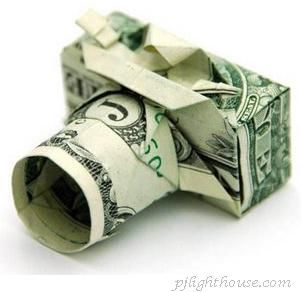 This is the world’s largest Gold Nugget ever found. Discovered in 1872 and is called the Holtermann Nugget. It was 630lbs in weight. 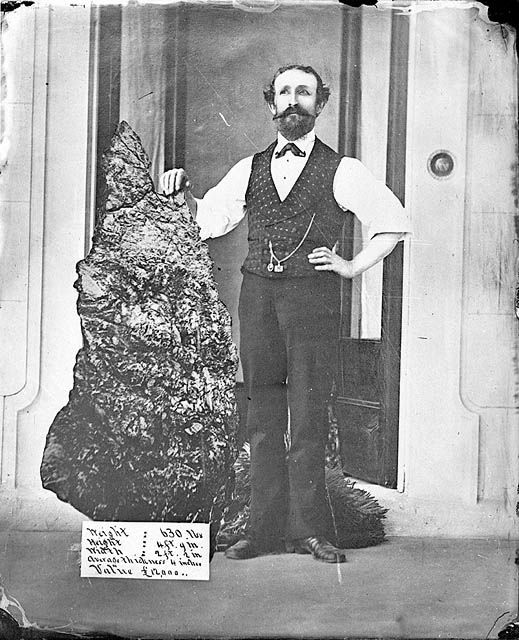 The gold coin contains $2 million worth of gold and weighs in at 220 pounds. It is 20 inches across and 1 inch thick. There are 3 coins like it and they went up on auction last year. 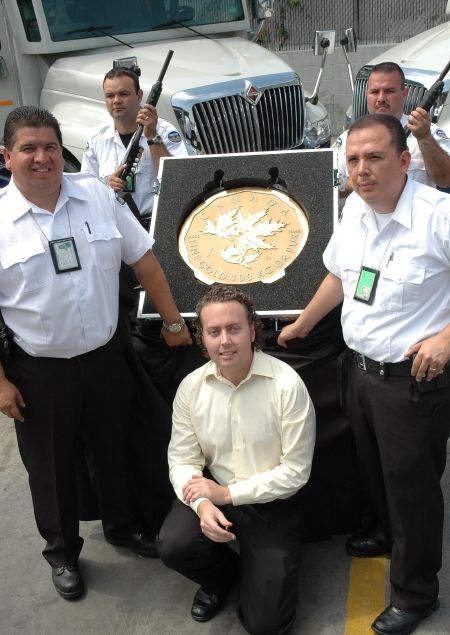 18. Don’t Flush the Money Down the Toilet

Yes, this money seat can be yours for only $60. There are many novelty money seats for sale. 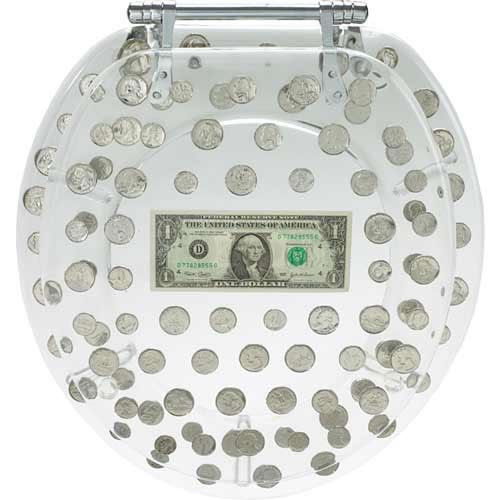 James Ritty an owner of a Saloon in Ohio, invented the first cash register in 1879 to stop his employees from stealing money. Later he sold his cash register company and the new owner added a roll of paper to it and started the first line of registers with receipts. 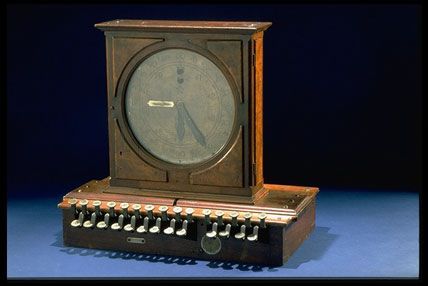 Over $500,000 has been added to the walls and ceilings of this Irish pub. Would hate to see a fire take out this pub. It started with the first waitress who stapled her first tip to the wall. It has grown since then. 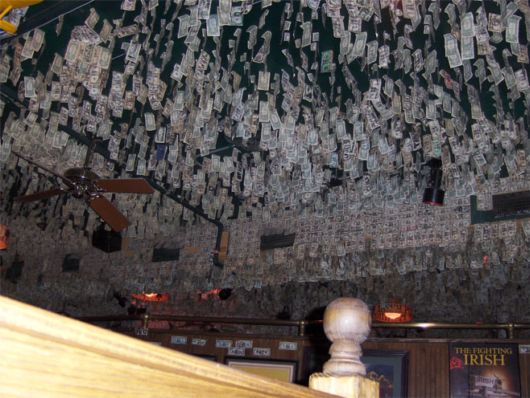 Not too much info here. A woman posed with stack of packages of $1 silver certificates at the Bureau of Engraving and Printing, Washington, D.C. [between ca. 1950 and ca. 1969] 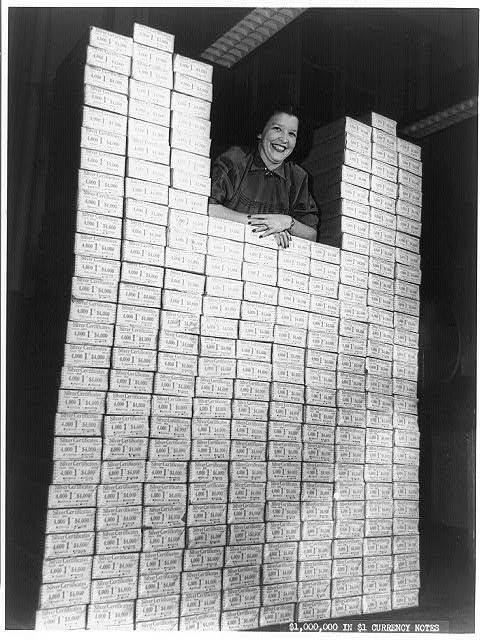 22. Another Vault of Gold

This gold vault hold gold entrust for the owners of the streetTRACKS Gold Shares EFT (AMEX:GLD), the world’s most popular gold fund. 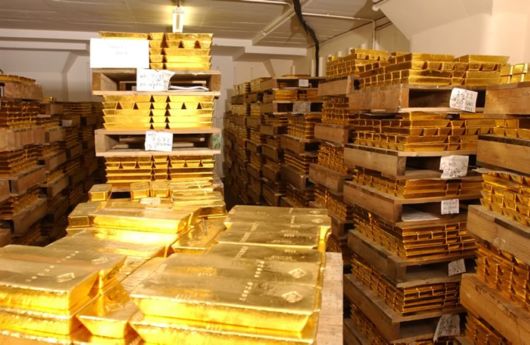 This is a random picture of a money tree. They can be found throughout the world. If you are lucky enough to come across one, grab a seed. 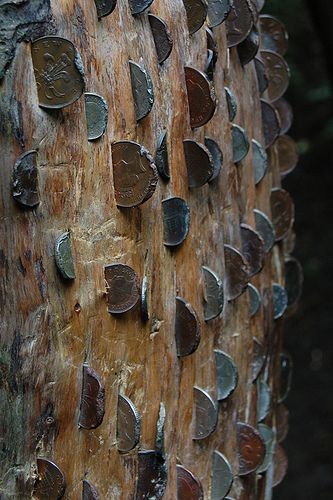 This ceiling can be found in the No Name Pub in Big Pine Key, FL. The whole pub is filled with money on the ceiling and walls. Started in 1931, and feuled by the popularity of Jimmy Buffet, people have continued to put money of the walls. It is estimated that the pub has $750,000 dollars in money on it’s wall. 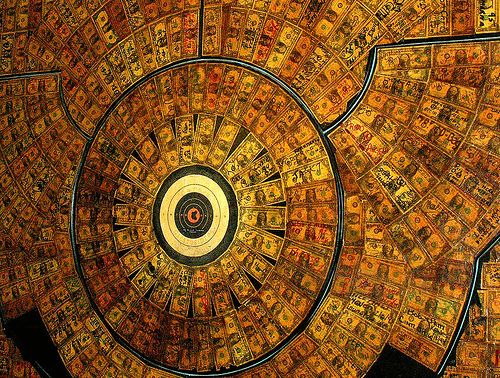