Ever since the Wright Brothers managed to get their Wright flyer airborne in 1903, the history of aviation has been dotted with a number of fascinating, landmark moments. This list will run through 14 of the most innovative, important and incredible airplanes ever to grace the skies, and tell the remarkable stories that made them such trailblazing groundbreakers. 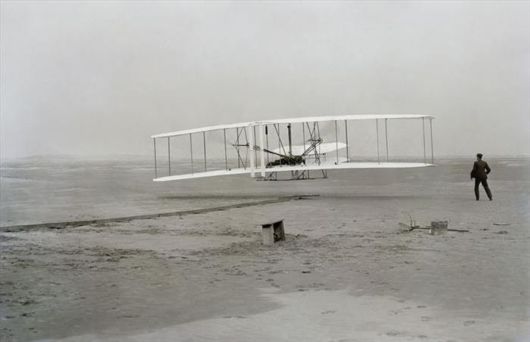 The Wright Flyer is famous for being the first airplane to successfully take flight. Designed and built by pioneering inventors and entrepreneurs Orville and Wilbur Wright, it achieved its feat on the beaches of Kitty Hawk, when Orville Wright piloted the airborne plane for 12 short seconds, covering 120 feet. The flight may have been short, but it was to prove one of the moments of the century, and the brothers toured with their plane to show off their achievements to skeptical audiences throughout the world. It was during this tour that they flew about Le Mans in France and kick-started an aviation revolution across Europe that was to change the world.

The fastest airplane ever built 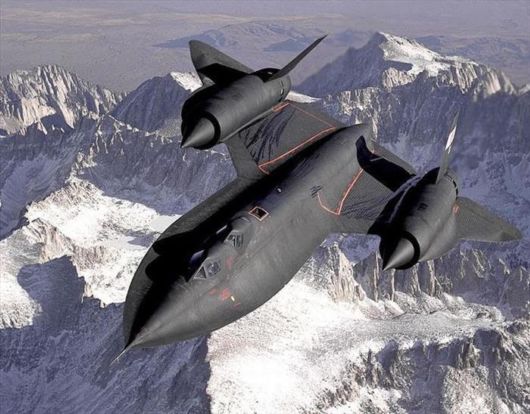 The Lockheed SR71 Blackbird was a long range, strategic reconnaissance aircraft operated by the US Air Force. Despite the fact that the Blackbird last flew in 1999, it still holds the record for the fastest flight speed ever recorded by an air-breathing manned aircraft at 2,193.2mph (3,529kph), a record that it has held – remarkably – since 1976. It once flew from London to New York (a distance of 3461.53 miles or 5,570.79km) in a ridiculously fast 1 hour 54 minutes in 1972, but Incredible speed was not the Blackbird’s only selling point. Throughout its commission it was also the highest flying plane in the world, capable of flying at an altitude of 85,069 feet or 25,929m. Of course, these attributes were not just for show, they helped the plane carry out crucial reconnaissance missions without detection, and evade missile fire when under attack.

The only plane to be manufactured throughout World War II 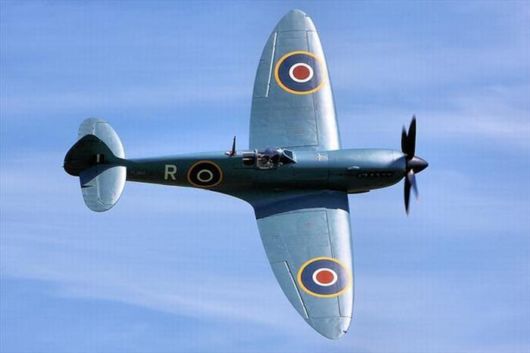 The Supermarine Spitfire was used extensively by the British Royal Air Force and other Allied countries during and beyond World War II. It has achieved iconic status for its role during the Battle of Britain when used by heavily outnumbered allied pilots to repel invaders from the German Luftwaffe. It was also produced in greater numbers than any other British aircraft, and was the only plane to be continuously manufactured throughout the war. It remained in production until 1954.

The first plane to fly a paying passenger 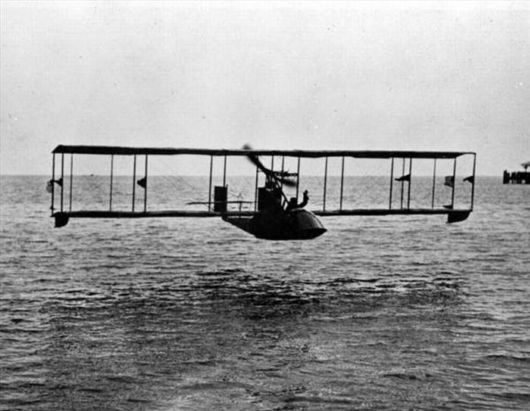 The Wright Brothers had proved that man’s dream of flying could become reality, but it was left to a tiny plane called the Benoist XIV to bring that dream to the paying market. The small plane was specifically designed in the hope of carrying passengers, but suffered problems in its early days. The summer of 1913 saw its first attempts to establish itself as a passenger plane, but the plan failed and the aircraft was a wrecked. It wasn’t until the winter of 1914 that the designer Thomas Benoist partnered with businessman Percival Fansler to offer commercial flights between the Florida cities of St Petersburg and Tampa. Finally, on January 10th 1914 pilot Tony Jannus flew former St Petersburg mayor Abram C. Pheil across the route for the princely sum of $400.00. Although regular flights were priced at $5.00, Pheil had paid more at auction for the honor of being the very first passenger. 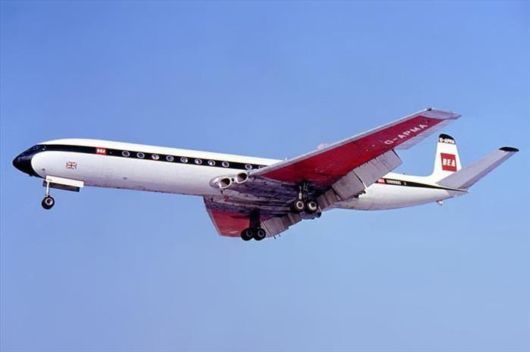 The de Havilland Comet is regarded as both a trailblazer and a tragedy by aviation historians. It was the first jet-powered passenger plane, capable of cruising at high altitudes – and brought with it new levels of comfort and fresh possibilities for passenger flights. However, the Comet was beset by design faults leading to a number of awful accidents including three incidents in 1954 where planes broke up in mid-air. The tragedies ushered in a new era of extensive accident investigation and informed future aircraft design testing as engineers learned from the mistakes made by the Comet’s designers, including the use of catastrophically inadequate airframes. 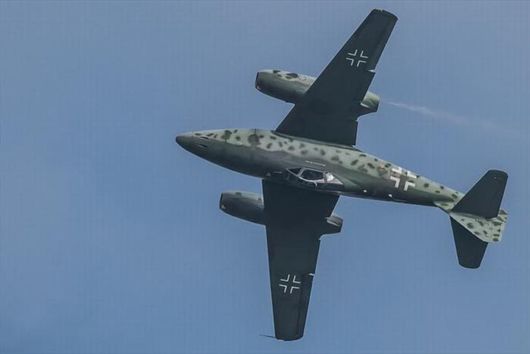 The German built Messerschmitt Me 262 become the first jet-powered fighter aircraft when it was first commissioned in 1942, bolstering the Luftwaffe fleet in the middle of World War II. Allied attacks on fuel supplies and problems with the reliability of the engines meant that its impact on the direction of the War was not as great as the German military hoped, and it was not in production for very long. However, its jet engines offered a degree of maneuverability and speed that was not replicated elsewhere at the time, and its design would inspire future military aircraft into the jet-powered age.

The first human powered aircraft to cross the English Channel 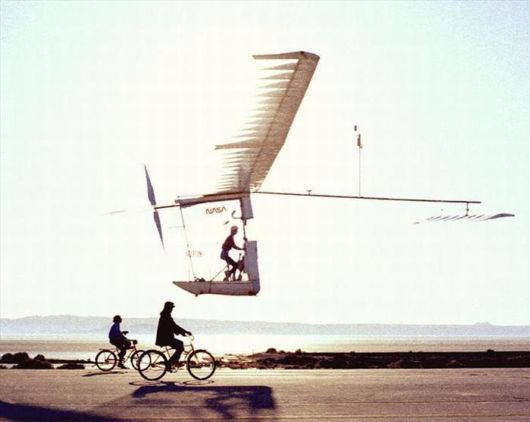 At first glance, you could be forgiven for thinking that the Gossamer Albatross was the product of aviation experimentation in the early 20th century. However, it was actually designed and built in the late 1970s. Paul B. McGready was the man behind the concept, and the Albatross was intended as a man-powered craft capable of long distance travel. On June 12th 1979, it achieved its ultimate goal when amateur cyclist and keen pilot Bryan Allen successfully flew it from England to France in 2 hours 49 minutes, reaching a top speed of 18mph. The super-lightweight composition of the Albatross has gone on to inspire the design of solar powered electric aircraft seen today.

The first plane to have a life-saving ‘whole-airplane parachute’ 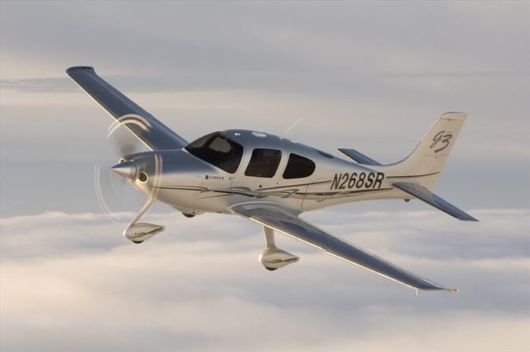 The Cirrus SR22 has been the best selling single-engine, four-seater aircraft since it was introduced in 2001 – and for good reason. It features a composite construction fitted with a parachute that works on the entire plane. The parachute system has saved well over 100 lives over the course of the Cirrus’s production run, and has given confidence to budding pilots who can take the controls without the same levels of danger associated with other light aircraft. 19 year old Ryan Campbell flew in a Cirrus when he became the youngest pilot to fly around the world in 2014.

Brought supersonic flights to the masses 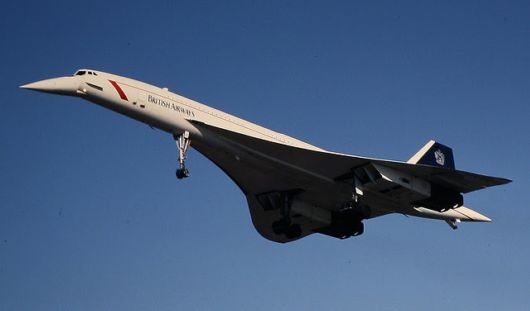 Concorde is one of only two supersonic jets to ever carry commercial passengers and became synonymous with luxury travel and wealth. It first flew in 1969, but was not actually the first of its type – the Soviet built Tupolev Tu-144 beat it into flight by two months and the two types of plane were to be pitted in a commercial battle for years to follow. However, it was Concorde’s distinctive design that became best known throughout most of the world, and it remains an iconic symbol of aviation history today, even though it took its last flight (in a blaze of publicity) in 2003. 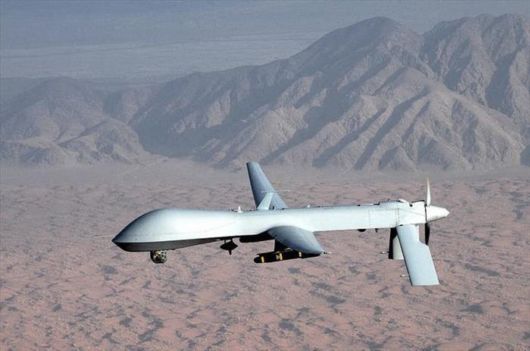 The MQ-1 Predator was the first ‘unmanned aerial vehicle’ (more commonly known as ‘drone’) to be used in conflict. It is capable of being piloted remotely for up to 14 hours, monitoring its target and completing missions before returning to base. The plane has been used on reconnaissance missions primarily but is also capable of firing missiles, making it a trailblazer for a new era of drone warfare that is changing the face of military conflict.

The first plane to cross the English Channel 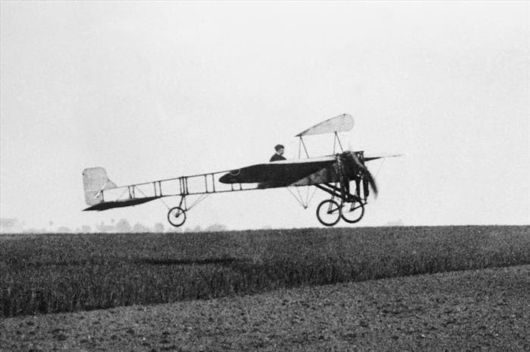 The Blériot XI was designed and piloted by Frenchman Louis Blériot, becoming the first aircraft to successfully fly the 22 miles of the English channel on July 25th 1909. The accomplishment was one of the foremost achievements of the ‘pioneer era’ of aviation in the early 20th century, and sees Blériot take his place alongside the likes of the Wright Brothers as one of the most influential innovators of early aircraft design. His achievements changed the way aviation was viewed and inspired the famous ‘Britain is no longer an island’ headline from British newspaper the Daily Express once news of the successful Channel crossing broke. 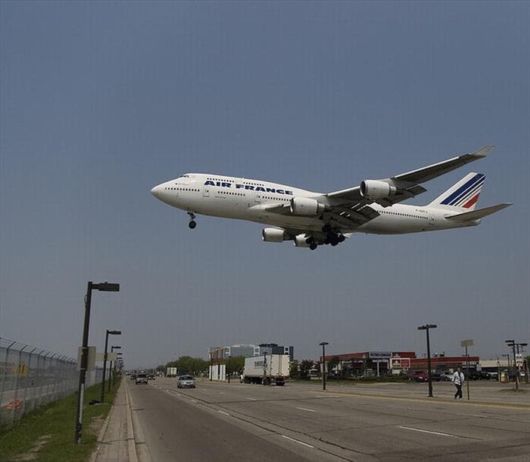 The Boeing 747 was the original ‘jumbo jet’ built to transport more passengers than ever to faraway vacations. Much of the increase was provided by the ‘upper deck’, typically reserved for first class passengers. For 37 years it held the record for passenger capacity, after being originally introduced in 1970, and its design was even more impressive considering engineers had to hand-draw 75,000 technical sketches in the days before computers could do the job for them. The design was so good, in fact, that further advancements stalled and commercial passenger aviation remained unchanged for a number of years.

The first aircraft to break the speed of sound 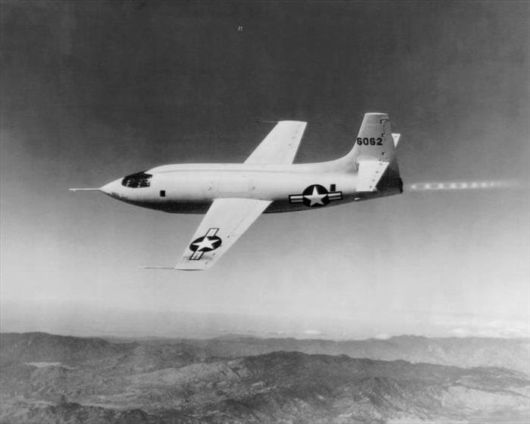 The Bell X-1 was the product of a research experiment by the National Advisory Committee for Aeronautics and the US Air Force, designed in 1944 and built in 1945. It was intended to break the sound barrier, and it did, achieving the first Mach 1 flight ever on October 14th 1947, in a plane pilot Chuck Yeager named Glamorous Glennis after his wife. The legacy of the Bell X-1 was vast as the research techniques informed future designs of supersonic aircraft and the flight data was crucial to American military design in the latter half of the 20th century.

The airplane powered by the sun

Solar Impulse represents the fruits of a Swiss led project to build a solar powered aircraft capable of flying long distances. The project has been in development since 2003 and has achieved a number of successes, included manned test flights, a continental flight across the USA and a re-design that saw the development of Solar Impulse 2, a second model that is currently on a round-the-world trip conducted in 13 stages over two years. As of the 23rd of October 2015, Solar Impulse 2 has completed 8 of those stages and sits in Hawaii ready to complete the final 5 stages of its journey back to Abu Dhabi, from where its journey began in March 2015.