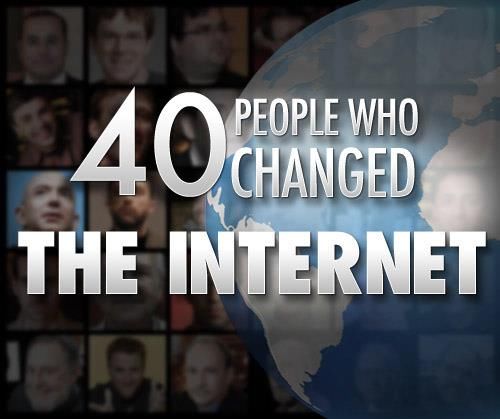 The world has become tightly connected since the internet.
The web itself has replaced the practice of reading newspaper.
Most of us now communicate through e-mails instead of paper and pen. We now watch networks or movies online, it has even become a wide business venture, so much so we can now make purchase and pay our bills through the internet. The web has  also transformed friendships through various social media. It also provides us the possibility to reconnect with people from our childhood and it can be a life changing event.

Having a great idea is one thing. Turning that idea into a booming company through innovation and execution is what that matters most. Here, these are the people who have the biggest impact on the direction of the web: past, present, and future.They changed the internet and revolutionized the way we lead our lives today. Just imagine the world without internet. You can’t because it has become our daily life.

1. Vint Cerf And Bob Kahn – Father of the Internet.
The Father of Internet, Vint Cerf, together with Bob Kahn, created the TCP/IP suite of communication protocols, a language used by computers to talk to each other in a network. Vint Cerf once said that the internet is just a mirror of the population and spam is a side effect of a free service. 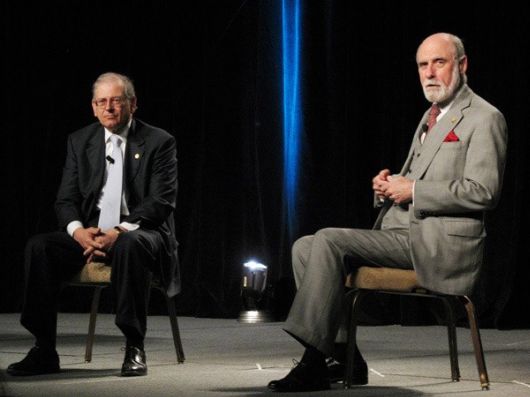 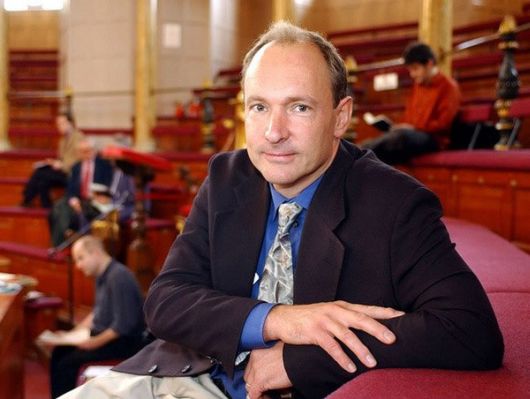 3. Ray Tomlinson – Father of Email
Programmer Ray Tomlinson, the Father of Email, made it possible to exchange messages between machines in diverse locations; between universities, across continents, and oceans. He came up with the "@" symbol format for e-mail addresses. Today, more than a billion people around the world type @ sign every day. 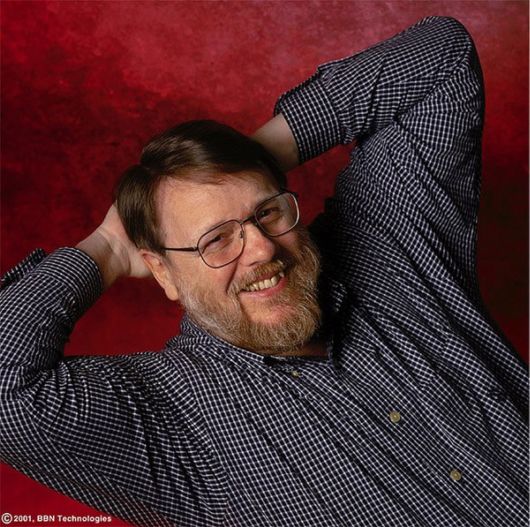 4. Michael Hart – The birth of eBooks
Michael Hart started the birth of eBooks and breaks down the bars of  ignorance and illiteracy. He created the Project Gutenberg and was considered world’s first electronic library that changed the way we read. The collection includes public domain works and copyrighted works with express permission. 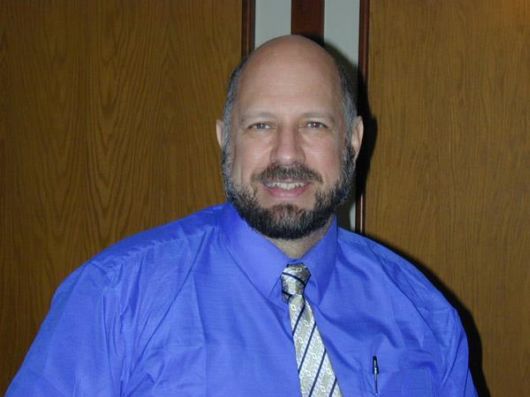 5. Gary Thuerk – The first Email spam
Spamming is an old marketing technique. Gary Thuerk, sent his first mass e-mailing to customers over the Arpanet for Digital’s new T-series of VAX systems. What he didn’t realize at the time was that he had sent the worlds’ first spam 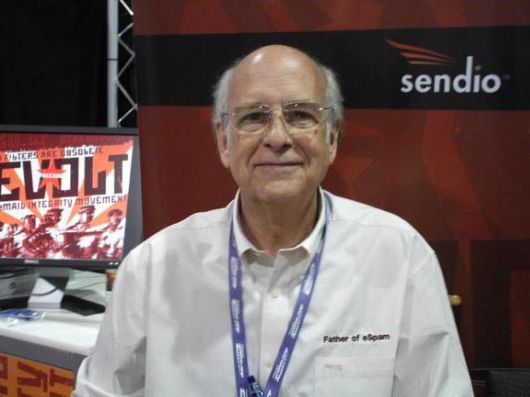 6. Scott Fahlman – The first emoticon
Scott Fahlman is credited with originating the first ASCII-based smiley emoticon, which he thought would help to distinguish between posts that should be taken humorously and those of a more serious nature. Now, everybody uses them in messenger programs, chat rooms, and e-mail. 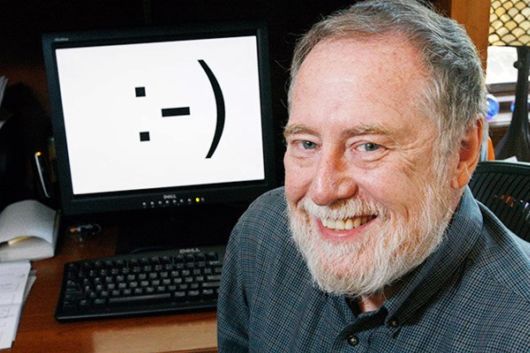 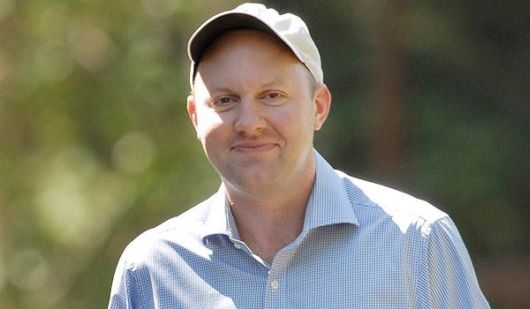 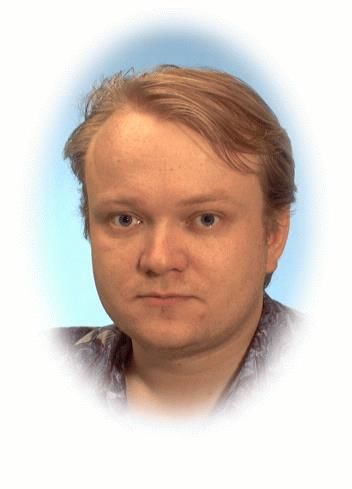 9. Robert Tappan Morris – First Worm Virus
The concept of a worm virus is unique compared to the conventional hacking.
Instead of getting into a network themselves, they send a small program they have coded to do the job. From this concept, Robert Tappan Morris created the Morris Worm. It’s one of the very first worm viruses to be sent out over the internet that inadvertently caused many thousands of dollars worth of damage and "loss of productivity" when it was released in the late 80s. 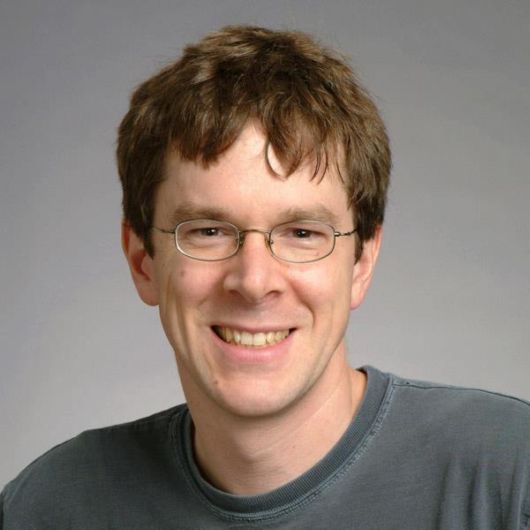 10. David Bohnett – Geocities
David Bohnett founded GeoCities in 1994, together with John Rezner.
It grew to become the largest community on the Internet. He pioneered and championed the concept of providing free home pages to everyone on the web. The company shut down the service on October 27, 2009. 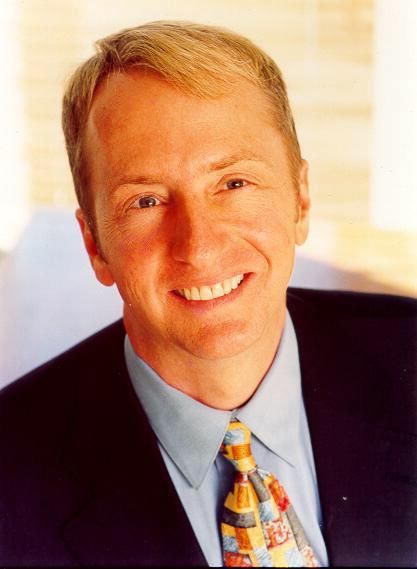 11. Ward Cunningham – The first Wiki.
American programmer, Ward Cunningham, developed the first wiki as a way to let people collaborate, create and edit online pages together. Cunningham named the wiki after the Hawaiian word for quick. 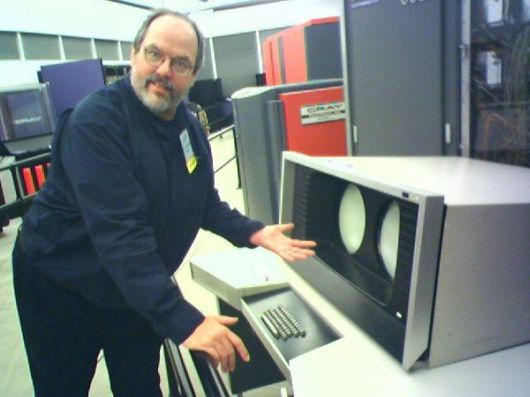 12. Sabeer Bhatia – Hotmail
Sabeer Bhatia founded Hotmail in which the uppercase letters spelling out HTM – the language used to write the base of a webpage. He got in the news when he sold the free e-mailing service, Hotmail to Microsoft, for $400 million. He was awarded the Entrepreneur of the Year" by Draper Fisher Jurvertson in 1998 and was noted by TIME as one of the "People to Watch" in international business in 2002. His most exciting acquisition of 2009 was Jaxtyr which he believes is set to overtake Skype in terms of free global calling. 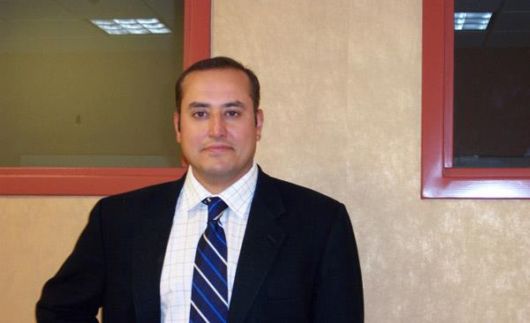 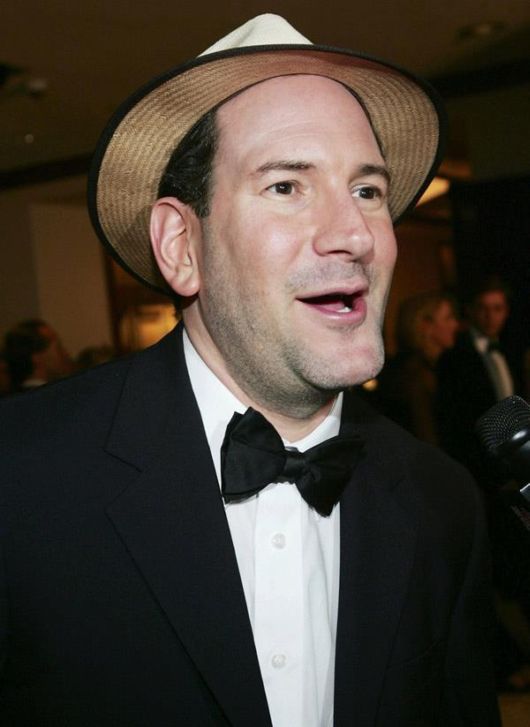 14. Larry Page and Sergey Brin – Google (wikipedia)
Larry Page and Sergey Brin changed the way we search and use the Internet. They worked as a seamless team at the top of the search giant. Their company grew rapidly every year since it began. Page and Brin started with their own funds, but, the site quickly outgrew their own existing resources. They later obtained private investments through Stanford. Larry Page, Sergey Brin and their company Google, continue to favor engineering over business. 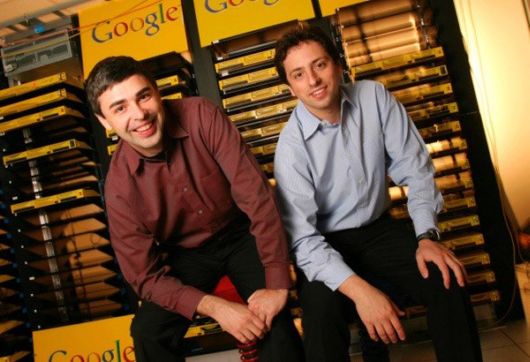 15. Bill Gates – Microsoft
Bill Gates founded the software company called "Micro-Soft," a combination of "microcomputer software." Later on, Bill Gates developed a new GUI (Graphical User Interface) for a disk operating system. He called this new style Windows. He has all but accomplished his famous mission statement, to put "a computer on every desk and in every home," at least, in developed countries. 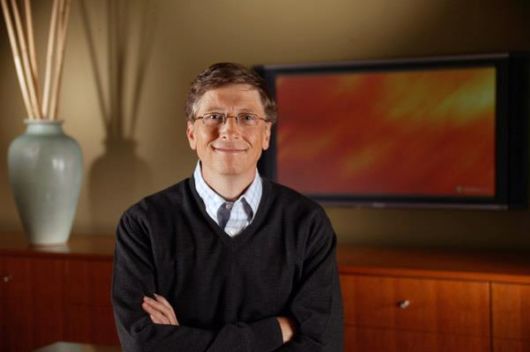 16. Steve Jobs – Apple
Steve Jobs innovative idea of a personal computer led him into revolutionizing the computer hardware and software industry. The Apple founder changed the way we work, play and communicate. He made simple and uncluttered web design stylish. The story of Apple and Steve Jobs is about determination, creative genius, pursuit of innovation with passion and purpose. 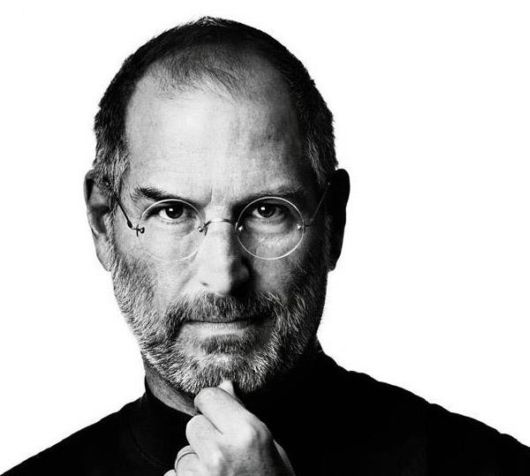 17. Brad Fitzpatrick – LiveJournal
Brad Fitzpatrick created LiveJournal, one of the earliest blogging platforms. He is seen on the Internet under the nickname bradfitz. He is also the author of a variety of free software projects such as memcached, used on LiveJournal, Facebook and YouTube. LiveJournal continues today as an online community where people can share updates on their lives via diaries and blogs.Members  connect by creating a "friends list" that links to their pals’ recent entries. 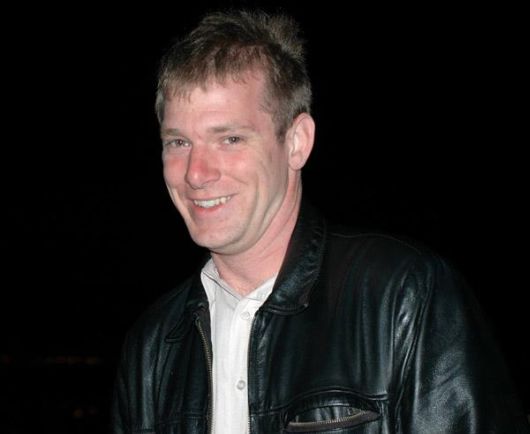 18. Shawn Fanning – Napster
Shawn Fanning developed Napster, a peer-to-peer file-sharing program  designed to let music fans find and trade music. Users put whatever files they were willing to share with others into special directories on their hard drives. The service had more than 25 million users at its peak in 2001, and was shut down after a series of high-profile lawsuits, not before helping to spark the digital music revolution now dominated by Apple. Napster has since been rebranded and acquired by Roxio. 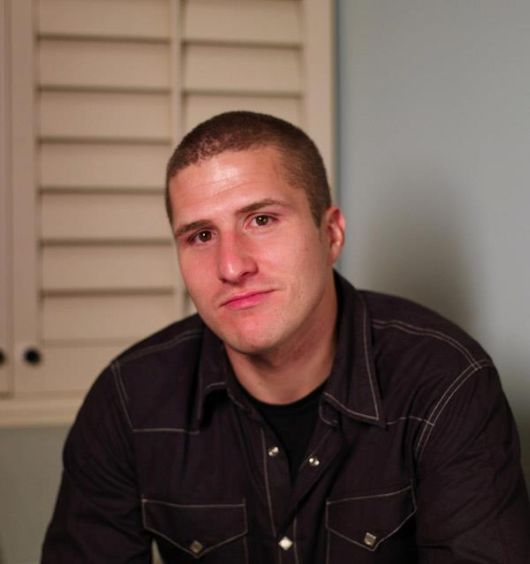 19. Peter Thiel – Paypal.
Peter Thiel is one of many Web luminaries associated with PayPal. PayPal had enabled people to transfer money to each other instantly.PayPal began giving a small group of developers access to its code, allowing them to work with its super-sophisticated transaction framework. Peter Thiel cofounded PayPal at age 31 and sold it to eBay four years later for $1.5 billion. 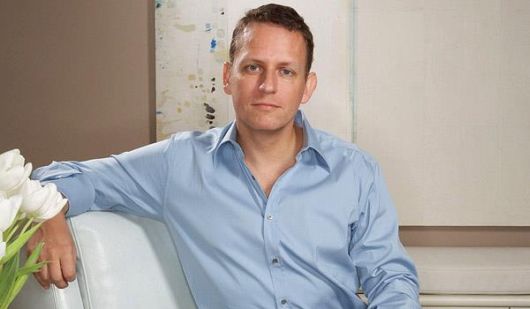