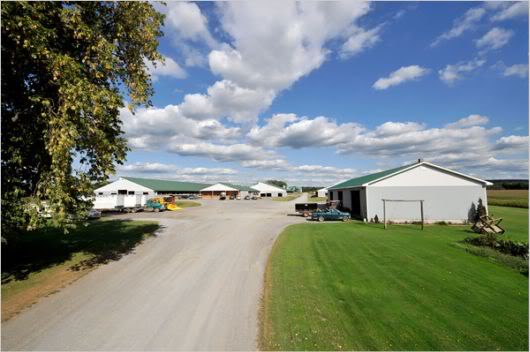 The Green Mountain Dairy farm in Sheldon, Vt., like all dairy farms, is in the business of producing milk. But the farm is also part of a growing alternative energy program that converts the methane gas from cow manure into electricity. 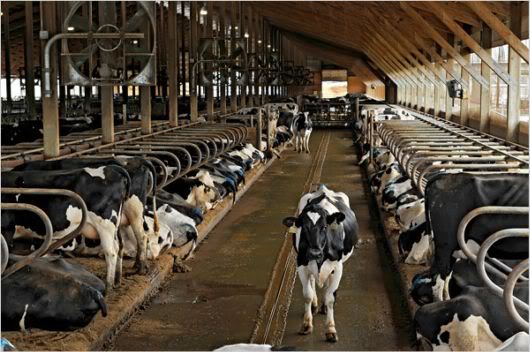 It became one of four in the state that participate in a program with the Central Vermont Public Service. The power the farm generates is sold back to the utility. 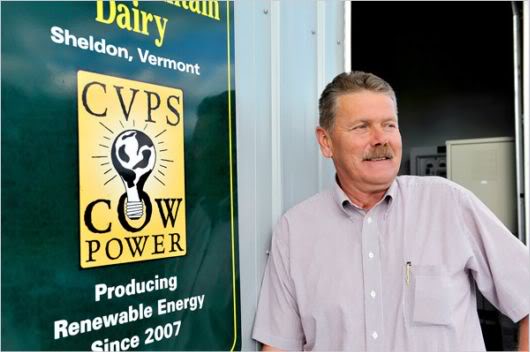 When milk prices dipped, Bill Rowell, left, and his brother Brian decided to use the alternative energy program as another source of income. 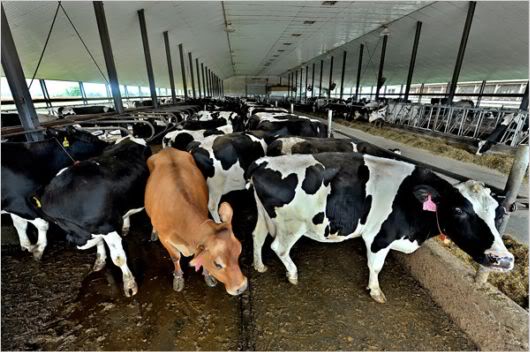 In the barn, a mechanical scraper sweeps the cows’ waste into a large drain. 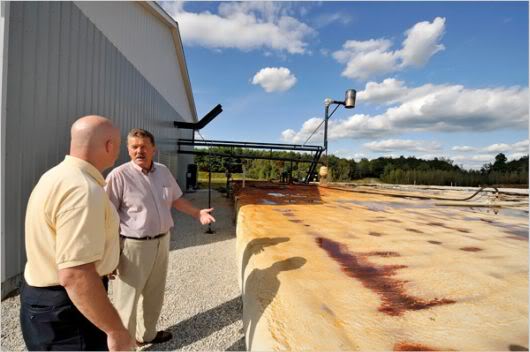 Waste is pumped into a huge sealed concrete tank known as a digester. Bacteria break down the organic matter in the waste, producing a mix of methane and other gases. Dave Bush of Central Vermont Public Service, left, and Mr. Rowell near the 1,000,000 gallon digester. 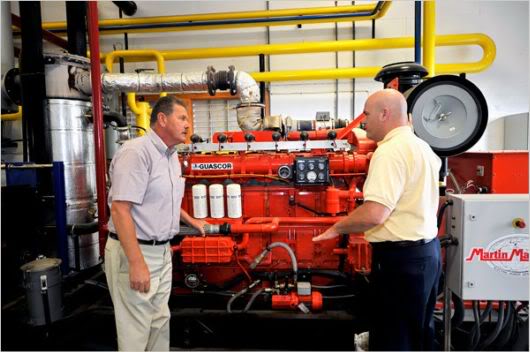 The gases are burned in an engine that runs an electrical generator. The waste produces 250 to 300 kilowatts of electricity daily, enough to power 300 to 350 homes, according to the utility. 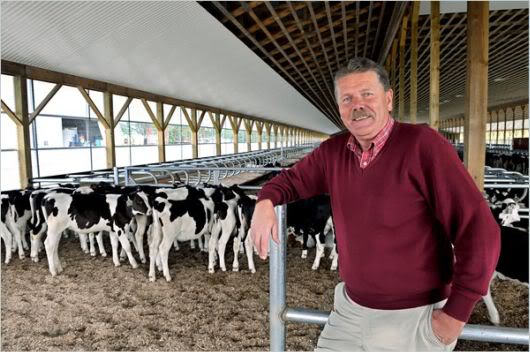 Mr. Rowell and his brother said the farm earned about $200,000 from electricity annually. Electrical customers that prefer to use power that is both renewable and supports local farmers pay a small premium for the energy produced at the dairy.